today it is cool and grey but yesterday was fantastic and we got a ton of stuff done! woohoo! 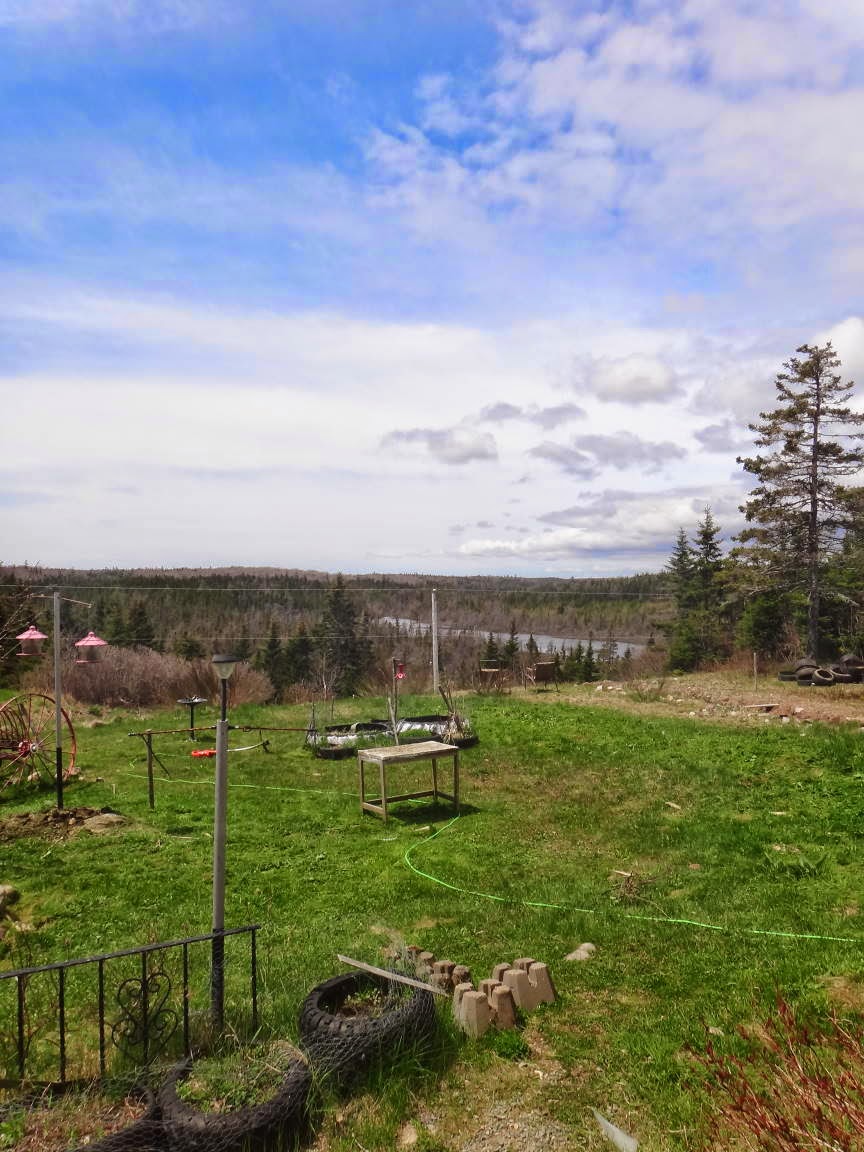 we re-potted all 35 of my little pepper seedlings and put them in the greenhouse! woohoo again! 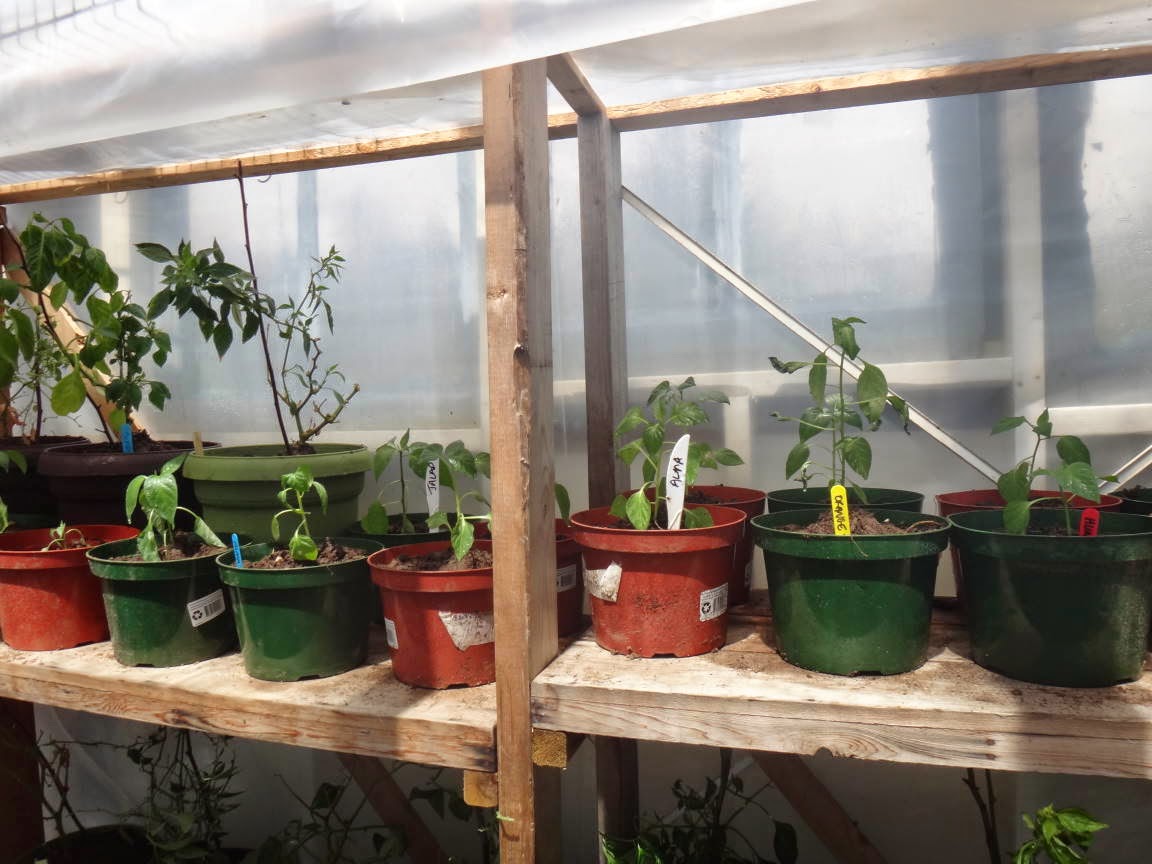 we also re-potted the 11 pepper plants that we over-wintered in the house - some of whom have already produced fruit!!! in MAY!!!! it`s time for a better word than woohoo but i can`t think of one - so woohoo it is!!! 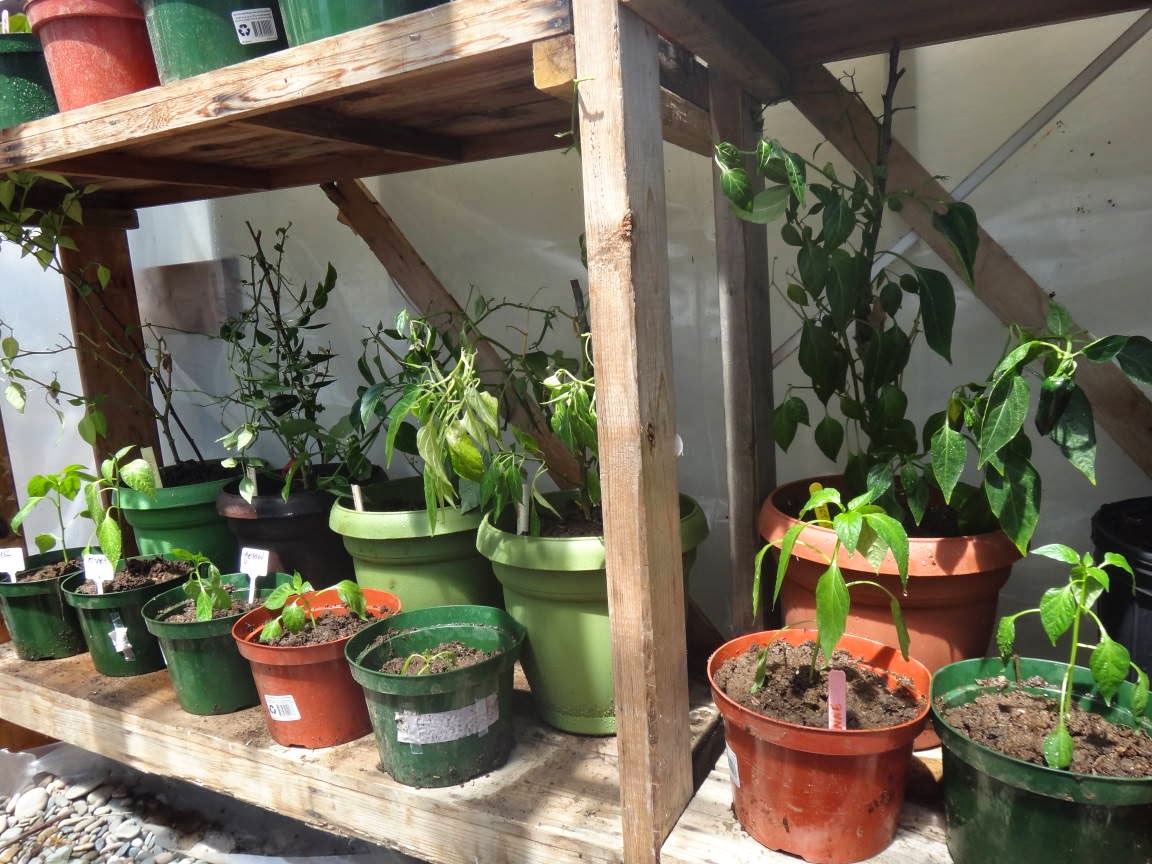 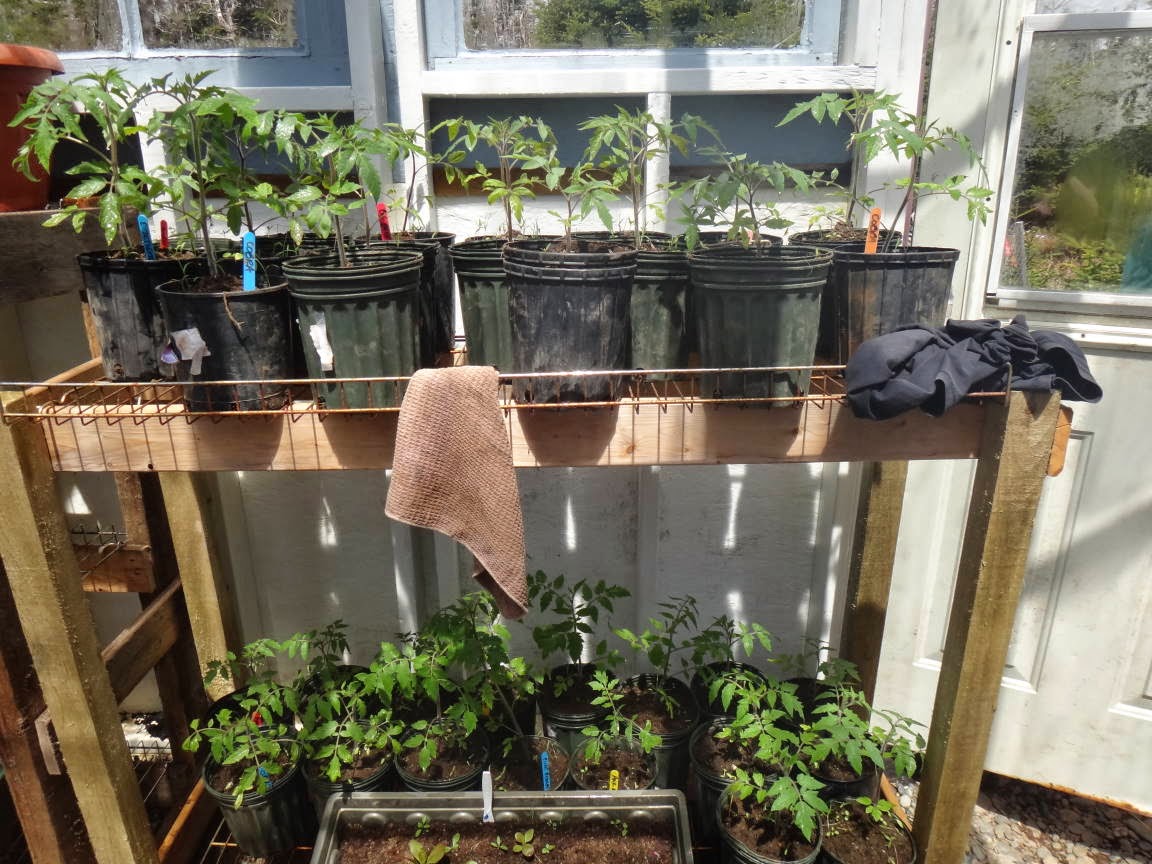 here`s Frankie Blue Eyes sleeping on his little blankey under a coffee table on the porch. he sleeps in the weirdest positions!!! and W, you are welcome - bahahahah! 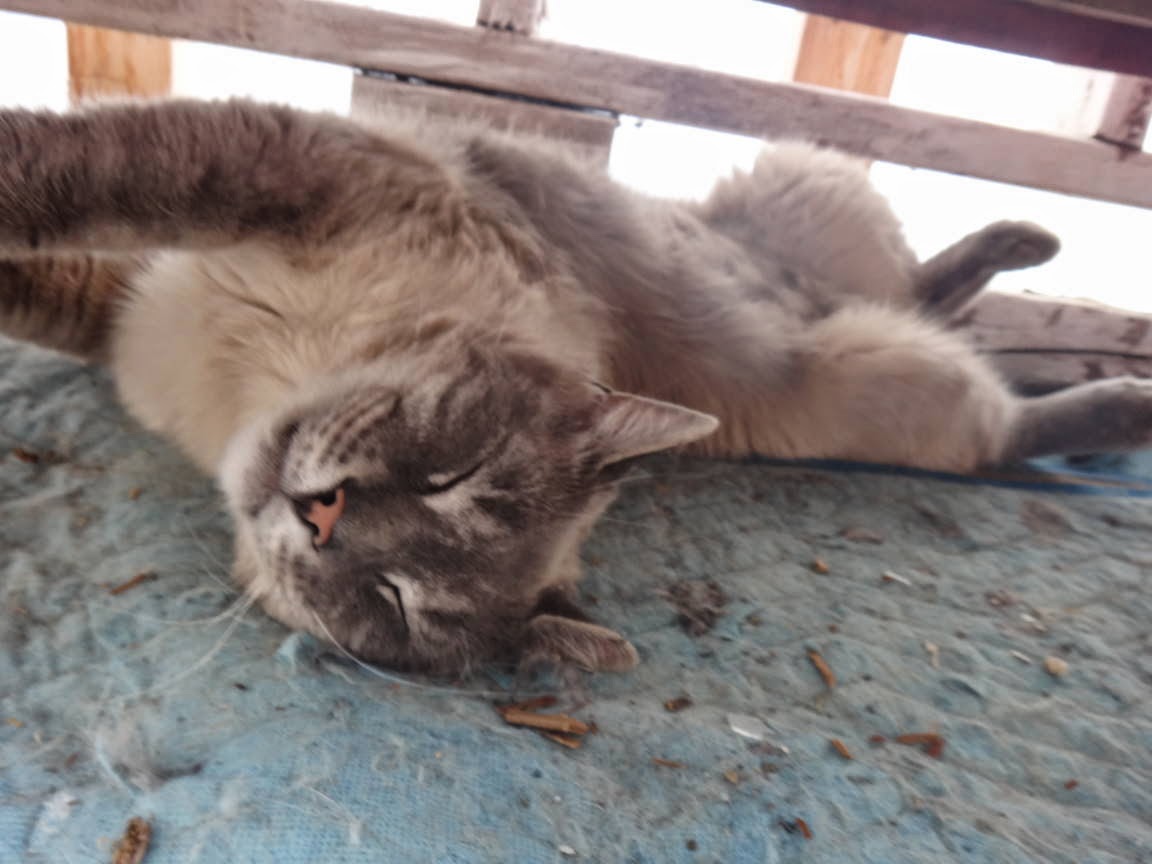 here`s the man out weedwhacking the front yard - it was getting pretty overgrown out there. and now lots of green! there`s that word wahoo again....can`t help myself. just so darn pretty out there now! 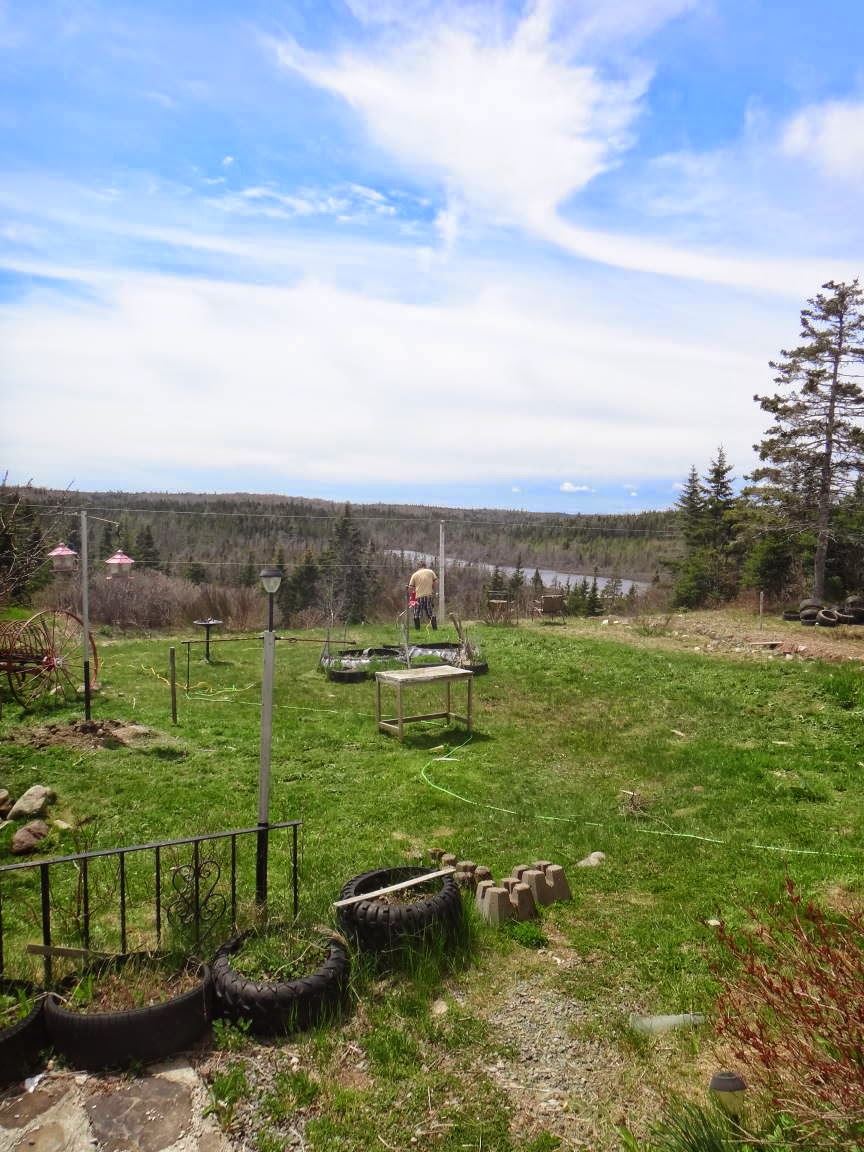 someone (not pointing any fingers at the guy who did the wheedwhacking) hacked a little too close to the daffodils. so i saved this beautiful little guy and he now lives as a centrepiece on the table. i love yellow! 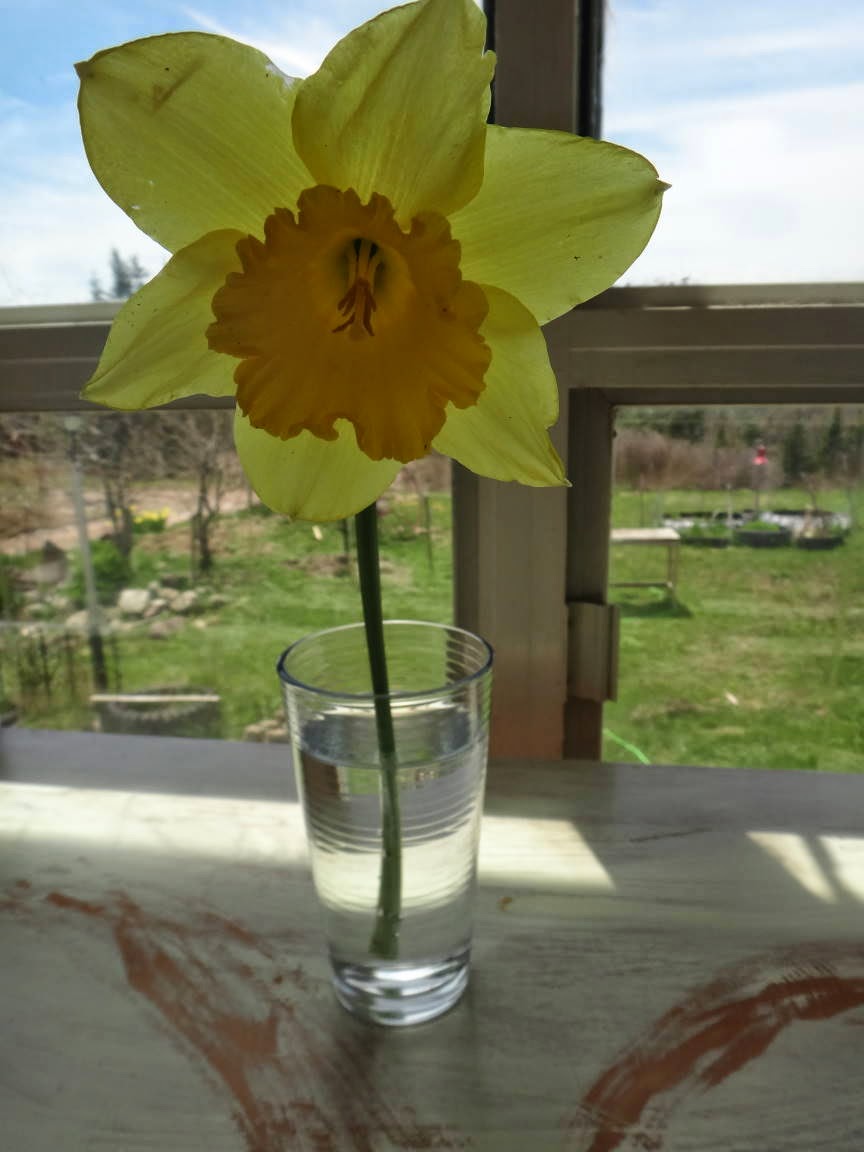 hey check these little babies out! when we were re-potting the peppers that we over-wintered, we plucked the fruit off of any that had fruit. here they are. imagine - our peppers grew fruit in the house IN MAY?!!?!?!?!??!? 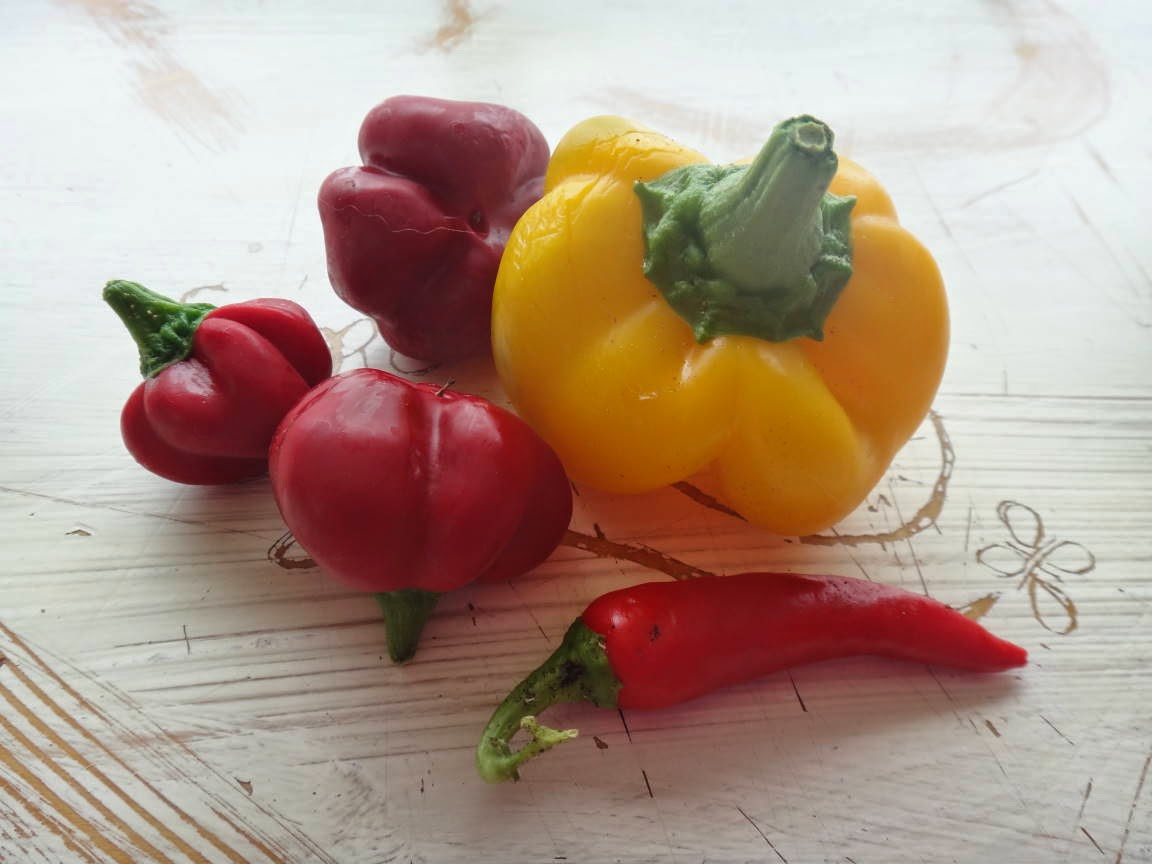 they were promptly added to our own home-grown mesclun lettuce with some shrimp and some homemade caesar dressing. with little pita rondelles - makes a great dinner. 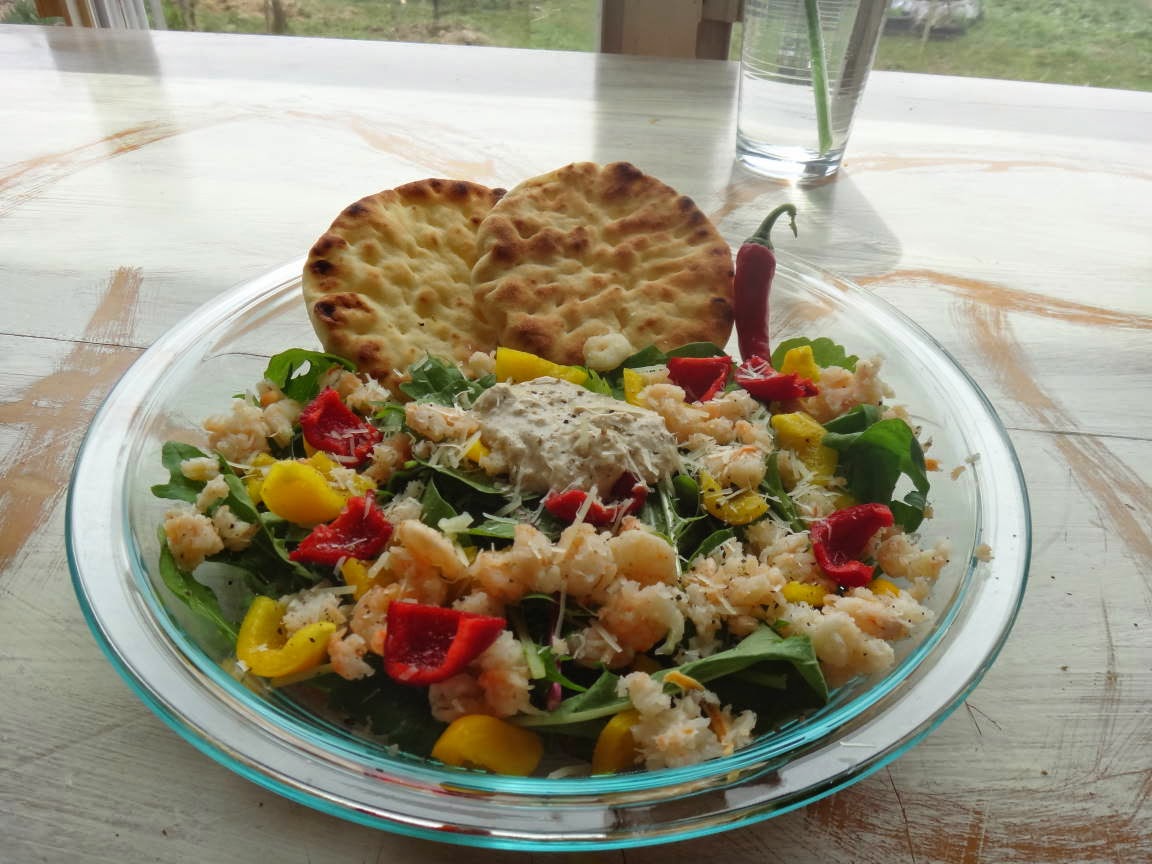 this morning i woke up wanting poached eggs and hollandaise sauce. oh ya baby! on sourdough toast and i also put the hollondaise on the steamed broccoli. 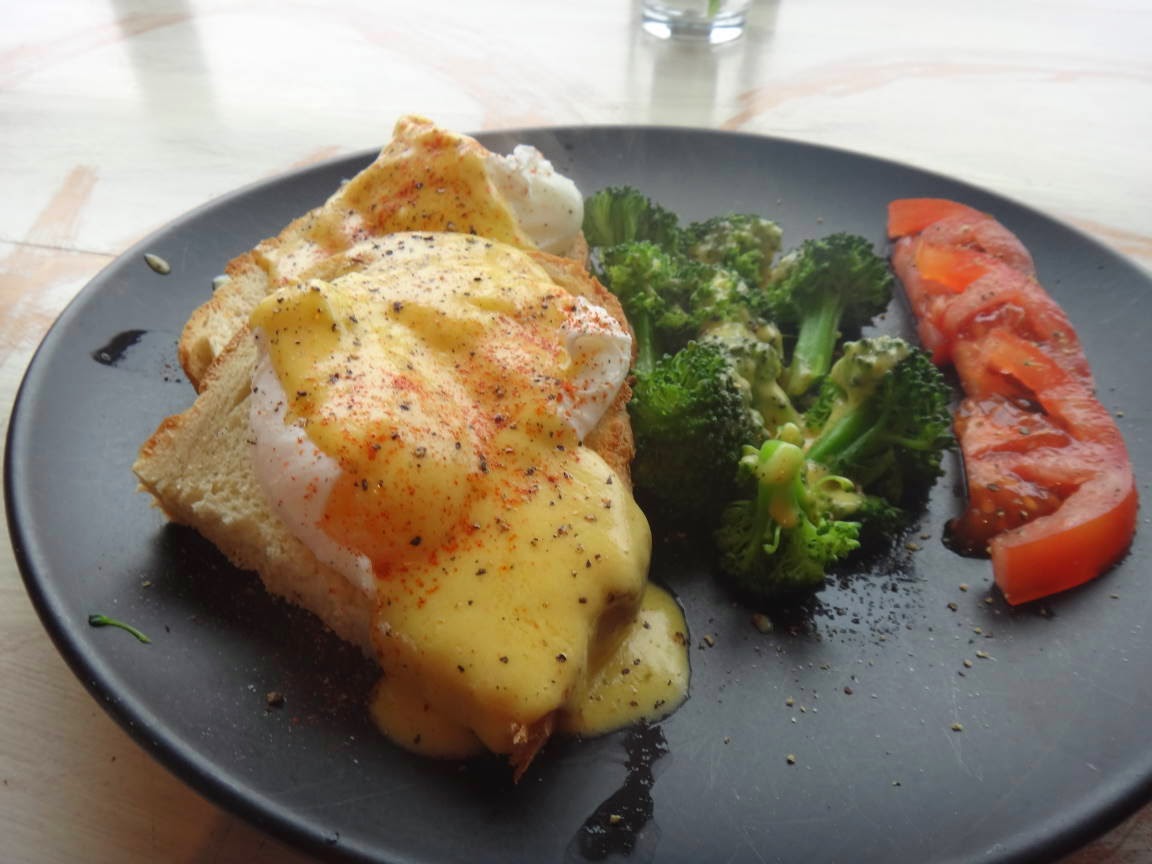 now i am off to catch up on some blogs and then, because it is such a grey day - i think we'll watch a movie. i hope you all have a great day, too!
Posted by kymber at 2:25 PM