sky pics throughout the day's chores

this morning was just gorgeous! another beautiful river day as by 7:30am it was at least 20C outside. 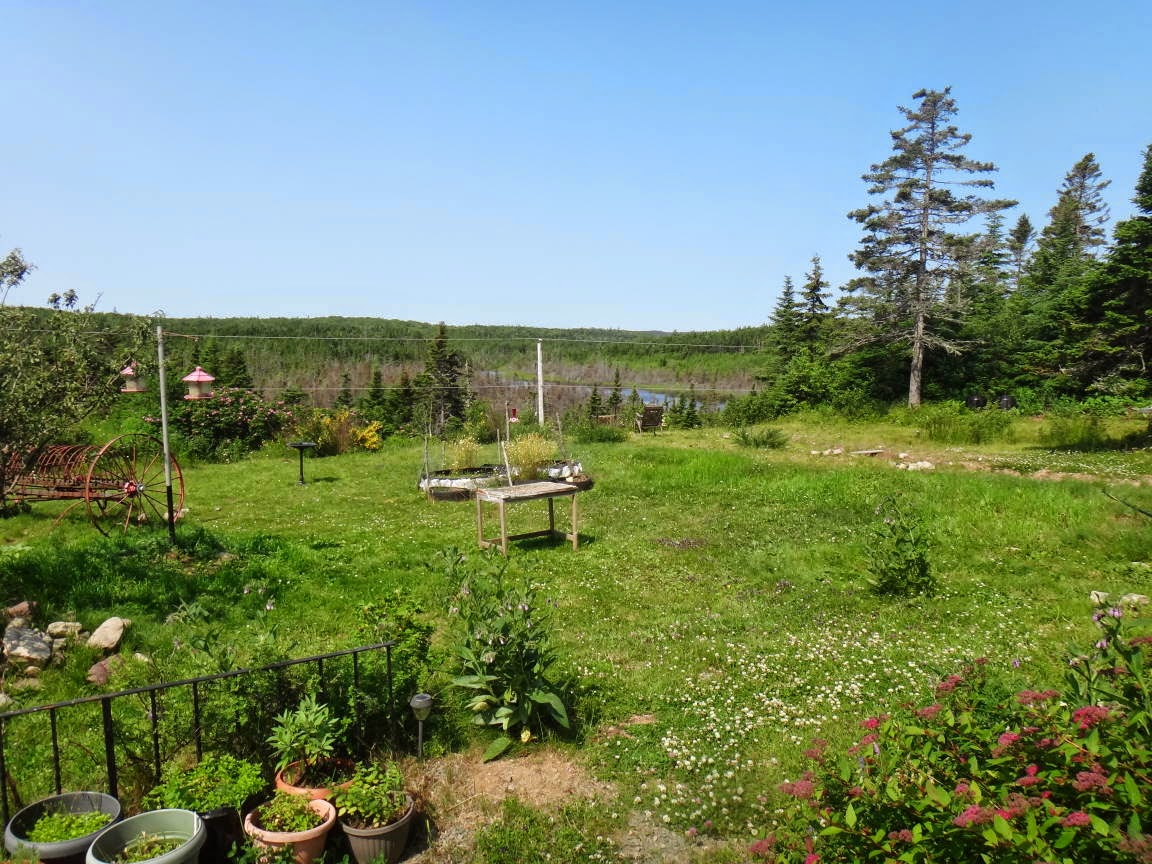 i spoke to the man last night - also spoke to my friend W who kept me from going off the deep end. thanks W! jam assured me that he was having a mighty fine time hanging out with Pioneer Preppy in Toronto! (good one - ya wiener!)

i took pics of the sky all throughout the day as the clouds rolled in. also took a couple of pics of the cats - here's Frankie Blue Eyes, sleeping sideways one way and sideways the other, under the deck couch and up against the house: 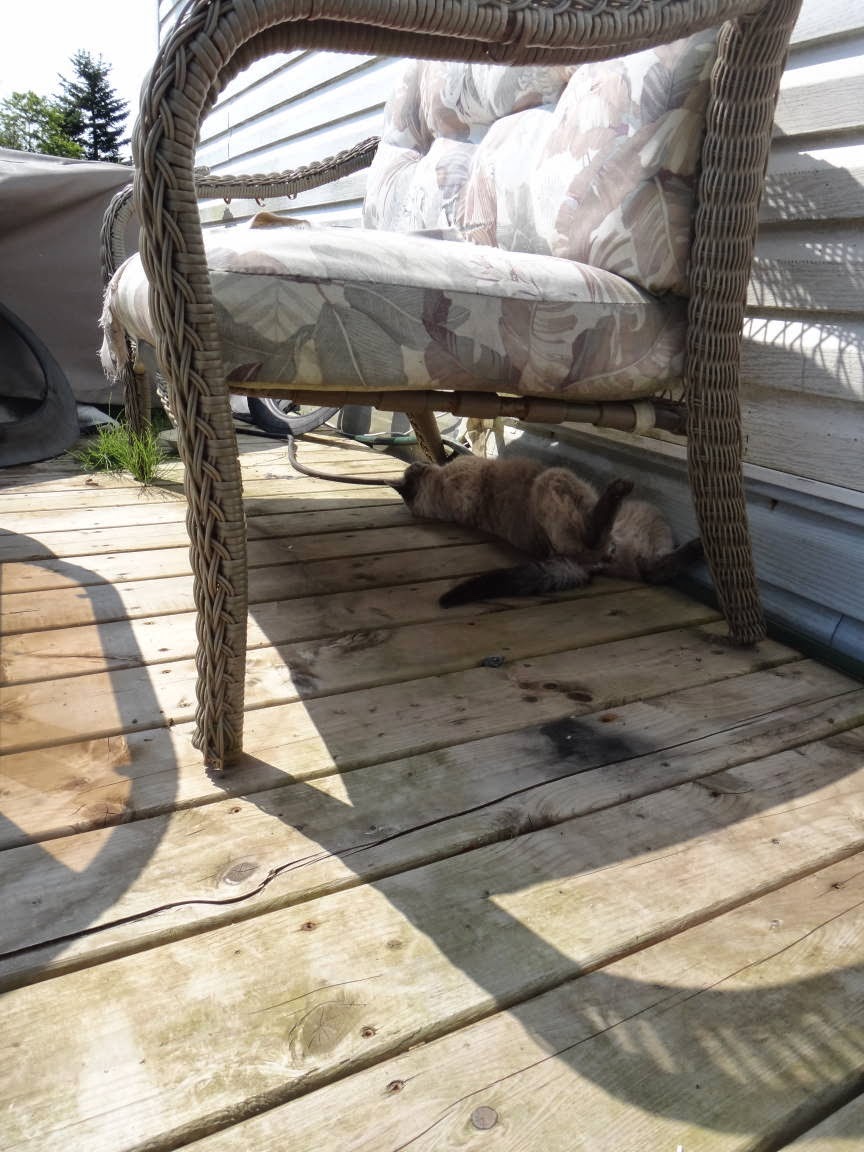 Moe was sleeping right beside him...sort of under the hottub cover and a tire: 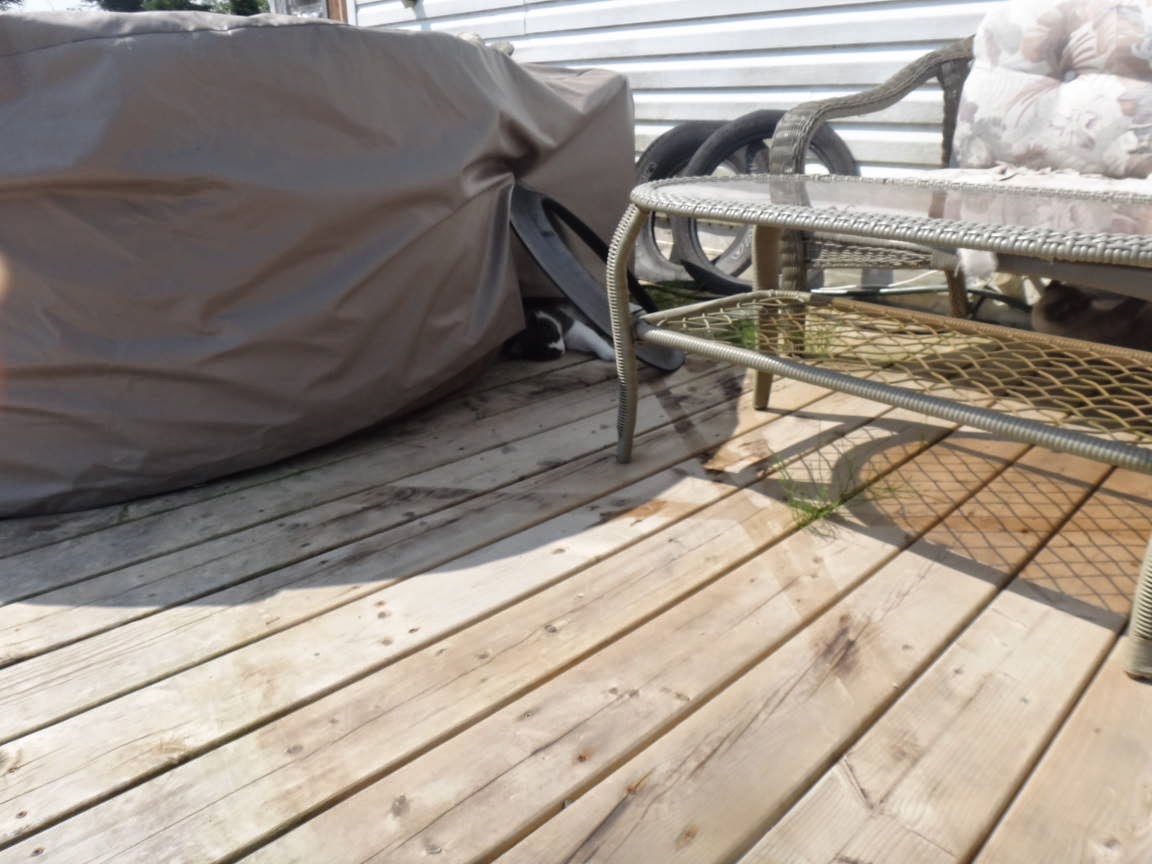 while watering the garden in fits and starts - i would run out for 15 minutes and water what i could and then run back into the house - the blackflies and deerflies were murder! i also took pics of the beautiful sky! 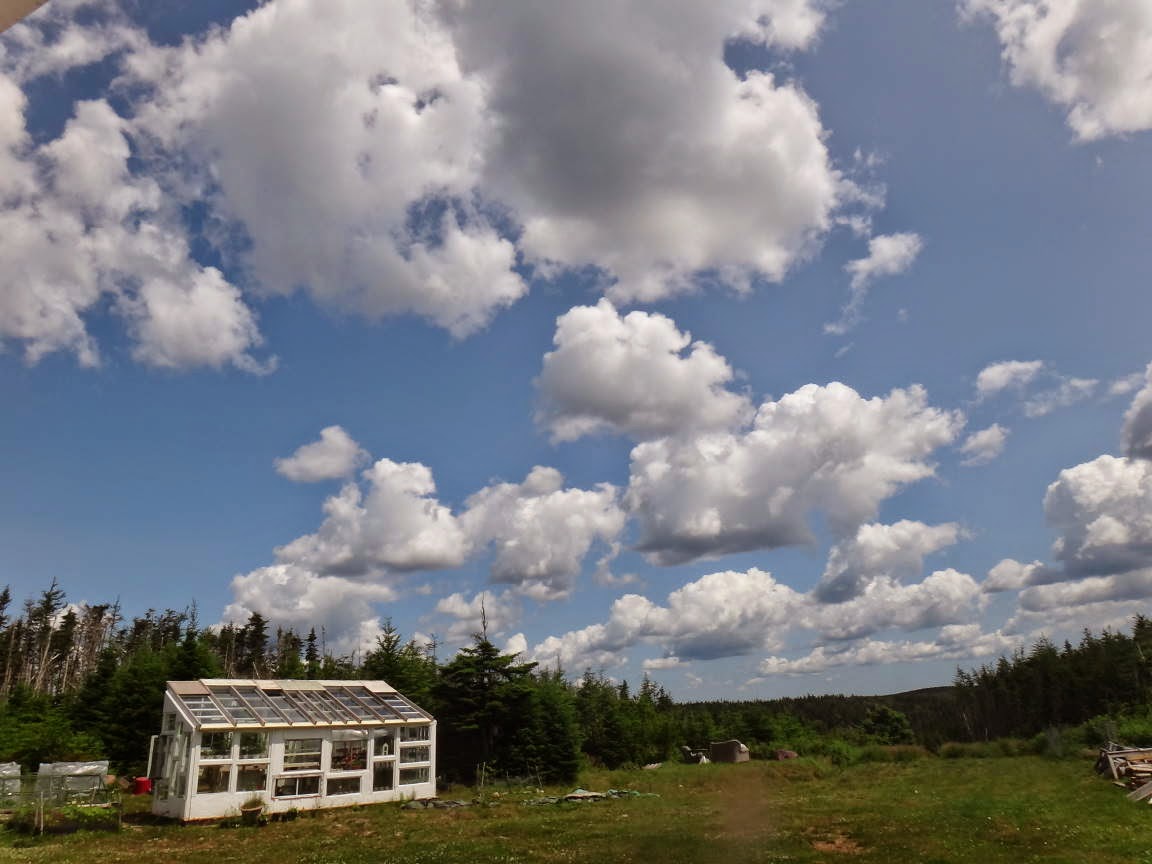 jam has us set up with 4 different hoses because our gardens are in different places - that makes watering soooo much easier. so i would run out, water an area, get bit to death, and run back in the house. then i worked on inside chores like finishing the dusting of the living room. then i would wait a bit, go back out and water another area. and take a pic of the sky. then get bit to death again and run back in. 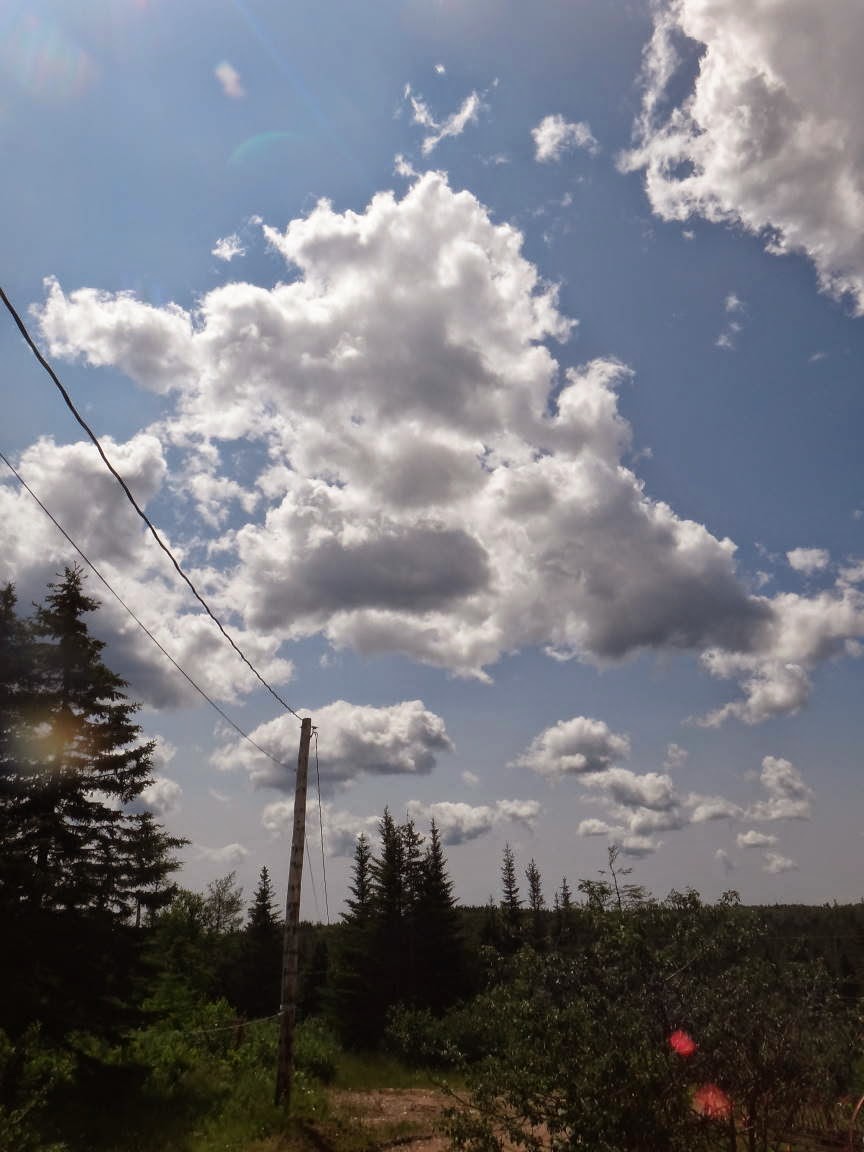 then wash 10 million cat plates, run back outside and water another area...and of course take a pic of the sky. 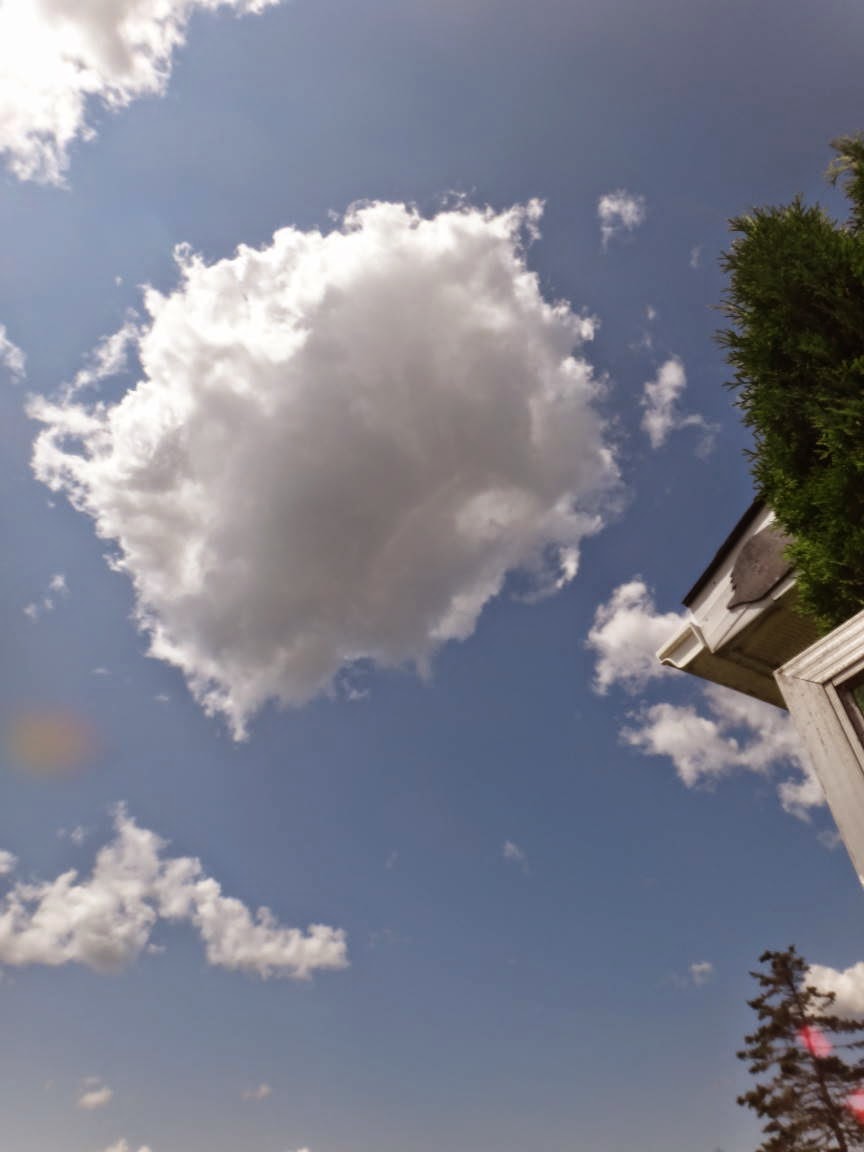 then back inside to do up some flyers for our Hungry Man's Breakfast at our community centre on August 2. then back out to water another area. and take a pic of the sky. 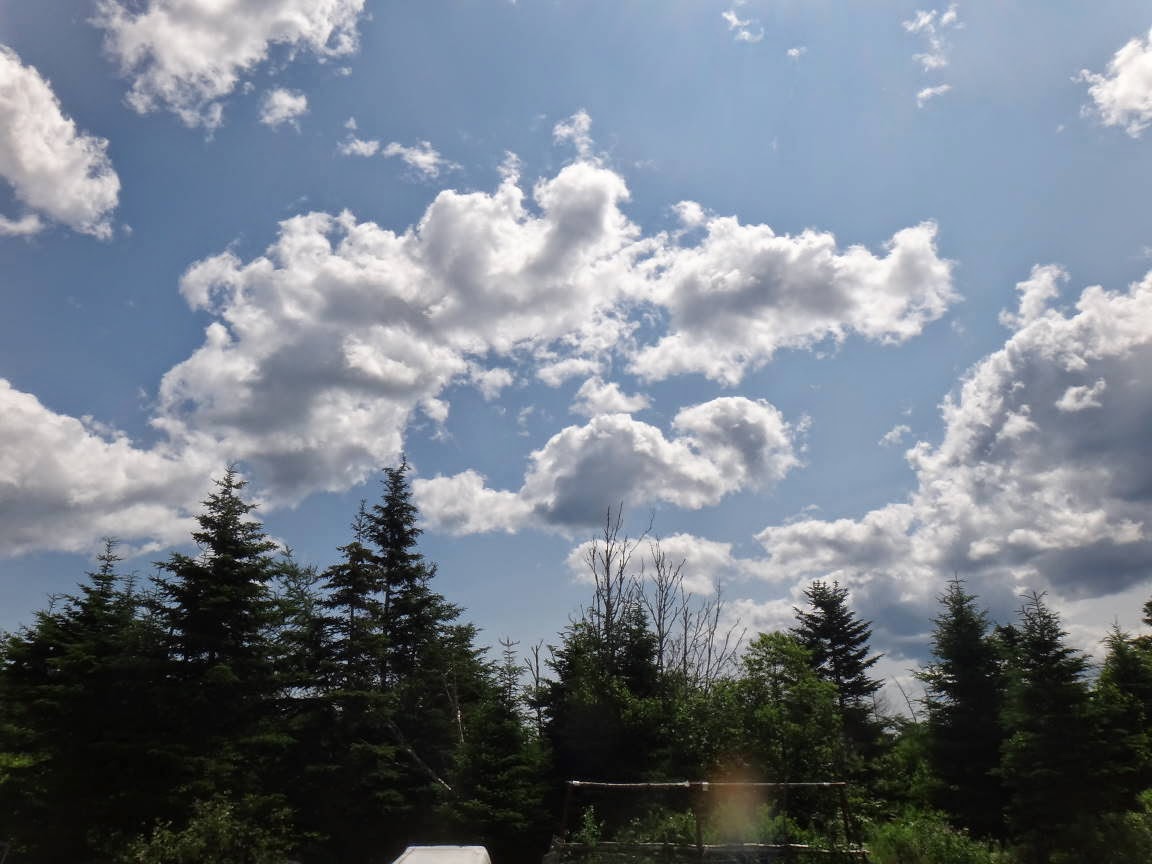 then back in to take the bath mats out of the bathroom, give them a good shake, get bit to death and run back in the house. much water was consumed throughout the day's chores. back out to top up the pond and back in as fast as i could. another pic of the ever changing sky. 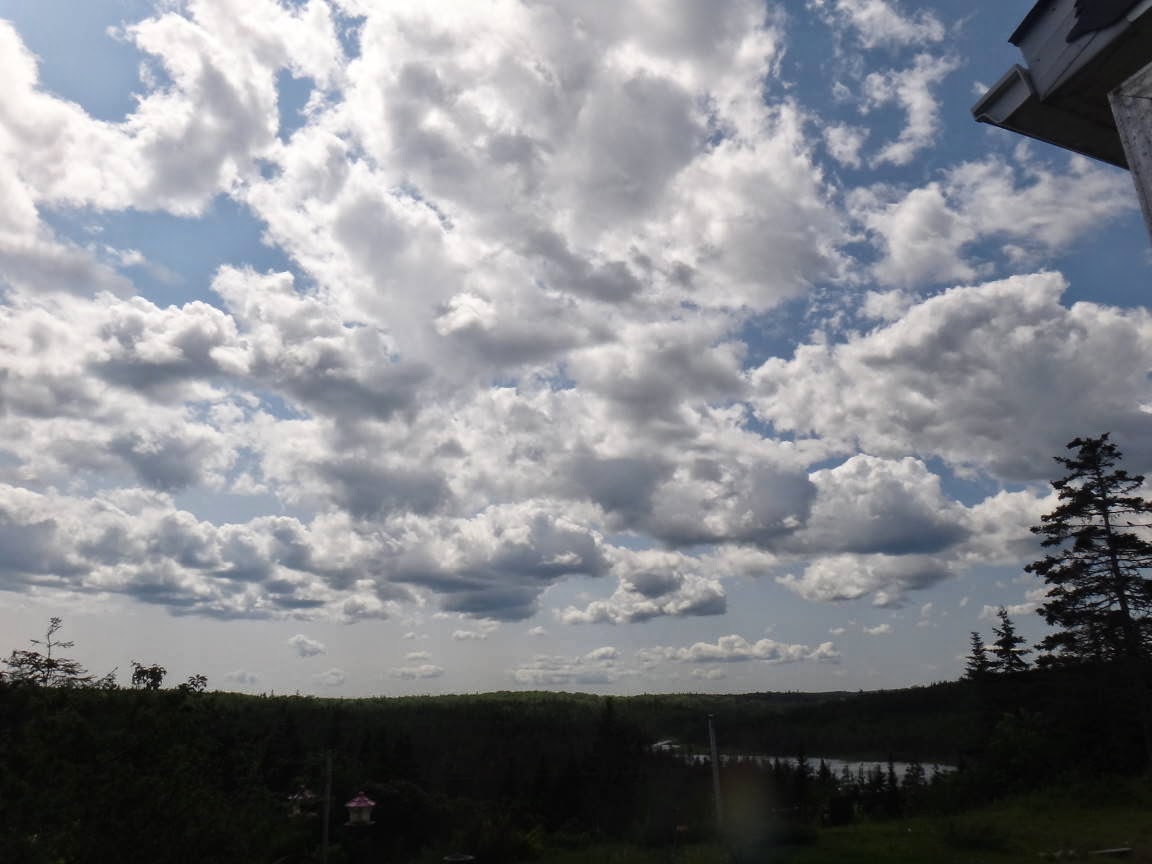 i didn't want to put any deet on because when jam is not here, i tend to only do outside chores that have to be done and then kind of "cave" myself in the house. i'd love to run down to the river and jump in - like i said - it was a gorgeous river day - but that would involve having to put on clothes (i don't mind if we get caught at the river naked together - but i certainly don't want to be down there naked alone!!!!).

so i ran out one last time to water the greenhouse again, took another sky pic. i love the sky here. it is always so blue no matter how many clouds there are. and the clouds are always so healthy and you really feel that all you have to do is reach up and you can touch them. big puffy cotton balls.

one last sky pic from this afternoon. 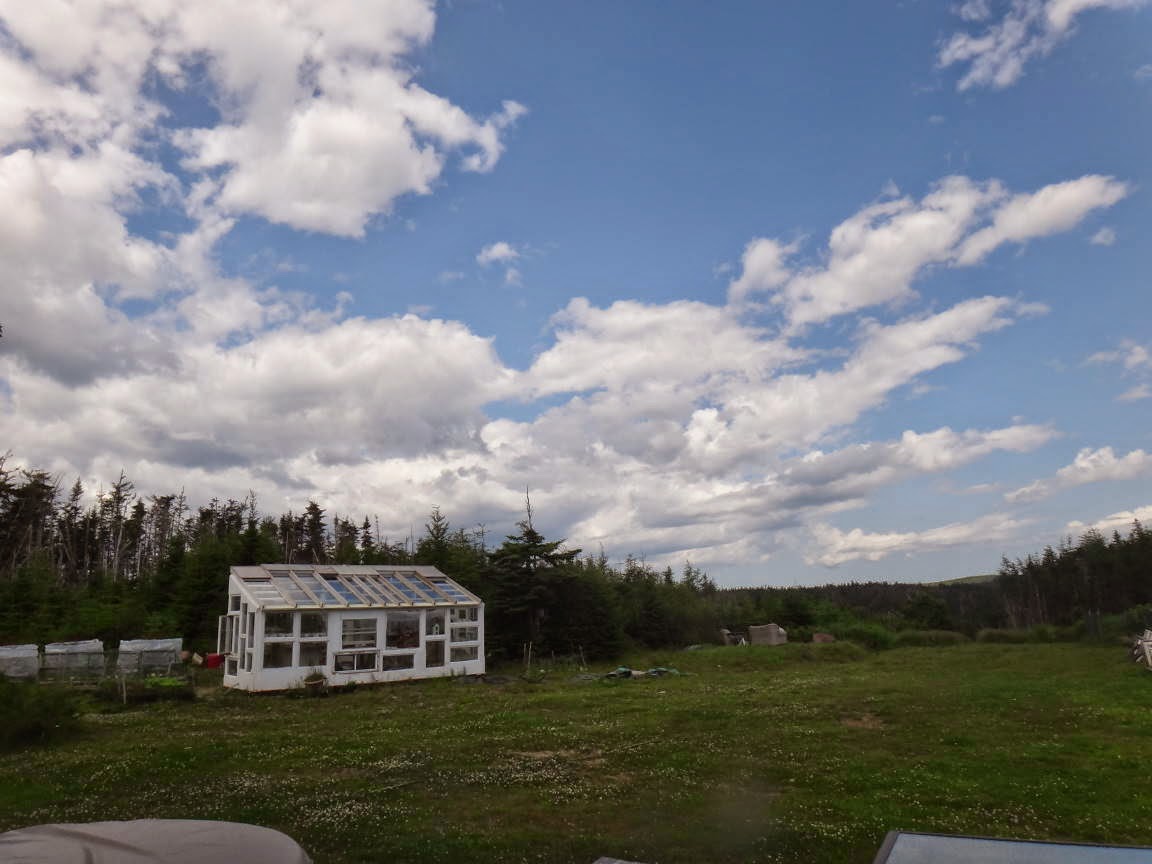 i am in now for a few hours. i will go and close up the greenhouse in a few hours. i have been bitten to death and every time that happens, you start to feel a little sick from the toxins. i will rub some comfrey salve on the bites - although i don't know how to rub it on certain parts of my back that are bit to death! - that's jam's job! but since he is off having a good time in Toronto with Pioneer Preppy (the wiener!) - i guess i will have to get one of the cats to do it for me - bahahahahahahaha!