comfrey salve, cats, medals and boot camp! crap - this should have been 3 posts - bahahahaah!

it all starts with the cats - they are pics for my good buddy W who is always asking for updates and for our Favourite Marine!

first up is Frankie-Blue-Eyes....sleeping sideways one way and sideways the other. with his little fangs showing. 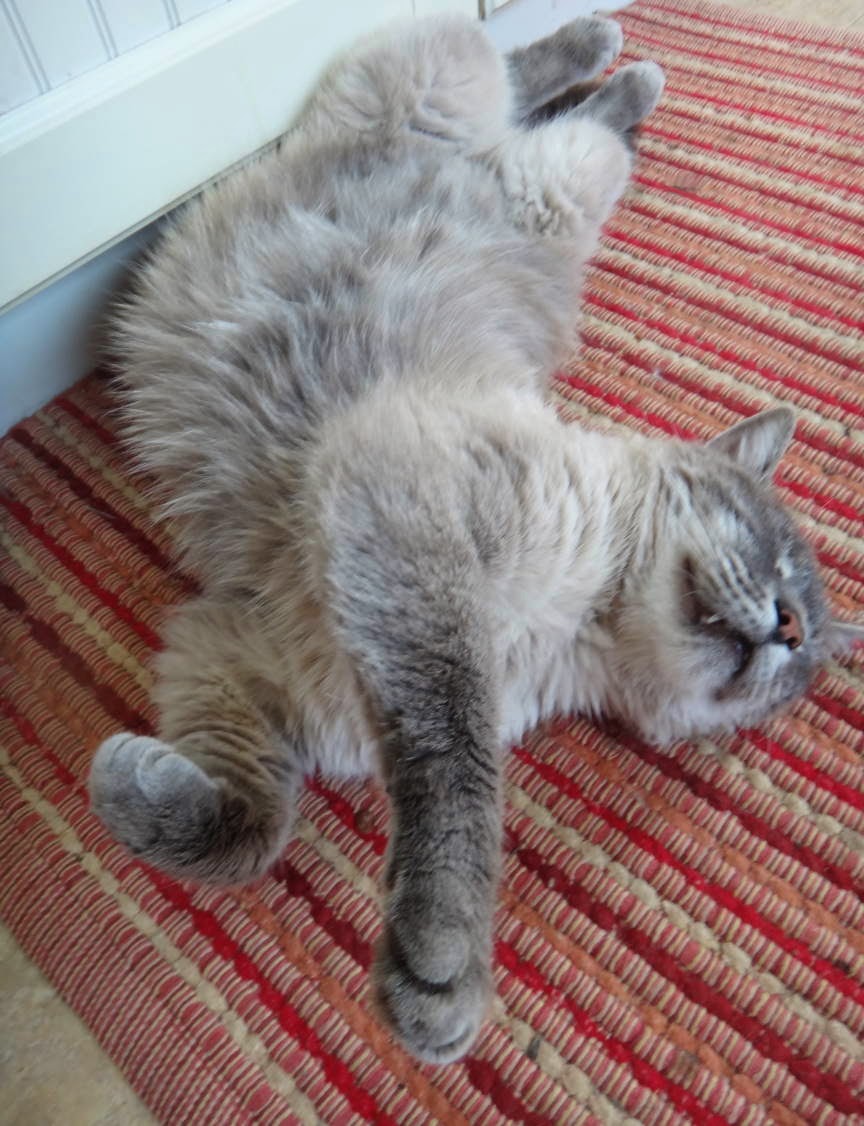 next up is Noodle, noodie-nu on the back of HIS chair: (no one else is allowed on it!) 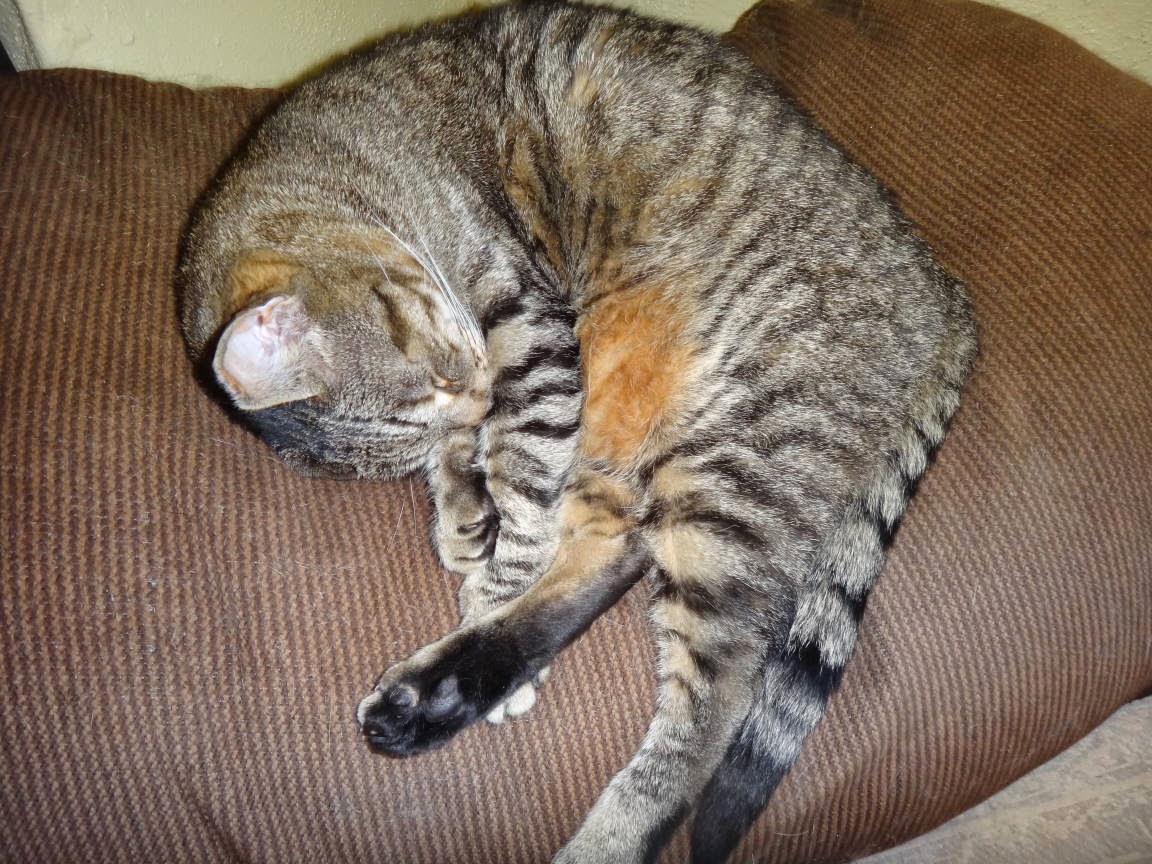 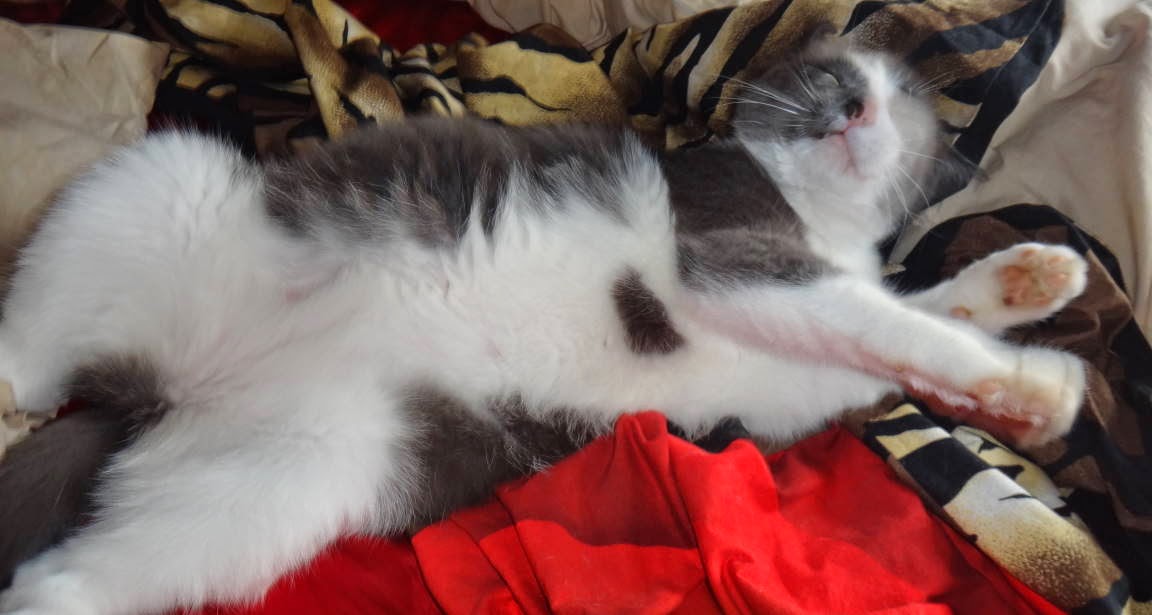 yes. all of my cats are fat and none of them sleep in a normal position!

this next bit is for my friend Harry - he mentioned in one of his comments on his blog that he would like to see a pic of me while serving. Harry, you ask for it - you get it! this pic was posted by a friend on facebook a few years back and i saved it.

this was in basic training in july 89. we were out playing wargames in the middle of the forest being eaten alive by every kind of bug known to man. that is my full squad - MCpl standing on the left. i am second from the right kneeling down. yes, those are FNC1's that we were trained on - i hated those gawd-awful weapons!a funny story from that week of wargames - it was instructors against the recruits. first off, we got a radio call from the head shack where the instructors were staying (we were staying in "hoochies", otherwise known as tarps strung over a rope). the call came in that they needed 12 people to come and help clean at the ranges. our commanding officer, who was appointed because he scored highly in a bunch of written tests, but couldn't fire a weapon to save his life, nominated 12 of us girls to go and clean the ranges. everyone argued with this stupid decision but he sent us off, guarded, to make sure we would go. we get there and the instructors laugh at us for being so stupid. arghghghghgh! they made us hand over our web gear, our weapons and our boots and put them in a pile. i told my friend wiggly and my other friend jenny to sneak our weapons, web gear and boots out to the garbage huts which we did as we were cleaning. when we got all of the stuff out there, we then snuck a boot or a weapon, when no instructor was looking, out to the edge of the woods. when all of our gear was in the woods, we made a dash for it. got our gear on and started running back to the bivouac. it was about a half mile away in the woods and somehow we found it. we fired our commanding officer, appointed a different guy and that's when the instructors started the games. they started tossing canisters of gas into our bivouac area and we were running around like mad. the games weren't supposed to start until the following morning - we should have known better! anyway, some of the guys captured my MCpl and were tieing him to a tree. he was yelling "punker, punker at least get me a gas mask" - that was my nickname and he knew how softhearted i was. i tried to get him a gas mask but the others wouldn't let me and as the instructors were tossing canister after canister - he just kept barfing and barfing and calling out to me. it was awful and fun all at the same time.

so here is some beautiful, home-made comfrey salve that i am making for a friend. this stuff is super good for cuts, scrapes, burns, rashes, etc. 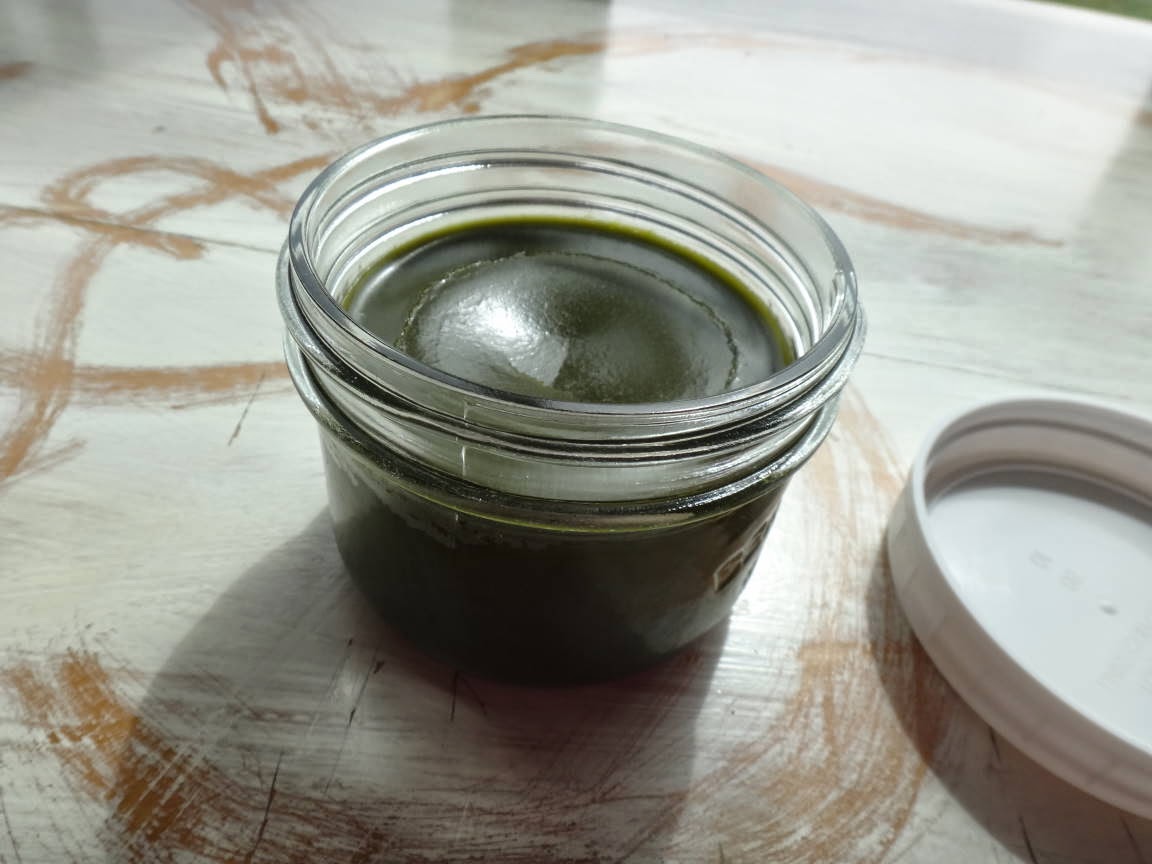 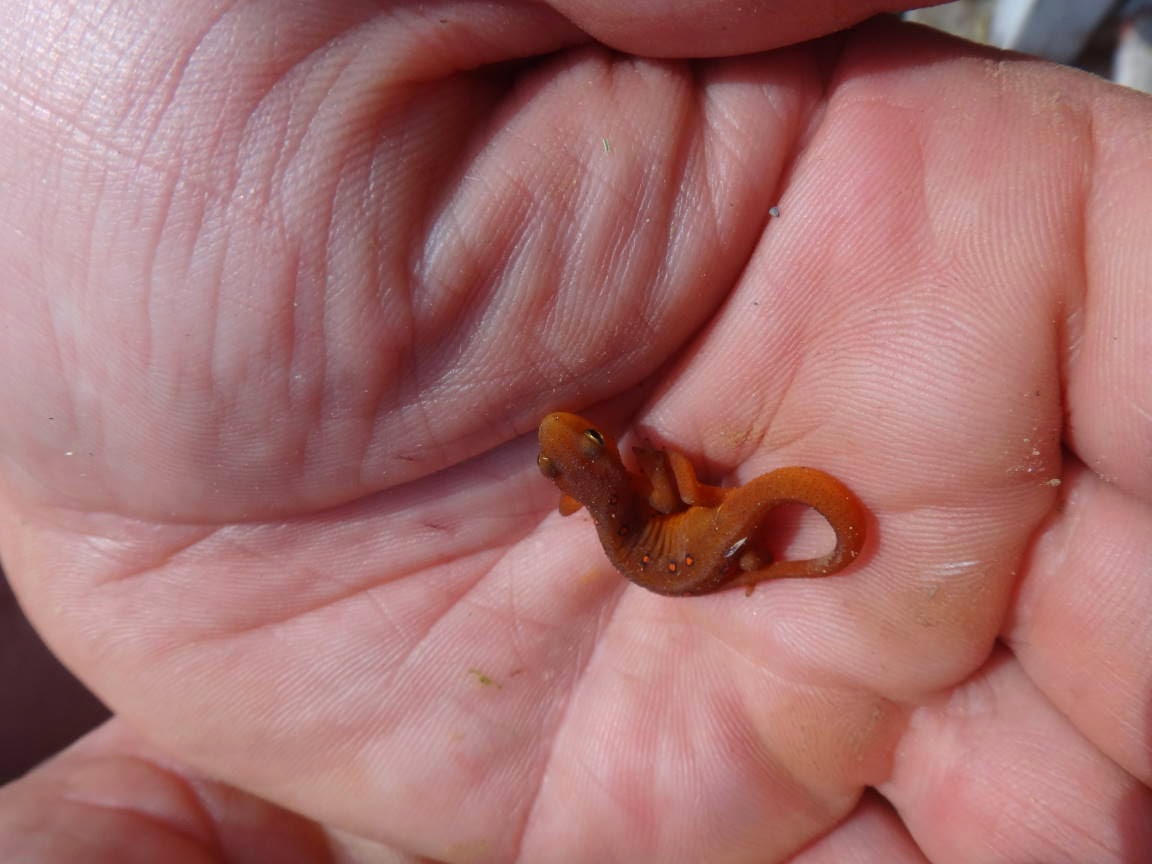 here is my favourite service medal. it's my Alert Medal and it is for special service in the canadian forces. 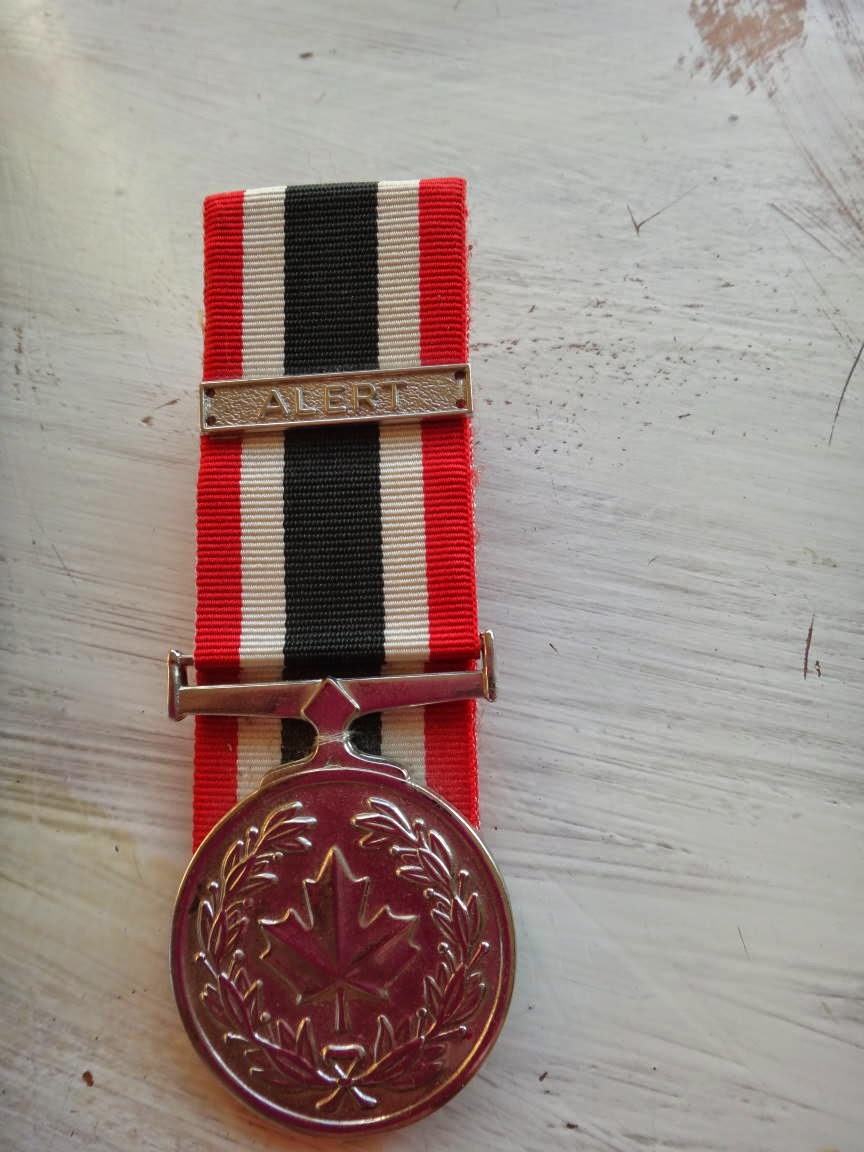 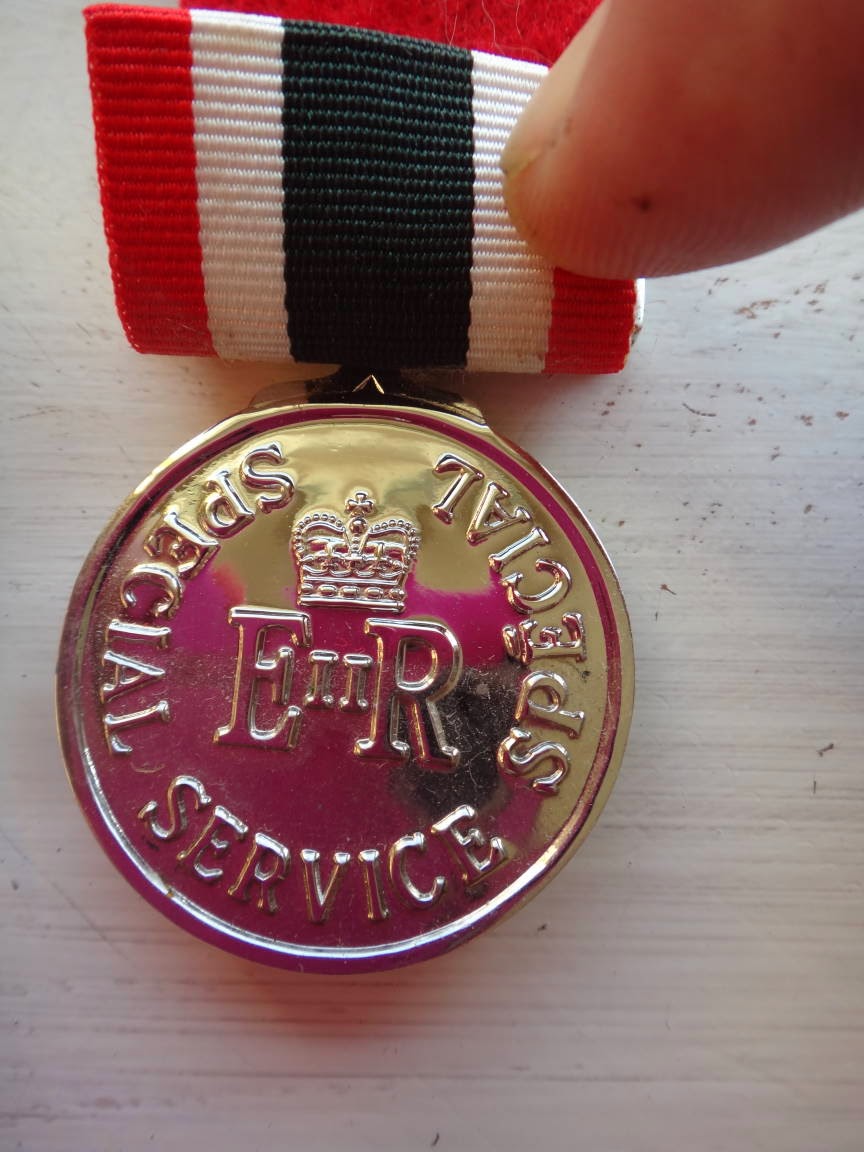 here is my cap badge for my beret. it's called a "jimmy". it's actually Hermes/Mercury who was the messenger to the gods. 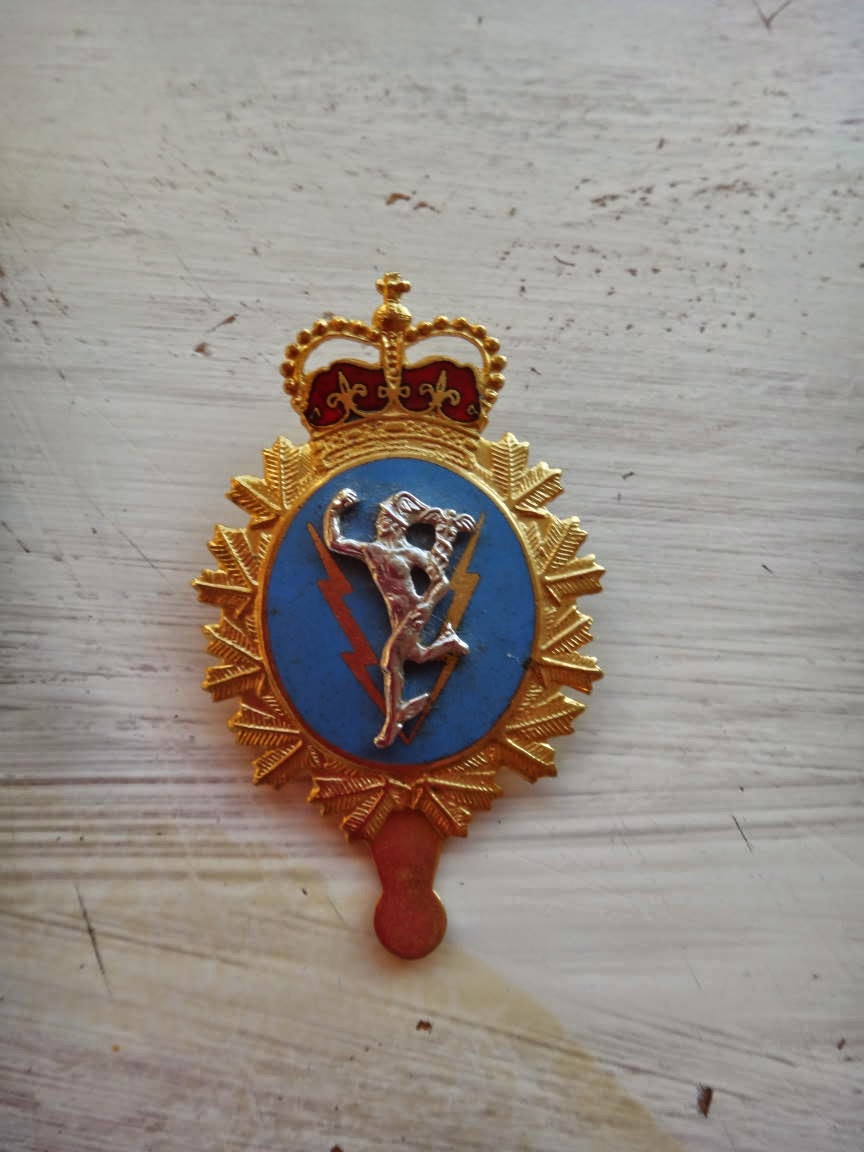 here are my dog tags, blacked out, of course. 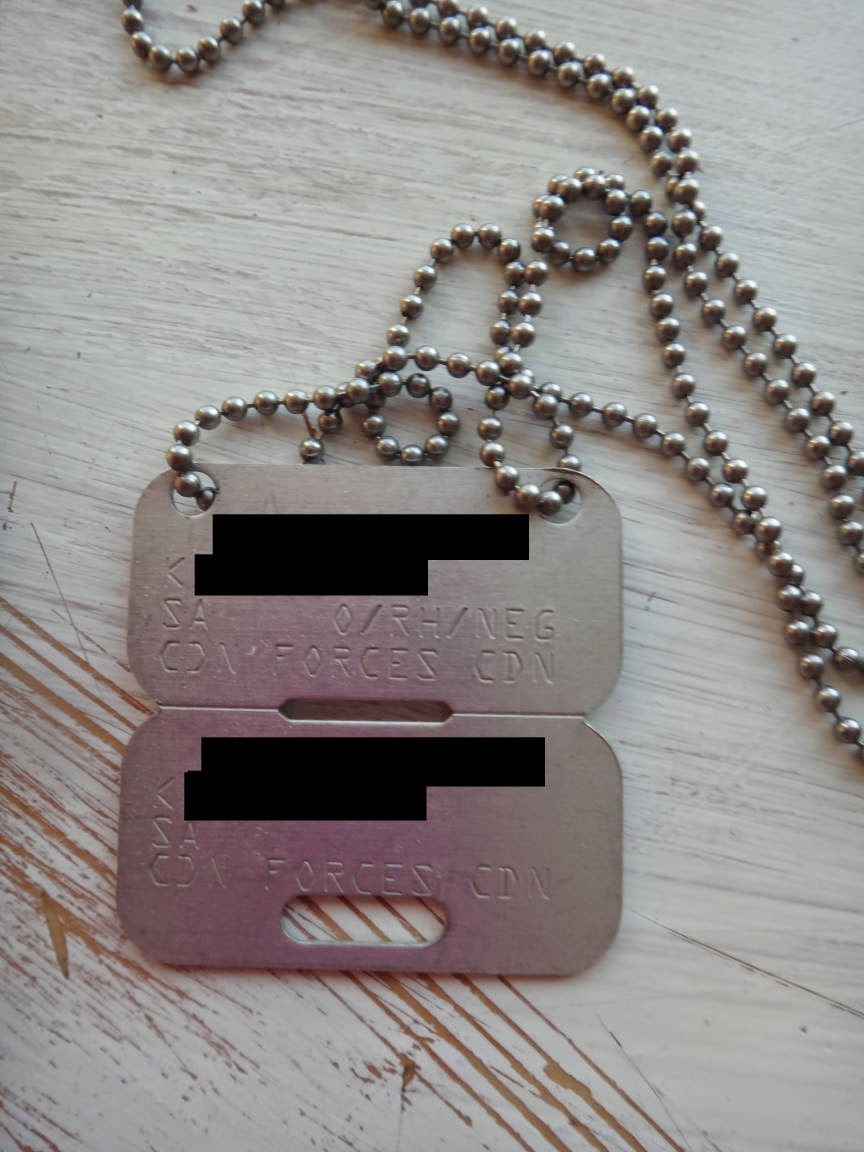 here are my jimmy dog collars, a jimmy button off of my dress wear and a signals badge that was sewn on the shoulder of our dress wear. 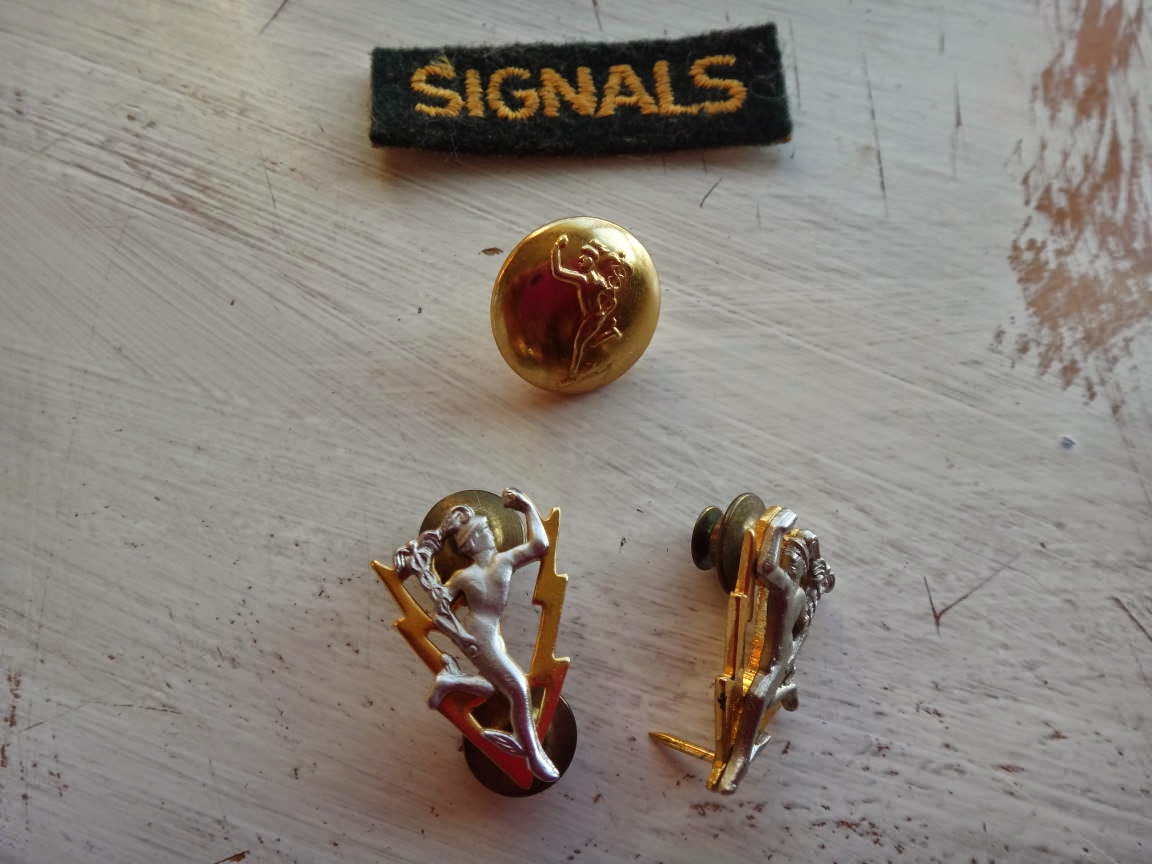 i have a ton of photos of alert and during my service but unfortunately they are not digital - remember - i got out in 99. we have no idea where our box of photo albums are right now - bahahahahah! but when i find them, Harry i will scan them and put up some more pics. but there will be no obligatory graduating basic training photo - it's just too frightening to share - bahahahahah!

i hope you all have been having a good couple of days. i'll hit up your blogs shortly!
Posted by kymber at 5:10 PM