wow! it's been unnaturally hot, humid and muggy for the past several days. not to mention grey and foggy. have a look! 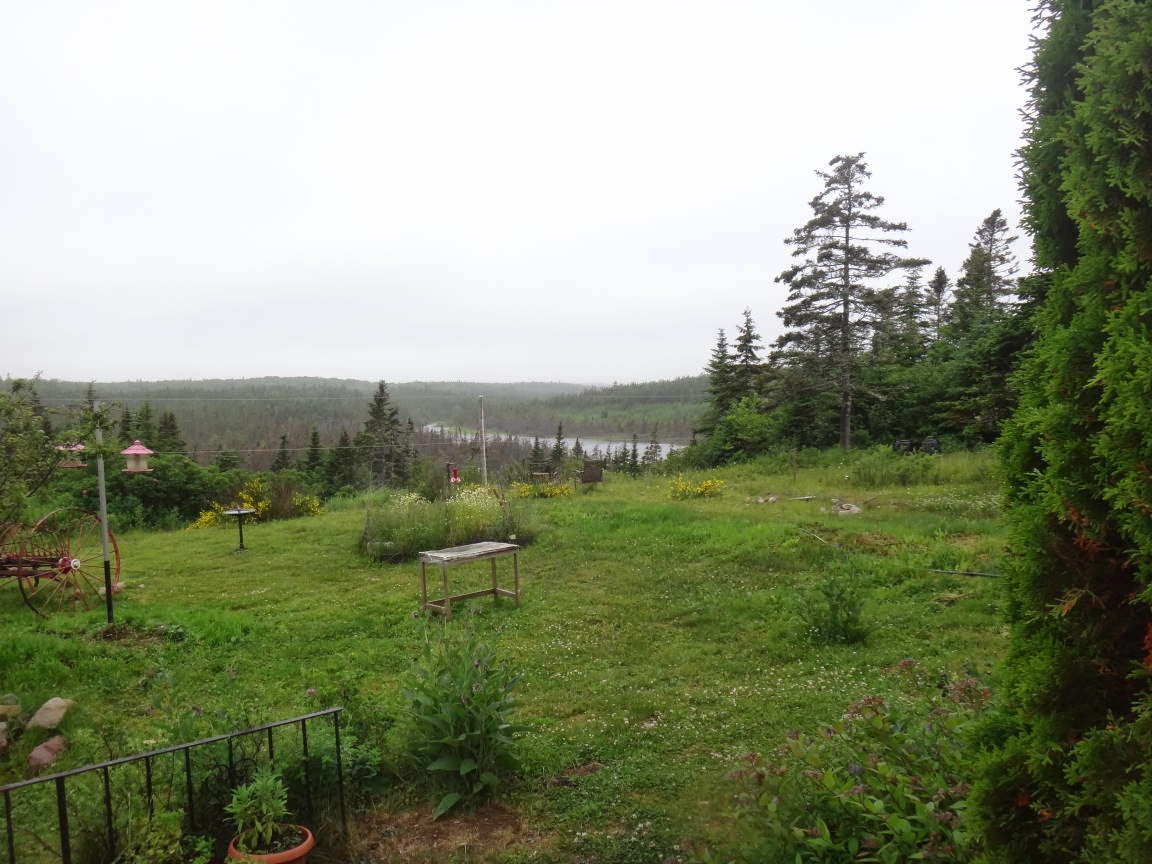 it was oppressive and bearing down on us and the humidity was through the roof! we kept asking ourselves "where did the ocean go"? it is never usually this hot and muggy at this time of year. we were also suffering from 10 million black fly bites. oh how i hate those little things. but there is no i am putting on a pile of deet (the only thing that works on them) when it is that muggy outside.

i know that for some of you in the states, and some of the areas of the maritimes got belted by Hurricane Arthur. and i am very sorry. but what is now called Tropical Storm Arthur saved the day. it swept up the west side of the island and sucked all that humidity and mugginess out. today was windy as crap but that heavy weight of muggy fog was finally lifted. this evening, we should get some heavy winds and rain - but nothing like some places are getting belted with. 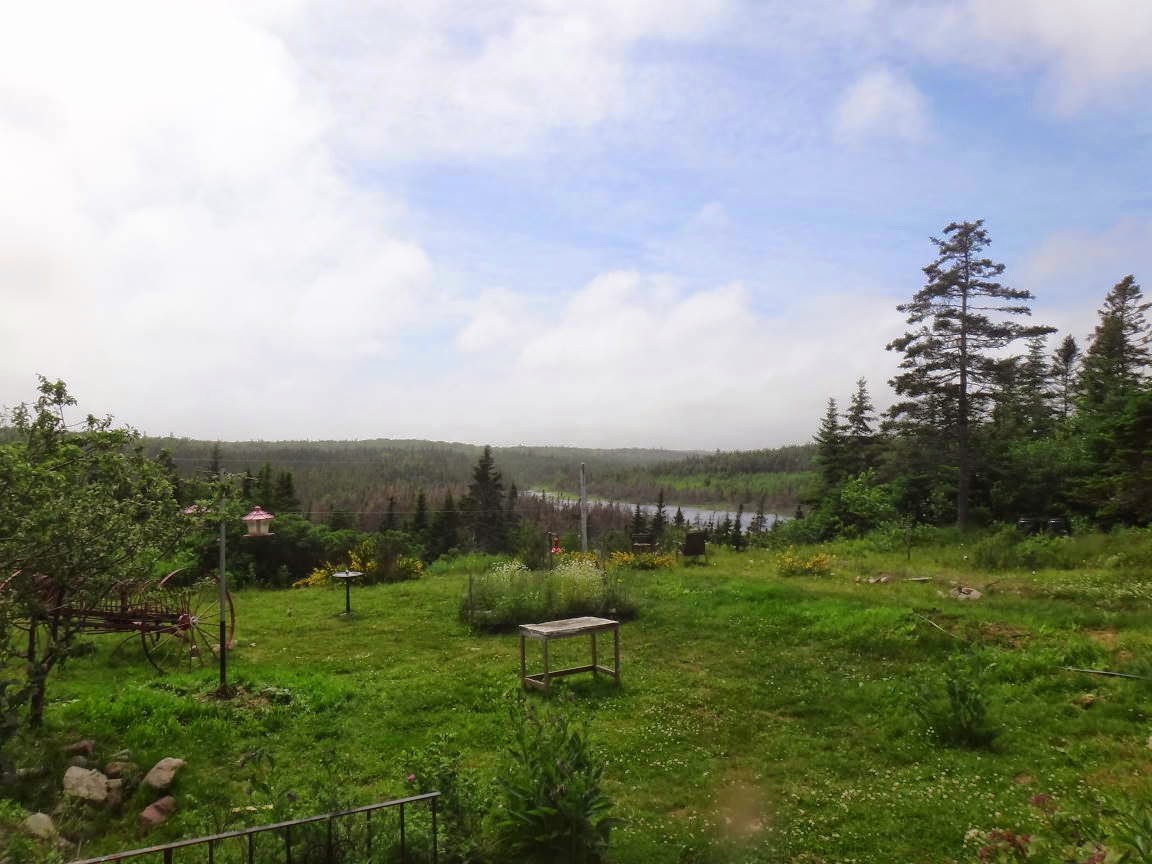 for the past few days when we couldn't bear the mugginess or the black flies, we came in and made some fermented food which we always like to have on hand. here's some of my awesome new kimchi (recipe on our recipe blog), some yummy dill-pickles and some yummy turnip and carrot kimchi. 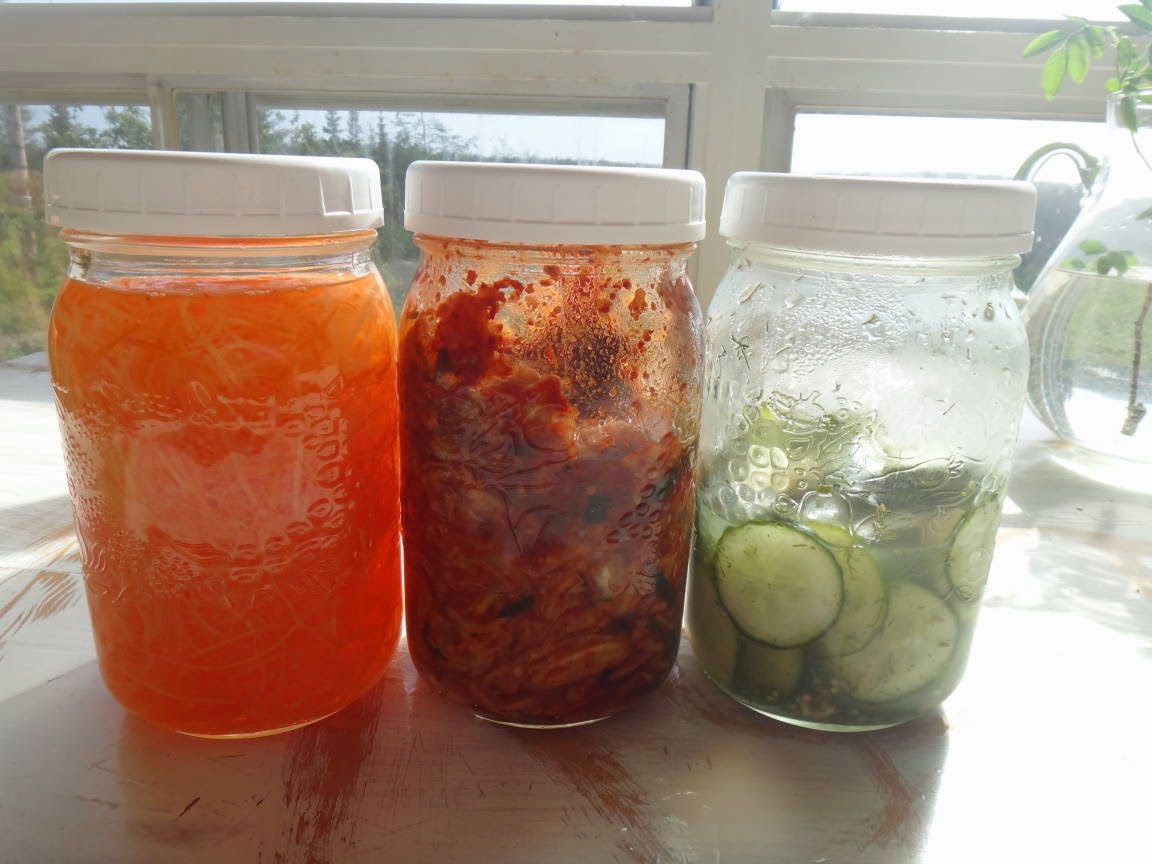 as you can see, we made the pickles a few days ago and have been eating them non-stop - they are the best instant dill pickles ever! the next day we made the fabulous kimchi with cabbage and had been taking bites of that to try and kickstart us out of the mugginess and bug bites. today we made the turnip and carrot kimchi, we will let it ferment for a day or two.

now for anyone like my friend Dani, or any others of you who have cholesterol problems - skip this next pic! this is lobster and bacon spaghetti made with a very light cream sauce. oh it was to die for! we made quite a large pot of it, each had 2 servings and then wished we had made more - bahahahahah! but we're bad like that. 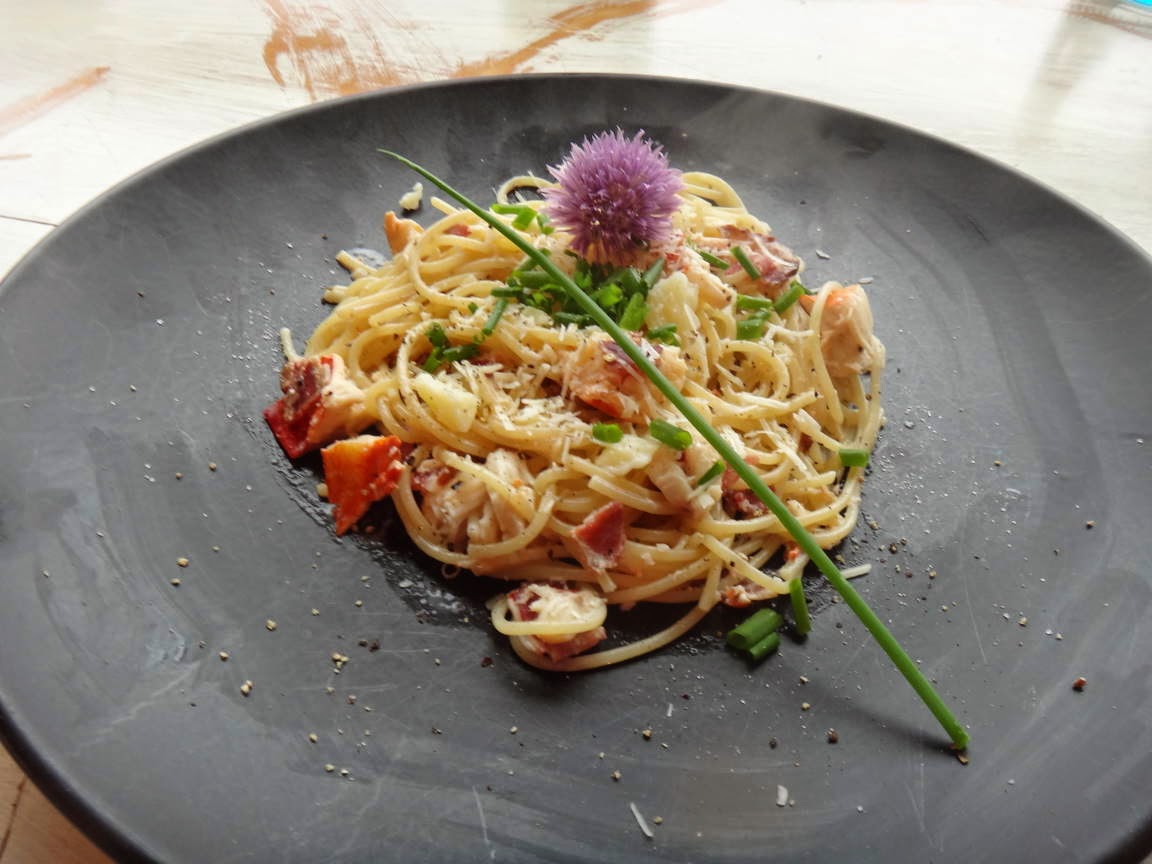 to try to make up for our cravings for more of our supper, i made lobster rolls with the remaining lobster and that seemed to help. man, it's awesome to live in a lobster and crab-fishing village! and our next-door neighbour e cooked those lobsters to absolute perfection which is a rare skill.

her husband gets lobster for us regularly! he is also the guy who made me my beautiful Christmas wreath last year. i put it at our front door and said that i would not take it down until every pine needle fell off. well, not a single pine needle has fallen off and it went from green, to brownish, to brown - and now it's orange!!!!! have a look! 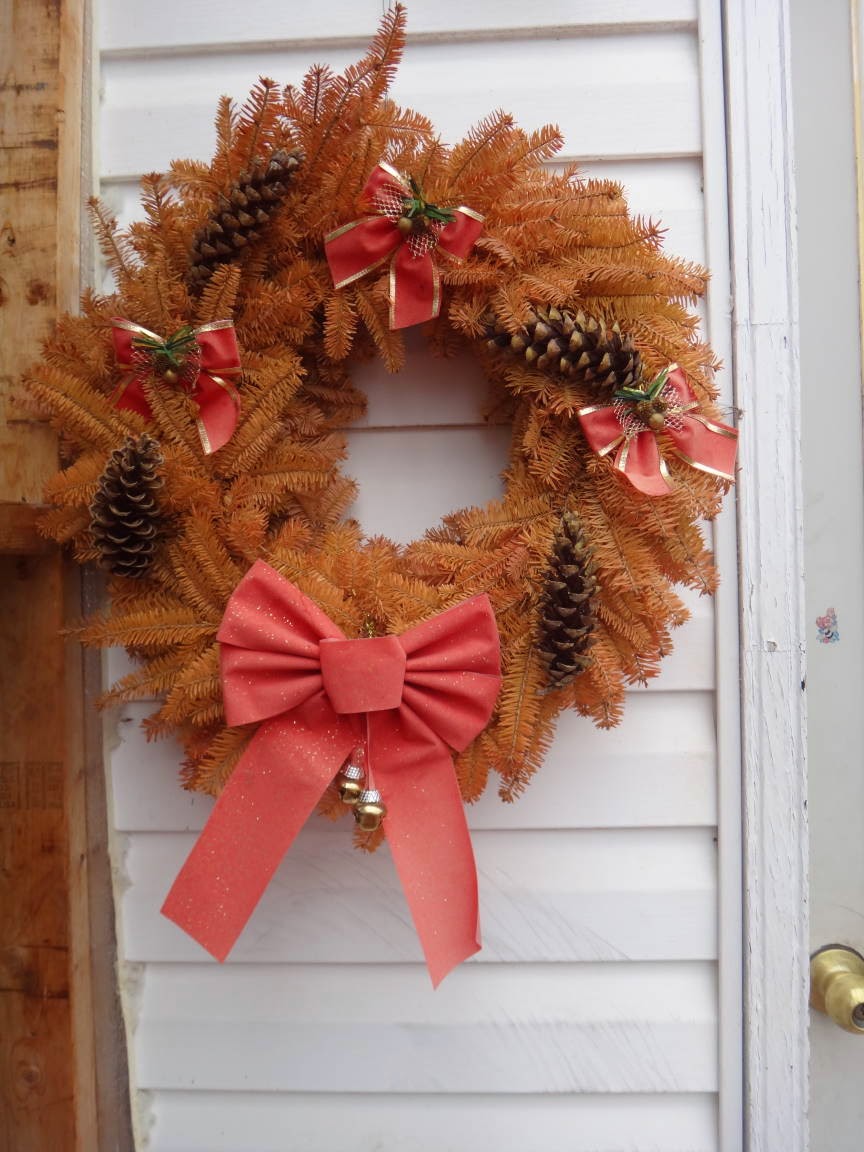 i loooooooove that wreath!

anyway, our dearest brother and sister were down for a few days this past week, and jamie got to see them for a few mins on a couple of days - i didn't get the chance to see them at all because i thought they were staying longer and that we could go see them "tomorrow". but they decided to leave early and i missed getting to see them. now i won't see them until the middle of august. dang!

jam was doing some yard work and a pile of weeding today because the mugginess had broken, the wind was whipping around meaning no black flies, and he accidentally weeded this little rose guy. 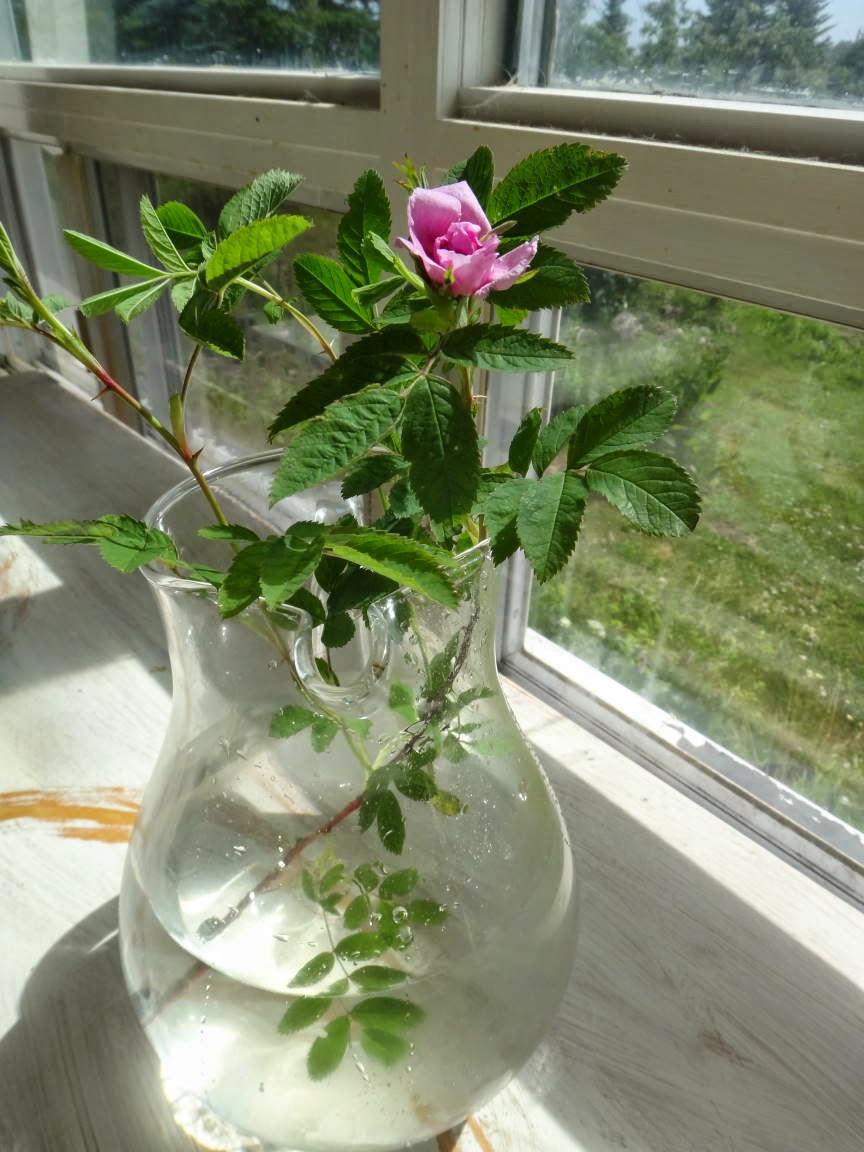 i am hoping to try and save him. if i can get him to root, i will put him in a pot and keep him in the house until next year.

hey kids - how about my first radish harvest of the year - woohoo - happy dancing!!! we'll be eating these babies raw with a little salt, adding them to salads over the next day or two and then they'll be gone! we love radishes! 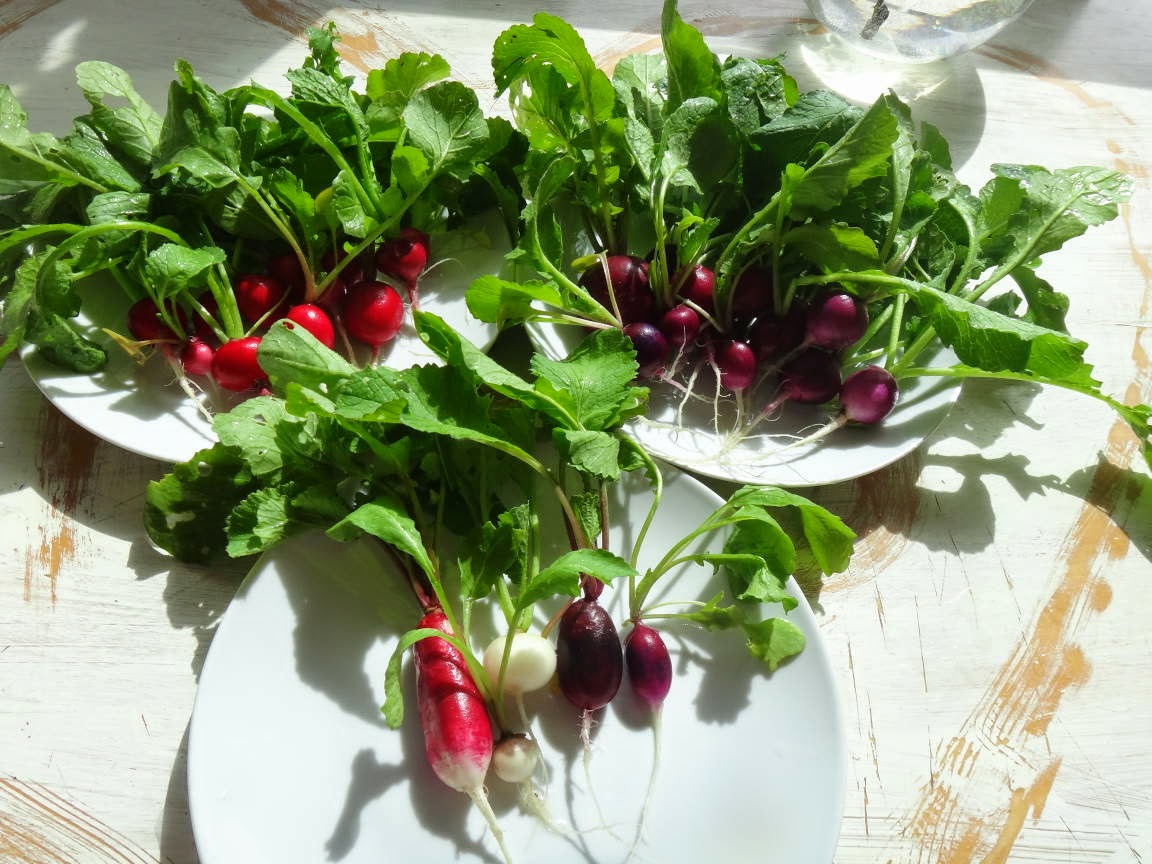 but hopefully soon i will get a glut of them and then it's pickled radishes people - yummeh!