my father is originally from cape breton. he was born in the same town that kymber was born and raised in - weird twist of fate eh? so i am half cape bretoner at the very least, and being married to a cape bretoner gives me full-on status. having the name MacKenzie doesn't hurt either.

My dad grew up in cape breton until he left for college on a scholarship. he now lives on a beautiful farm outside of ottawa with a big garden and horses. oh yeah - and he taught me a lot about fishing while i was growing up.

i spent a couple of summers at my grandmother's place (round island) in cape breton when i was a kid and loved it. We have a beach called morrison's beach near framboise manor that is exactly like round island.

And this is what we saw when we arrived here in cape breton for out first visit in Aug 2009: 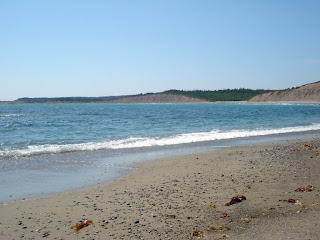 recently, my dad gave me a great addition to our homestead.. a powerful short barreled rifle for hunting in the brush...now presenting the marlin .444 s: 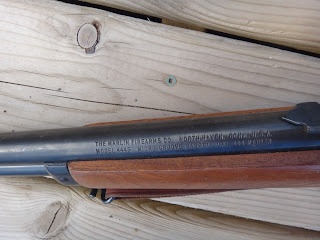 this is a beast and i will have no problems bringing down deer:

i looked up the best kind of scope for this type of rifle and got this weaver V22 on ebay for only $30.00 - including shipping! 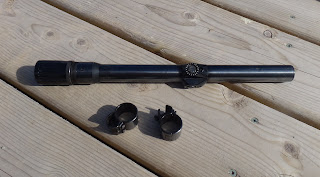 so i have perfect kit for big game hunting in these parts. i can take it to northern cape breton for moose without worrying at all about having enough firepower. dad gave me 60 rounds with the rifle which will be plenty for now, one shot will do with this baby. 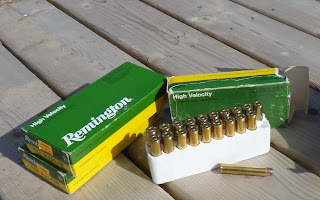 i won't be hunting this year, sadly enough. i need to practice. although i took weapons lessons last year and am a great shot, hunting isn't something to be rushed. kymber, Arsenius and Stephen have all commented somewhere about how practice is so necessary. and there is too much to do around framboise manor in order to get ready for the winter, so the logistics don't allow for hunting this year. however, i will practice this fall and winter ... next year there will be a lot of meat in the freezer - and dad, thank you for such a great gift!!
Posted by jambaloney at 2:00 PM