the provincial bird of Nova Scotia - what an amazing sight! 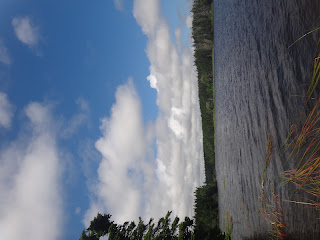 wow. can you believe that sky? those clouds? the only way to believe that they are real is to believe that lotta joy drew them on a great big giant canvas and then somehow came here and threw that canvas on some trees so that we could look at such pretty skies. lotta joy - wow, buddy, i thought you did an awesome job on jambaloney's portrait here but it appears that your talents are endless!!! and thank you for thinking of us and putting up such a giant canvas so that we can enjoy such beautiful skies!!! it's amazing how selfless some people are. but we sure do appreciate it!


have you ever had the chance to watch a father osprey teach his child how to fish? we did today at the river. what an amazing thing to watch. more amazing is the fact that ospreys are the official bird of our province. 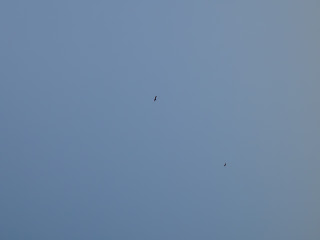 we were honoured and gave thanks to the Lord for allowing us to witness such a site. 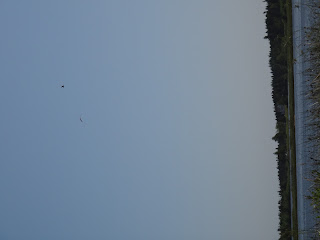 they weren't bothered by our presence at all... 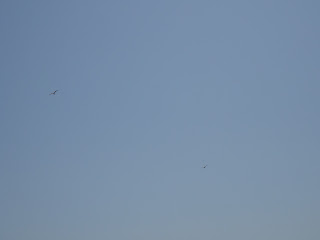 i tried to get a pic of when they dove for fish but missed every time. 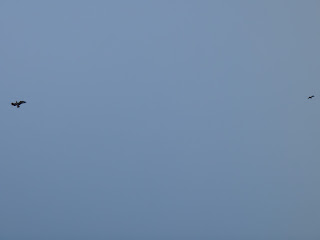 we had merlins build a nest in our yard back in the city. they brought their babies to our big, giant 76-yr old oak tree every day. we could tell that 2 of the babies were female - they were puffier - and one of the babies was a male. that little male used to sprawl on a tree branch and suntan - no, i kid you not. the babies would wait for approximately 45 mins before they started screeching for food. their parents always returned and fed them dead birds that were caught in flight - a little ick.

but the fact that they chose our yard with us in it to leave their babies...you can only imagine how touched we were.

and now an osprey father brings his baby to our land - down at the river - where we are - and teaches his baby how to dive - ugh. i teared up the whole time. jambaloney was just simply touched and amazed.