he's the baker, i'm the decorator 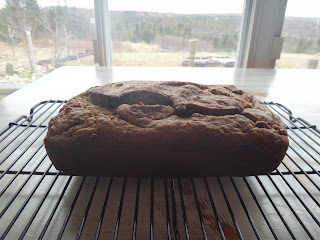 my man is a serious baker! he makes the best almond cookies, oatmeal cookies and peanut butter cookies known to man! but his banana bread is to die for!!! normally we have it plain with just some butter, but yesterday we got a little fancy! i made some lemon cream cheese frosting for the banana bread - it was decadent and yummy! 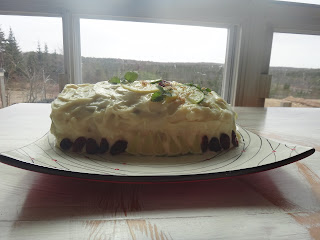 i decorated the cake with lemon and lime wedges, cranberries, lemon balm leaves and a sprinkle of brown sugar - mmmmmmm! 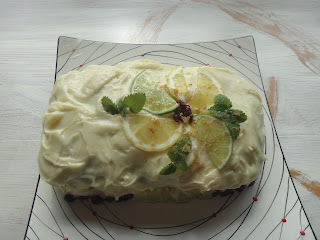 i took an end piece to get more of the frosting - man it was good! i couldn't even finish my piece but jambaloney is always good for that! 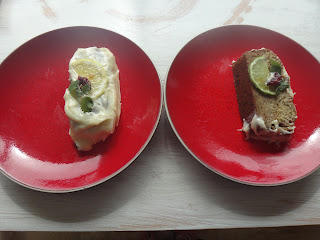