one of the wintertime enhancements i wanted to do was move and replace the sump pit. the original was a shealth of abs over a hole held in place with a prybar and some dumbbells: 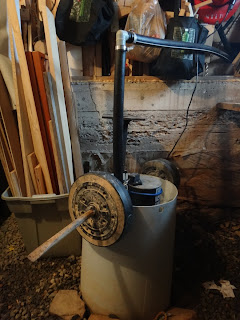 this is a close-up - you can see the bar sticking out that my kness have come to dread. it is also easting up waaaay too much space! 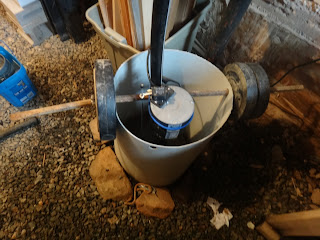 this "panorama" of the south-west basement wall shows you what i mean, the new location is marked "HERE". here is a close up of the corner that will be the new home for the sump pit. that pre-existing workbench isn't the best so i have no qualms cutting off a section. i don't need that much counter space anyway, it only invites dumping stuff onto ; -) 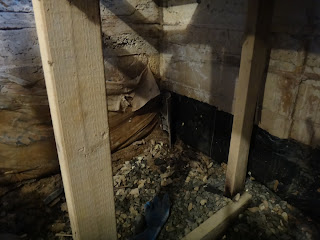 the new sump pit liner is a 67 litre garbage can. after lengthy research i figured it would be as good as a tailor-made sump pit, and cheaper. 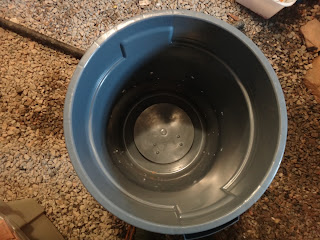 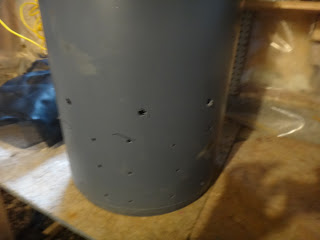 and some screen to keep out debris..... 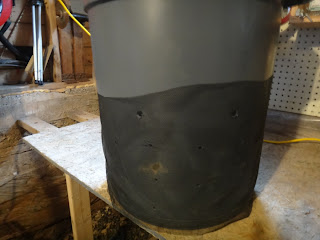 finally, some rocks in the recessed edge at the bottom of the garbage pail to weigh it down. the pedestal of the sump pump will sit on the raised shelf in the middle. 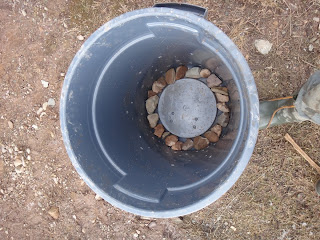 after removing a section of the bench, i dug a new hole - you can see the water table. 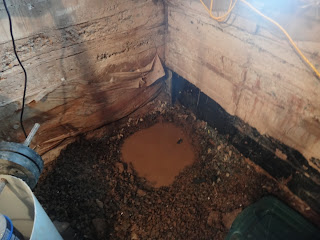 next step was to put the new liner in the hole and install the pump and test it.... 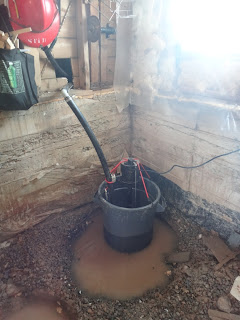 and finally fill it in!! 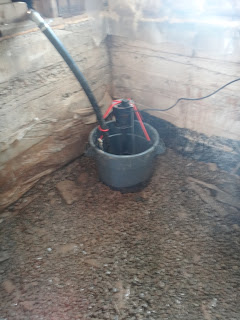 the next morning i went down a played with the float some.... and the new configuration was lacking.... had to dig a LARGER and DEEPER hole. 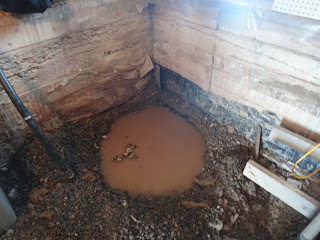 and drill a LOT more BIG holes in the liner !! 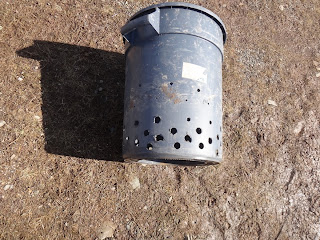 the second time is a charm - this is a BIG improvement spatially and functionally - success!! 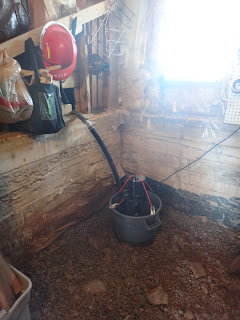 the garbage can works really well. i had read online that 1/4 " holes would be sufficient - not the case. if you do this yourself, drill 1" holes and a lot of them!! ;-)

thanks for stopping in - cheers!!!
Posted by jambaloney at 4:58 AM