here is what we have named the july snow-drift. 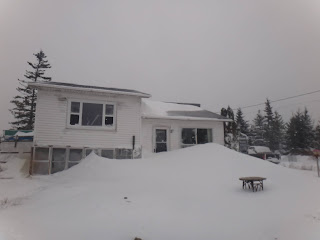 meaning that it is probably going to be july before it melts. arrrrgh.

needless to say, the back looks just as bad and the cat paths that we shovel and maintain persistently (or doggedly and stupidly as jambaloney likes to say) have fallen to the wayside. it took the man an entire day to dig out the atv shed, shovel most of the top snow and then be able to get the atv here. that's about 75ft from where the truck is parked. 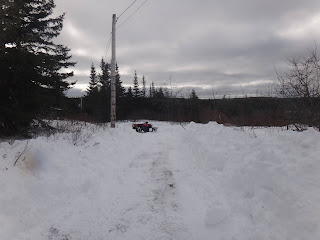 then he got here and atv-dura broke down. not hard to believe as atv-dura can only handle so much snow. 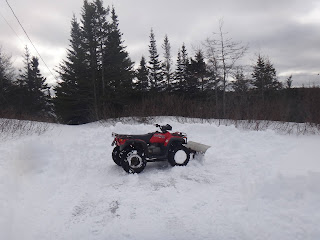 so the man had to shovel the rest of the driveway and roundabout by hand. about 160ft. 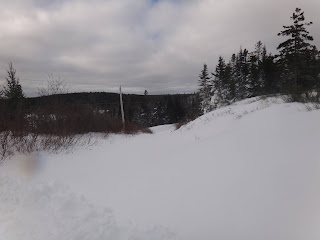 by hand.
which took him 4 solid days of 7hrs each day and would have taken him longer if our friend D hadn't driven by, saw him, parked his truck and came and helped. jambaloney said that D saved him a good 5 hrs work!

i fed him real good during this time. 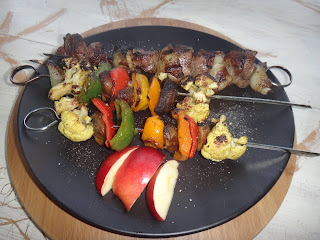 he needed protein, carbohydrates and a ton of fresh veg and fruit. 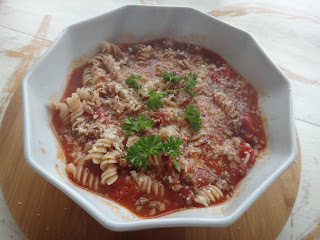 i made sure that he was fed. 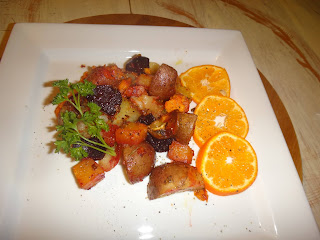 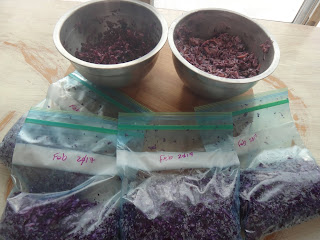 i made certain that his afternoon snacks were full of calories. 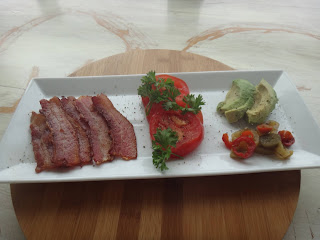 and i made sure that his dinners were deelish! 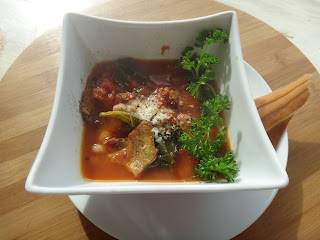 and when you have this much fresh snow, and blackberries that you picked by hand, on your land, frozen and sitting in your freezer in the basemement - it's time for "kymberz fresh snow in a bowl with blackberries"....i knew there was a reason why we liked snow so much! 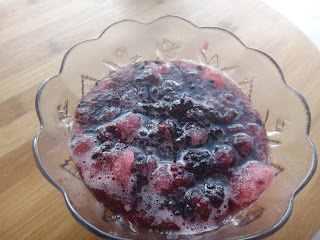 man that was good!

then we canned up some more chicken/duck broth - that'll get us through the rest of the winter! 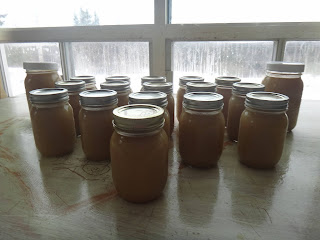 and to make sure the man was getting his protein, i roasted a beautiful little organic chicken and stuffed him with a beef liver stuffing - bahahahahah! 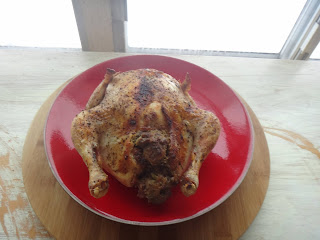 in case you haven't noticed, i am a smidge on the the crazy side. served up with mashesd, gravy from the drippings, coleslaw and turnip with butter and maple syrup - that poor man was crying after days of shoveling and all the food! 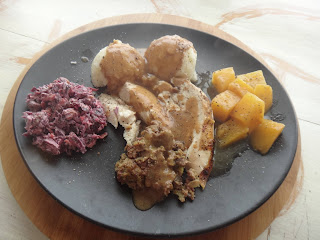 but he's tough and he can take it!  but as our friend W has been telling us for years - WORK SMARTER NOT HARDER!

thanks for always yelling at us W!!!!! but i think we are cut from the same cloth as W - i would love to share his incredible life with you...and one day he might actually let me - bahahahahah! no, he probably never will. i don't even know W's middle name and i have known him for over five years now. he's sketchy that W!!!

here's some japchae with jidon...soooo delicious hot or cold! 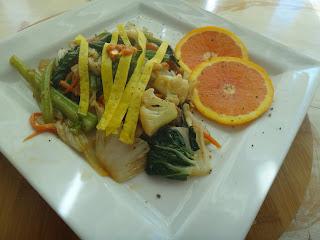 and of course - sushi salad never hurt anyone i ever met - including my friend W! who needs to get his butt up here pronto and teach us everything he knows! 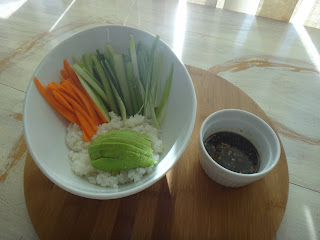 last on the list of food - chicken noodle soup! 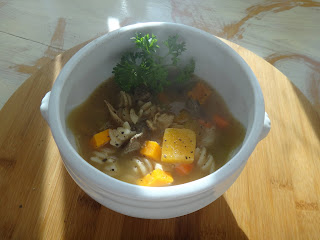 with turnip, sweet potatoe, carrot, chicken, liver, homemade bone broth, celery, and a ton of spices. ir'll kick you in the head and make you forget your name!

oh...but after 2 weeks of being kicked in the head by snow....the skies open up and remind you that the world will go on long after you have gone...but until then, you are supposed to live in the moment, in the now.....this was our NOW this morning/afternoon: 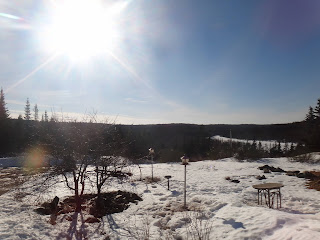 yo! and look at july snow drift, 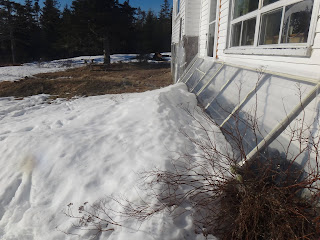 he looked like such a huge pain...;we didn't think he'd melt until july - bahahahahahah! we love you little july snow drift but your time has come and gone.

know what else has come and gone? sending my man out to hand shovel 275ft of snow for the past seven years. we are now getting a tractorthingy.

hey kymber - didn't you guys just buy a new truck? yes. and on credit. something we have NEVER done in the past! and now we are buying a tractor on credit. why? because we need it! and if it all comes falling down.....my man will have a tractor to move crap around the yard, he won't need to shovel any more dirt, or compost or manure, and he will not have to carry gas cans and the motor for our sh*tty boat a mile down our crappy road to the river which needs to be re-graded something fierce....but if you want to talk about re-grading something fierce ---- my man tries every year to make our crappy 275ft driveway better BY HAND...and he has done so for the past 7yrs. not anymore. we are getting a tractor.