after a snowless and gray entire month of december, january has been much brighter! 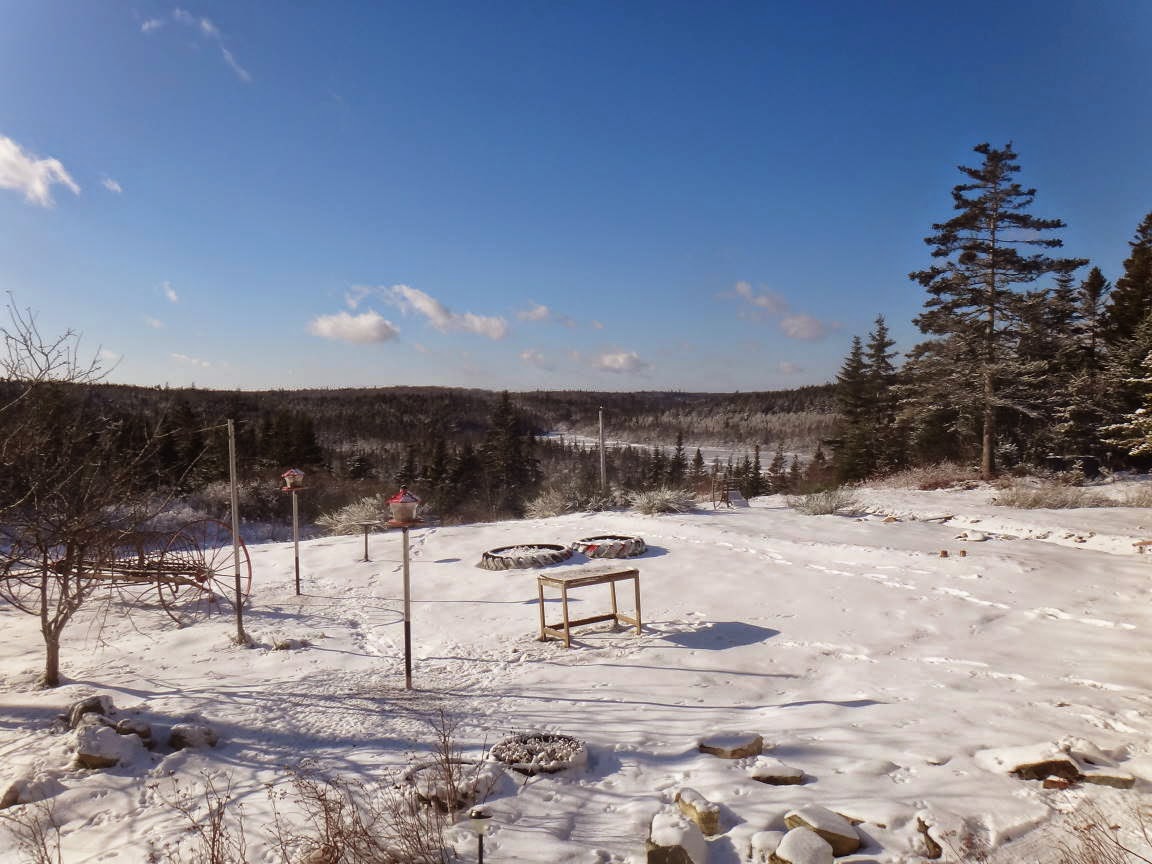 we haven't had any major storms or anything so it has been a nice winter so far. *knocks on wood*

this afternoon we spied this little guy: 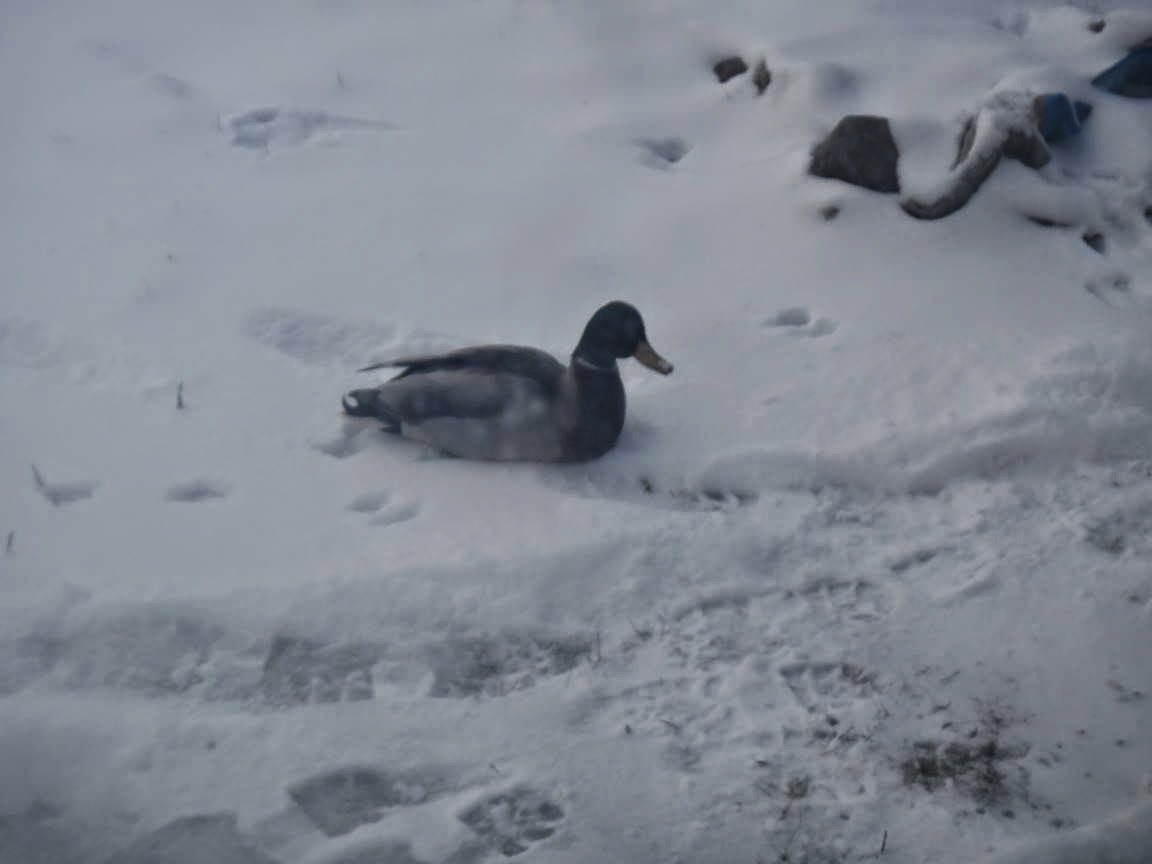 sorry for the bad picture but i took it through a window. he is a male mallard and at first we thought he was hurt. jam went out with a towel to take him in, in case he was hurt, but he flew away. 10 minutes later we found him out under the bird feeder and he's been there ever since! 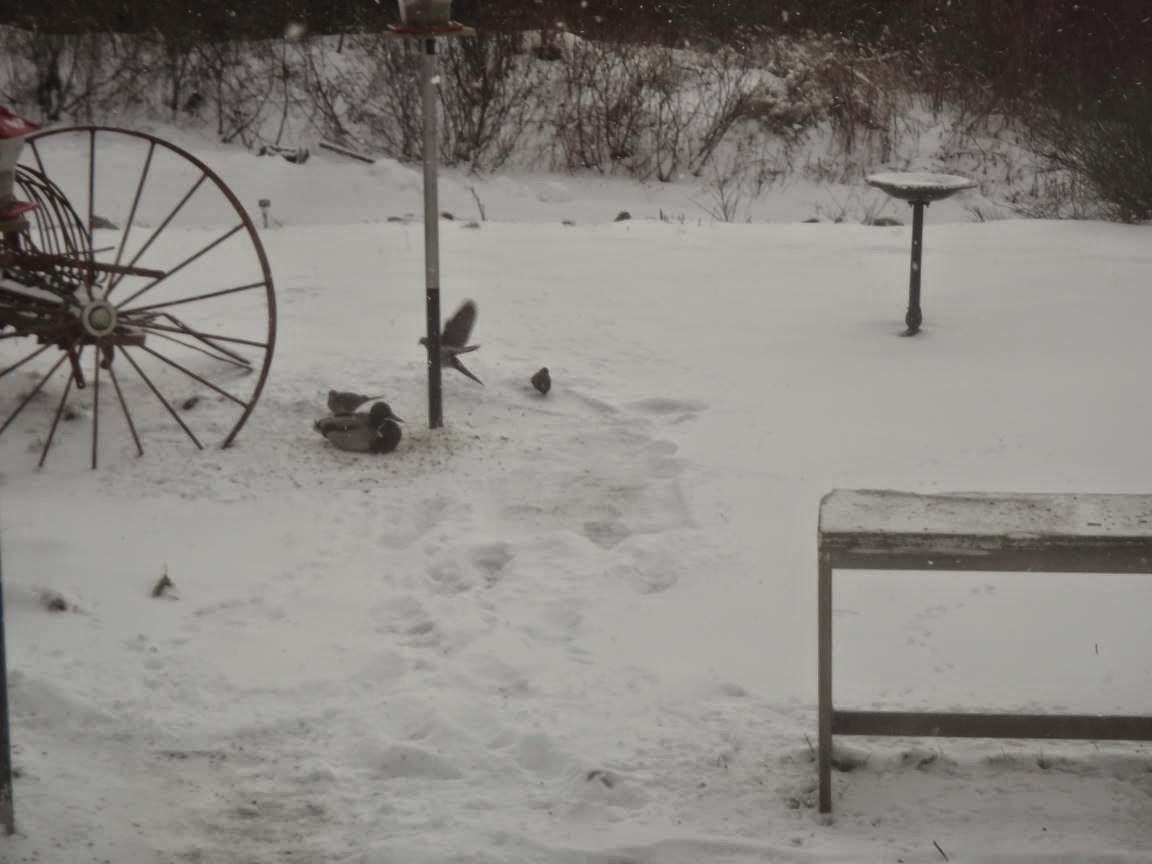 it looks like we have a duck - woohoo! he doesn't seem to be going anywhere anytime soon so here's hoping he'll get a mate and bring her back with him. then in the spring we'll set up a pool for them. if he ends up choosing to stay here, we'll turn him into our guard duck! bahahahah!

kids, what is it about january that makes me crave potstickers? 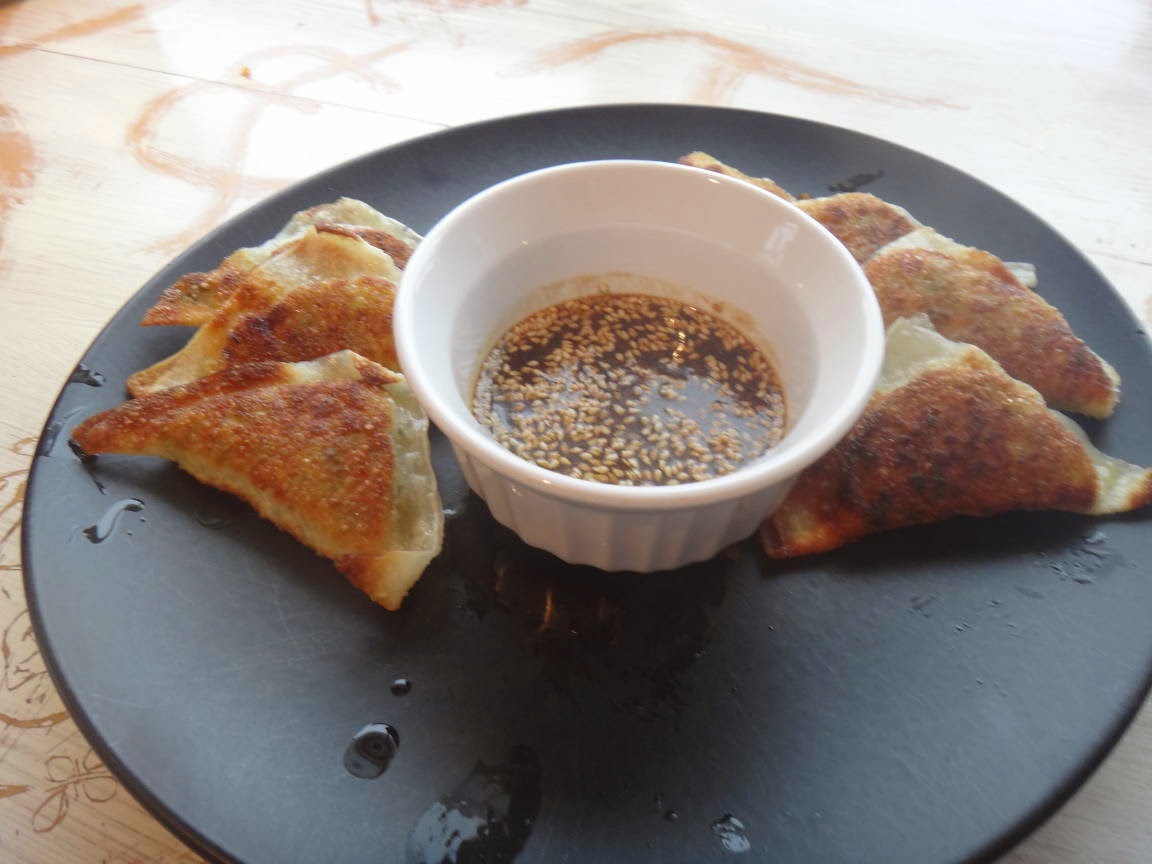 i honestly don't know but every january i go on a pot sticker binge.

january is also a month that we spend our afternoons in the bright sun reading through our Harrowsmith magazines. 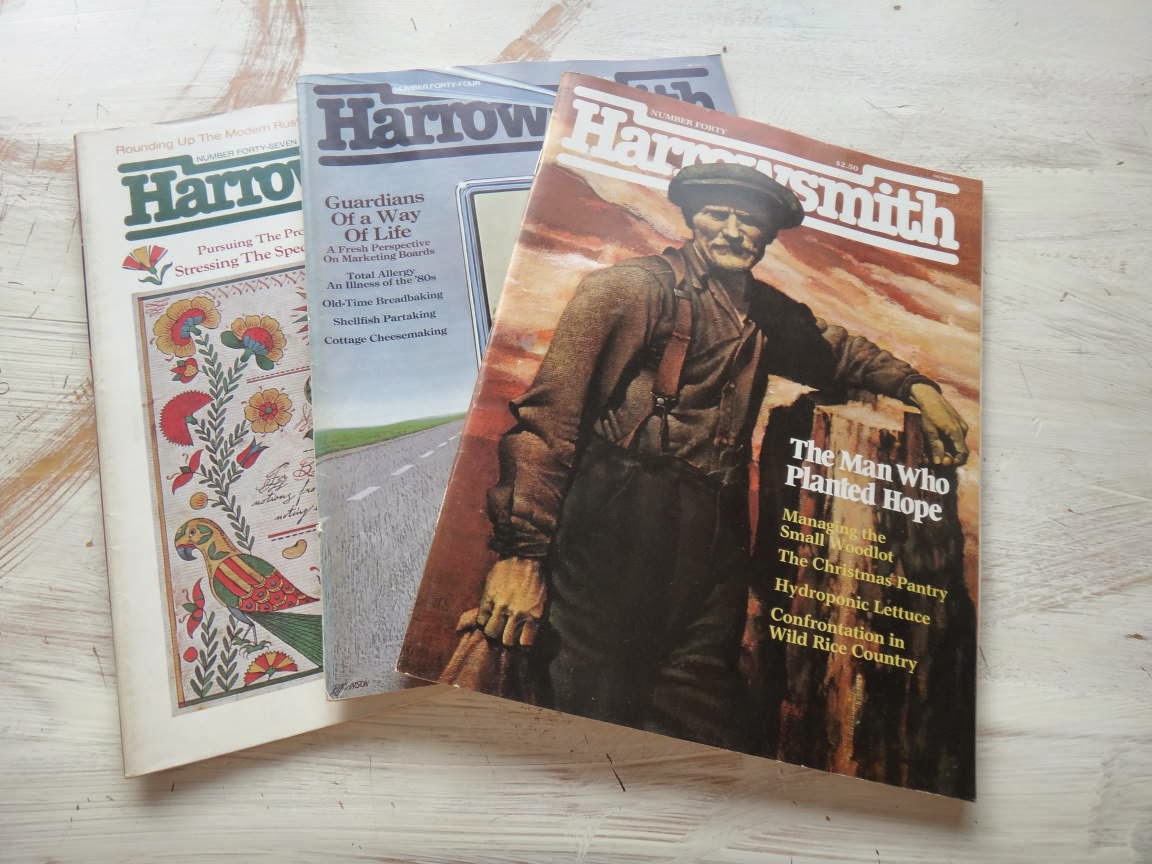 these magazines are like Mother Earth News but were published in Canada. we have over 10 years of these magazines that jam's mom and stepdad gave us before we left the city. we enjoyed reading and learning from them back in the city but they were a godsend for us during our first winter here - shivering, freezing, pipes blowing up, losing power, freezing, more shivering, flooded basement, bathing in bins, melting snow for water, more shivering and freezing BUT bundled up in clothes and blankets and reading our Harrowsmith magazines!

we break them out every winter and re-read the lot of them. and we have learned so much about homesteading/gardening/prepping/self-reliance and we relearn all of this great information every winter.

my mother used to say that if the house was burning down, she would make a bee-line to her photo albums to save them. we would grab our cats and our Harrowsmiths!

hope everyone is having a great week!
Posted by kymber at 2:20 PM