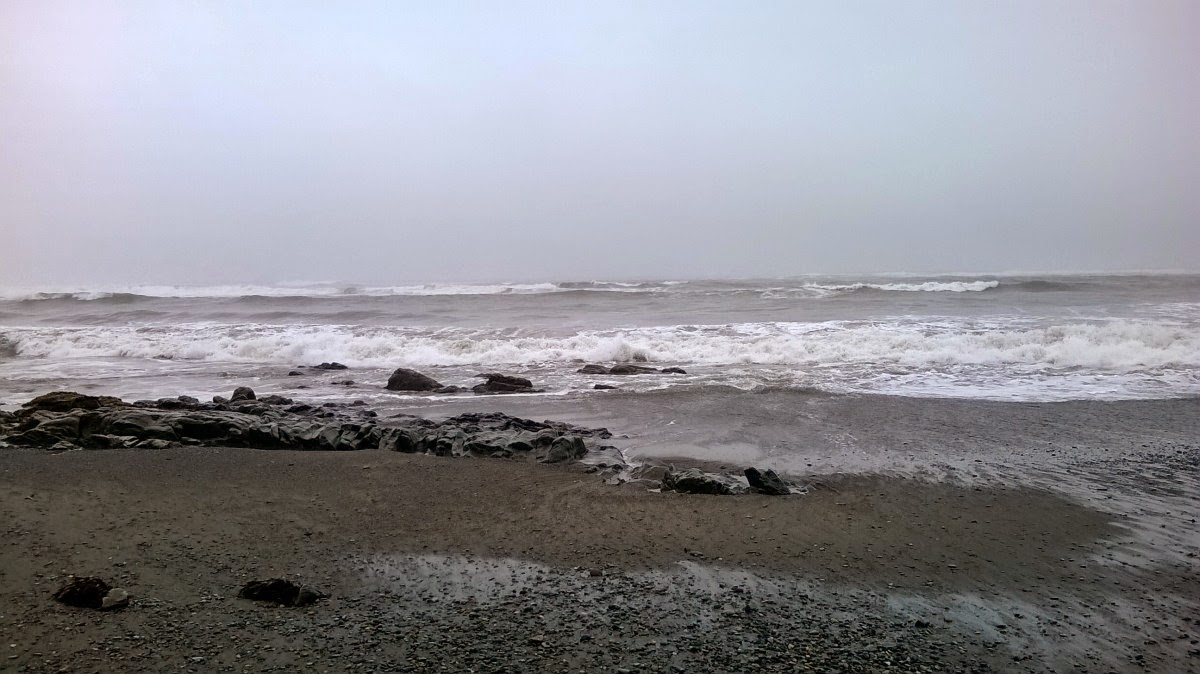 okay here is the rag-tag front - with crappy step and all kinds of ugly drafty plastic..... 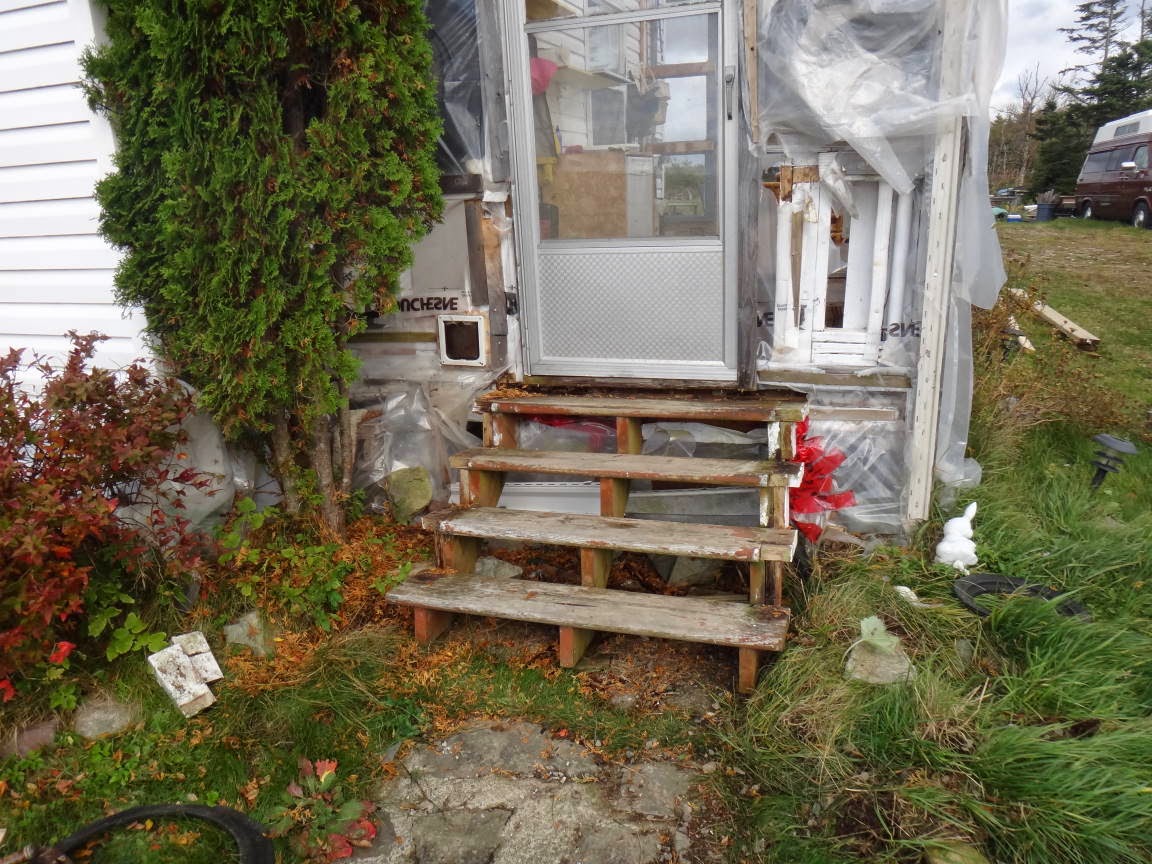 i had blocked the under part with plastic and junk - i had to take off the stairs anyway as moving the dishwasher required me to get under those step which i can barely do - so i planned make the steps removable..

this is the crawl space... at least no spiders!!! 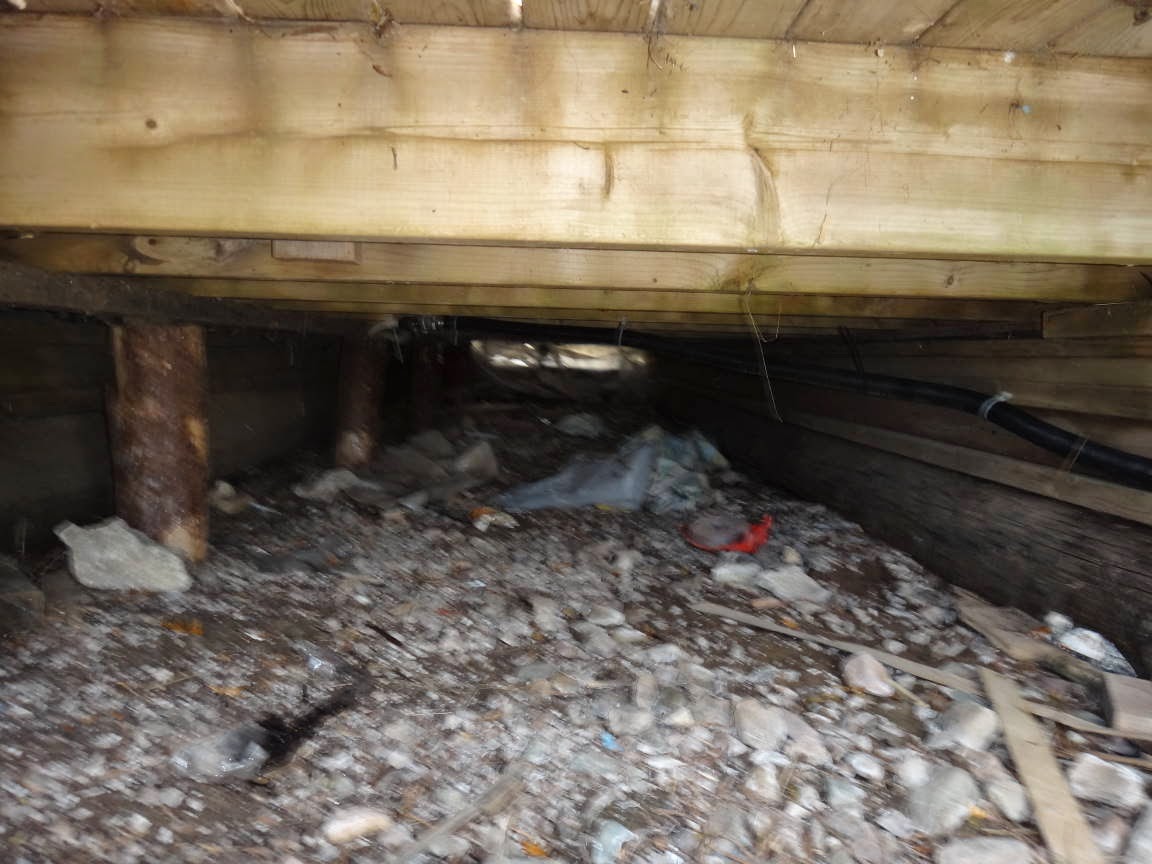 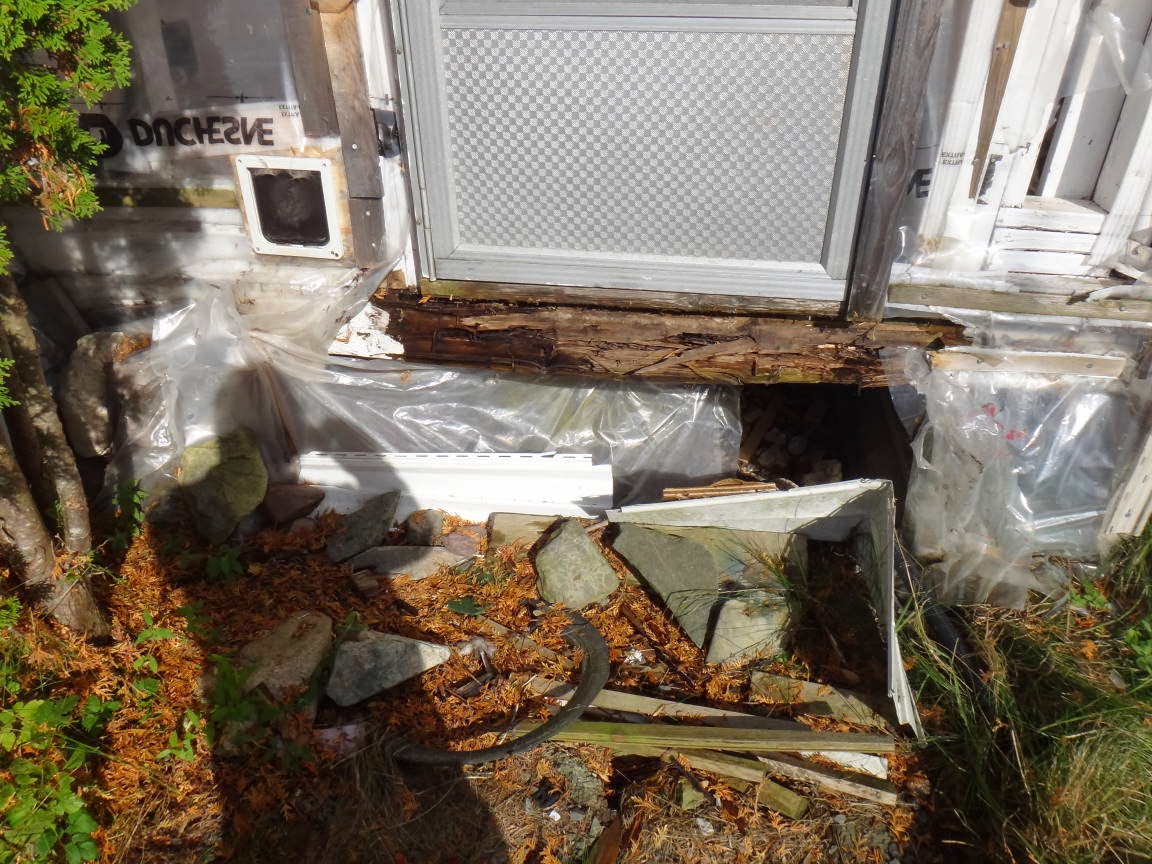 so i cleaned that mess up and you can see there is some rot - no matter - it is only the front joist - the rest are good.. 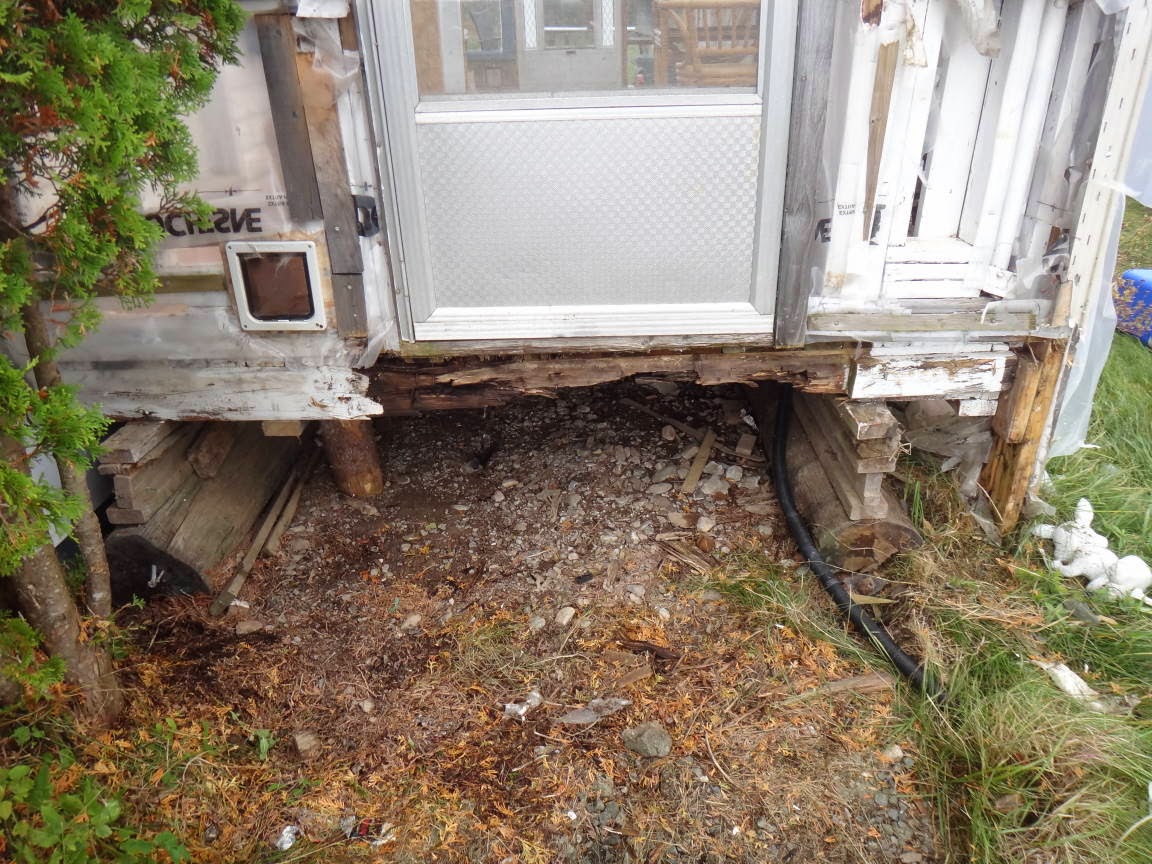 i planned on extending the step a bit with a 2x6, but found and old 2x8 that fit perfectly!!! 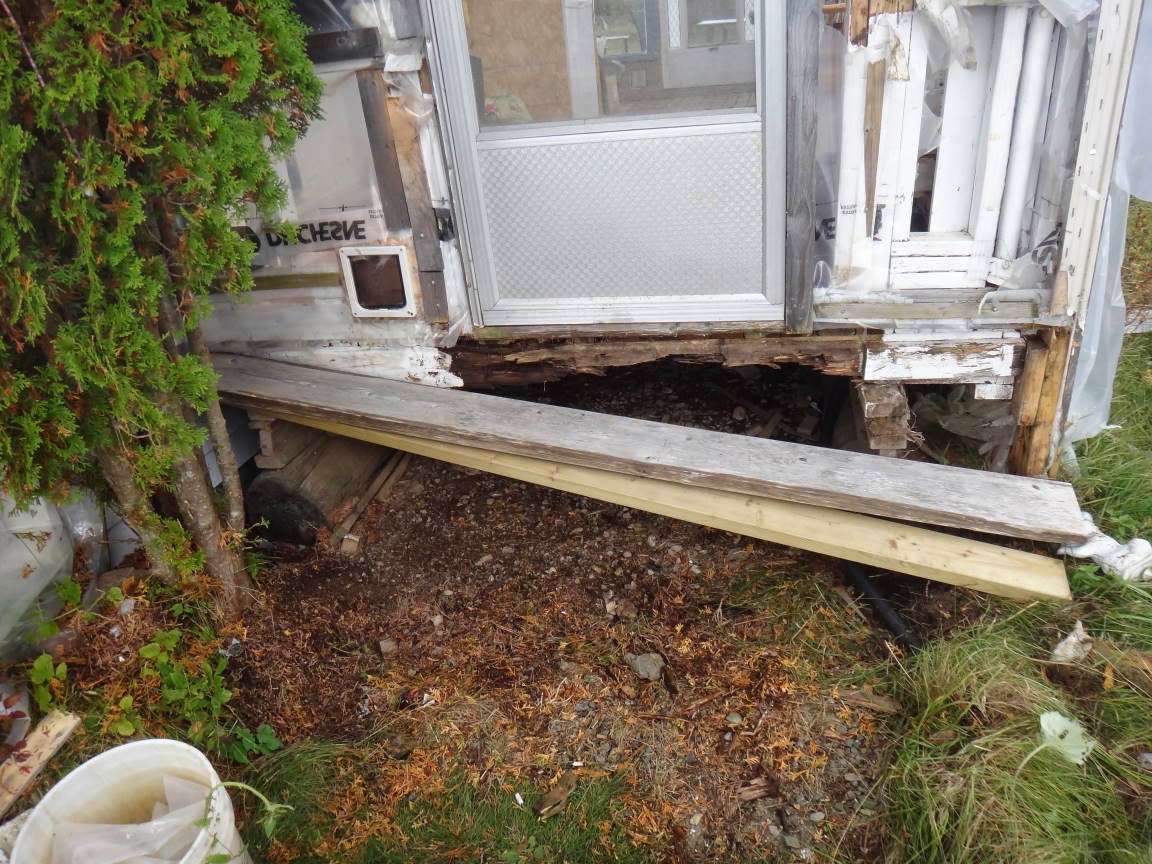 here is the new "step" in place - it gives us a larger area to walk out the door. 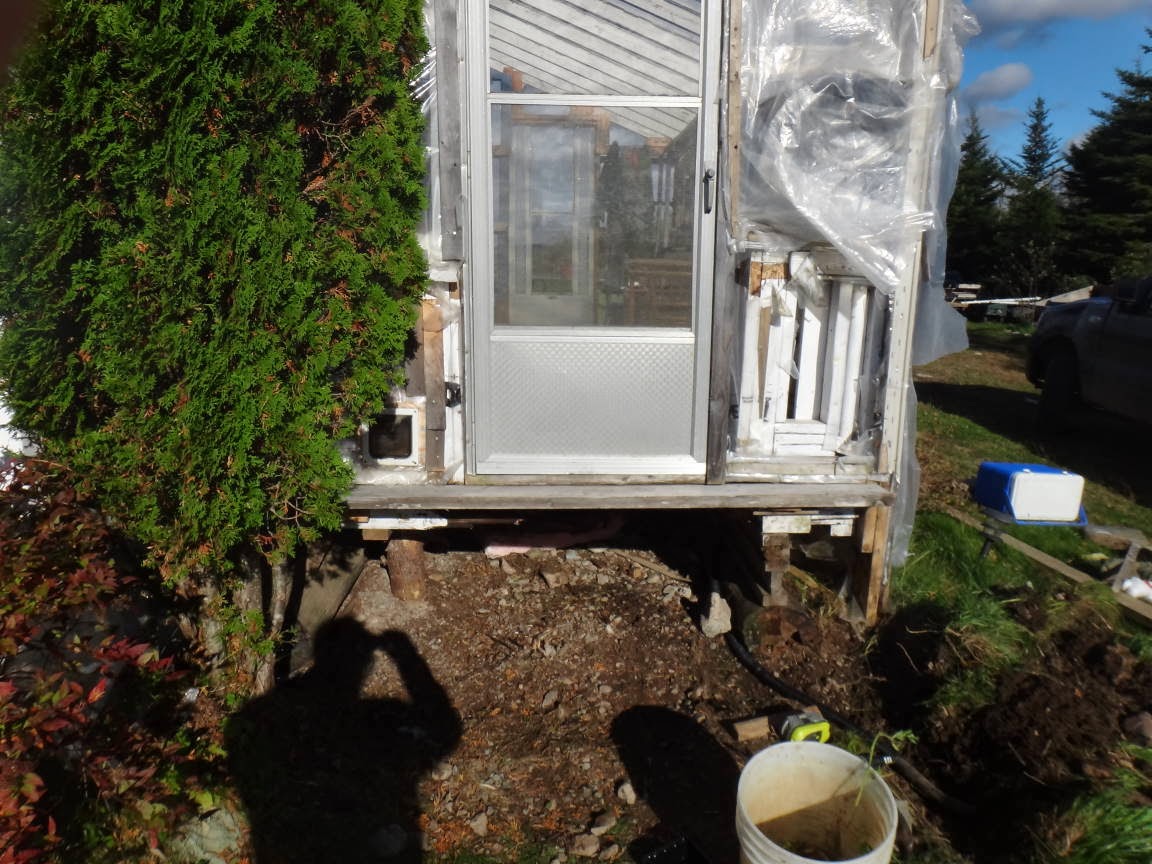 to the right is the dishwasher hose... which drains into a bunch of gravel.. 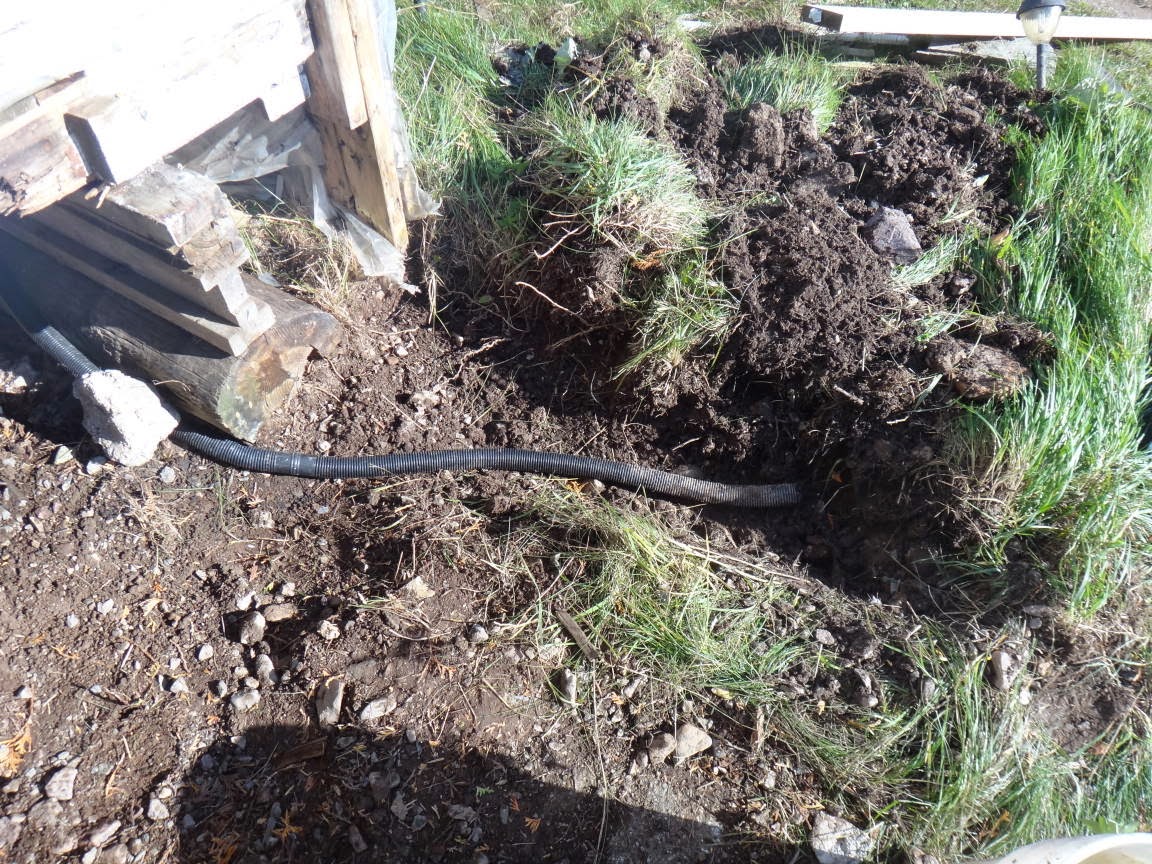 speaking of gravel - back from the beach..... 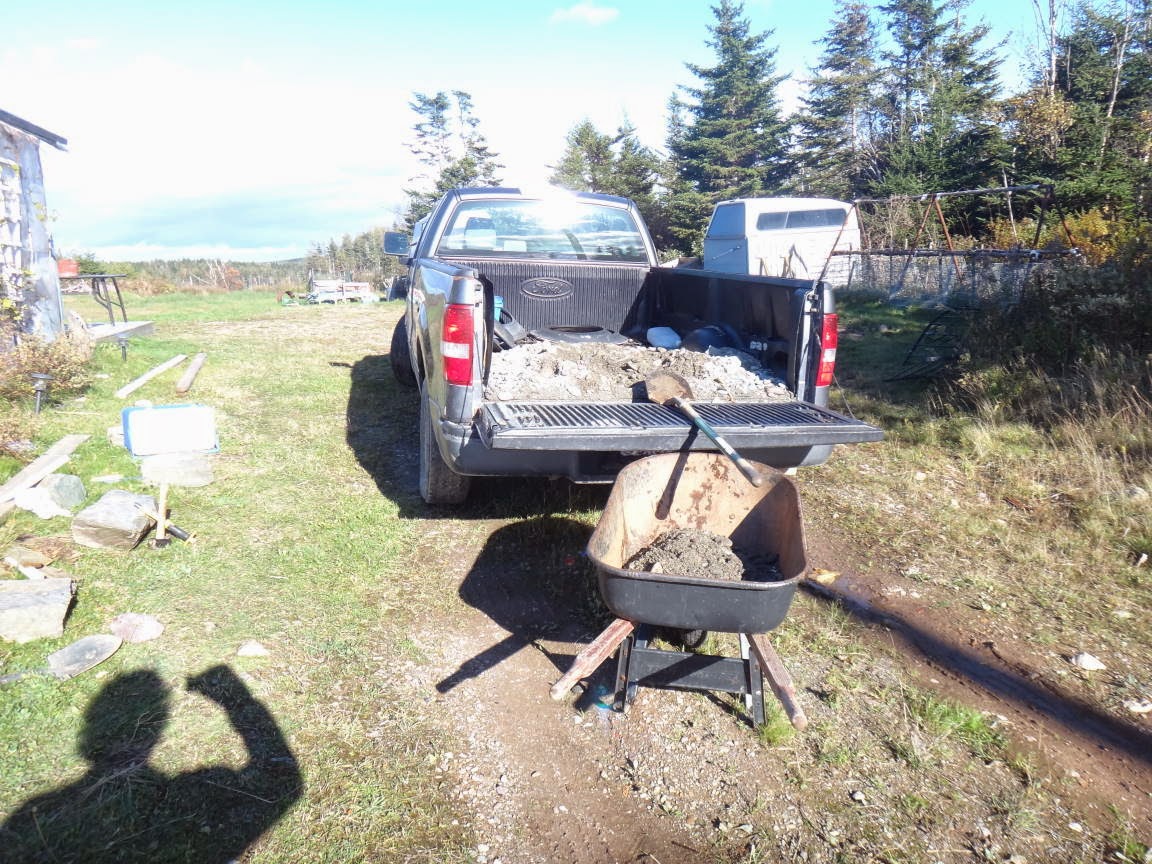 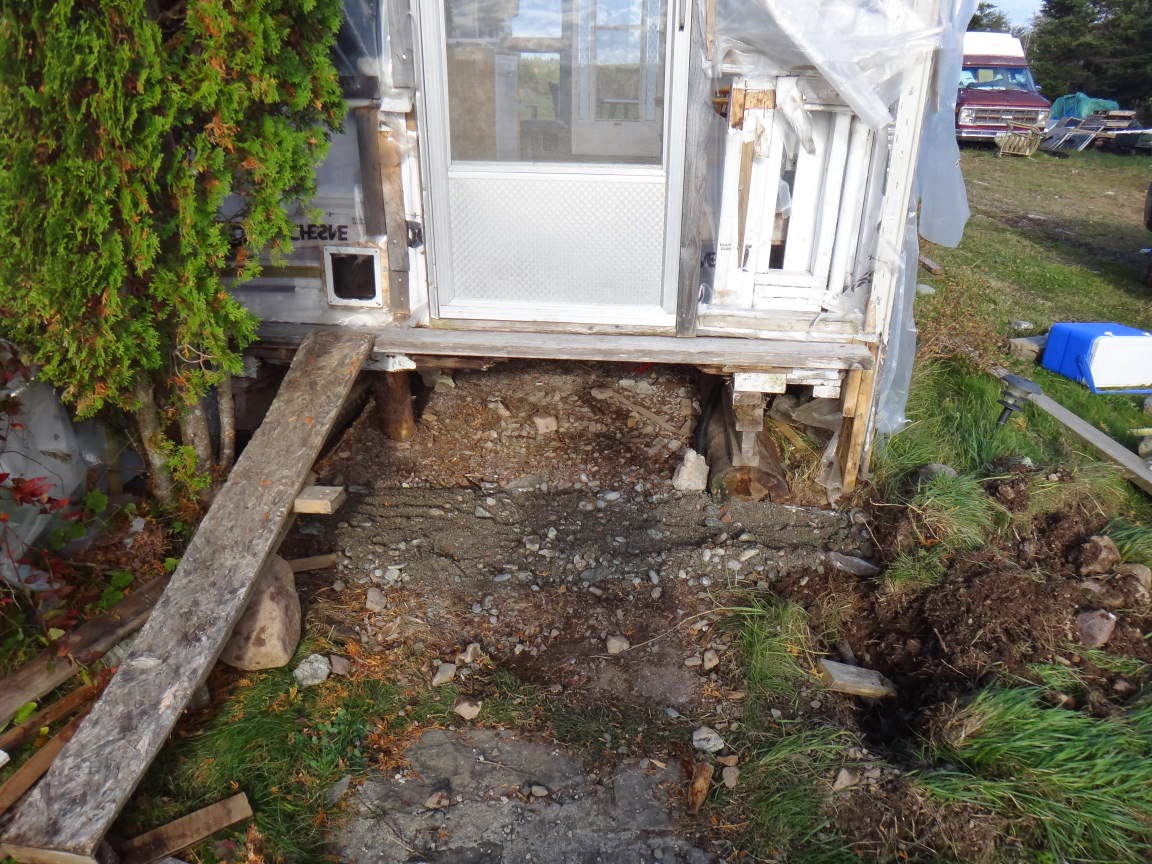 before i framed out the new front area with pt lumber - the big center gap is where i will crawl in now - MUCH better!!! 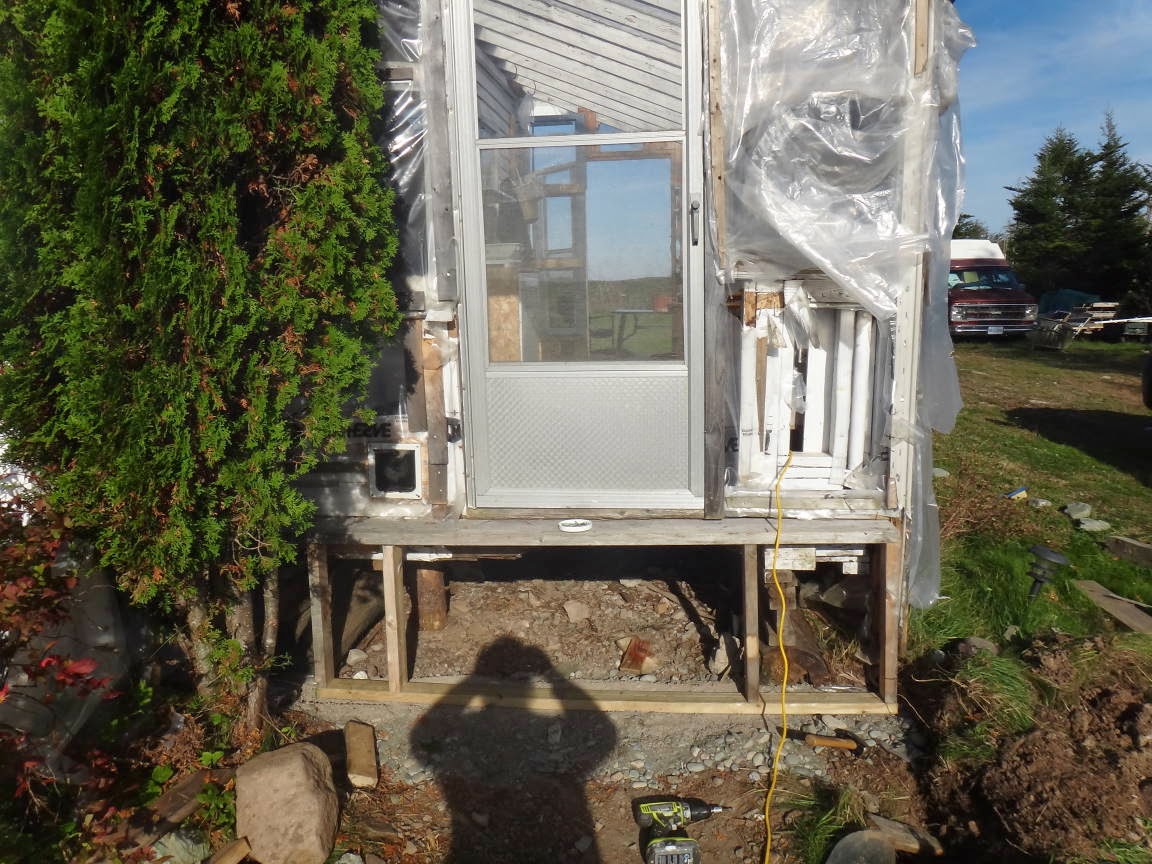 some lumber on the front and sides,,, 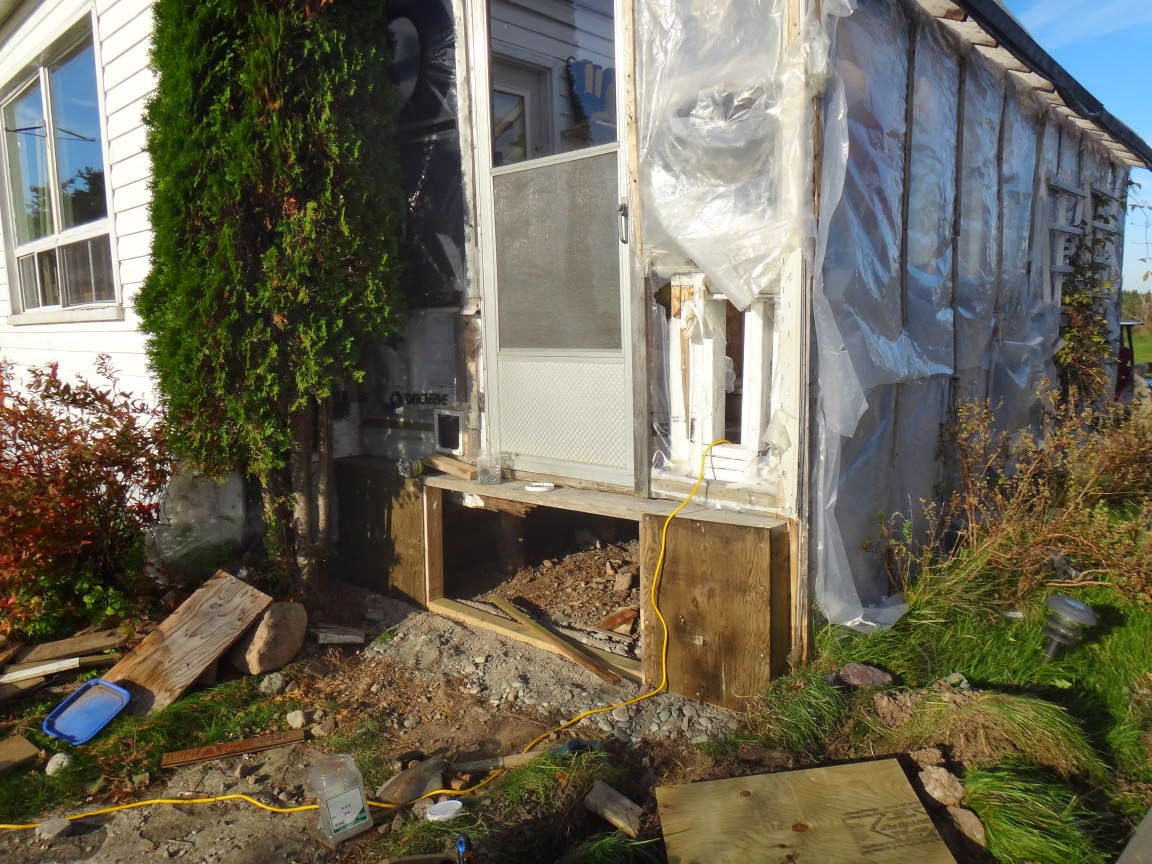 and the front which  is removable with 6 screws.. 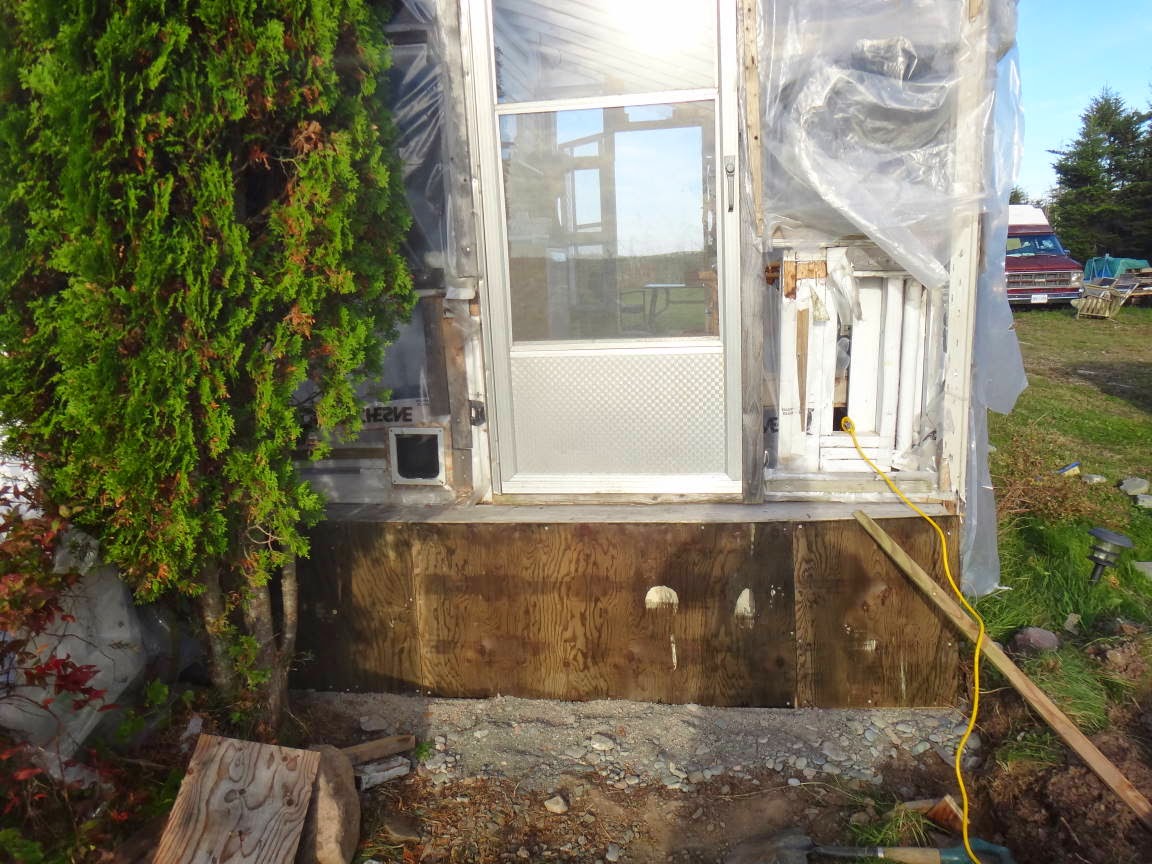 the only thing left at this point are the triangles above the windows and door... 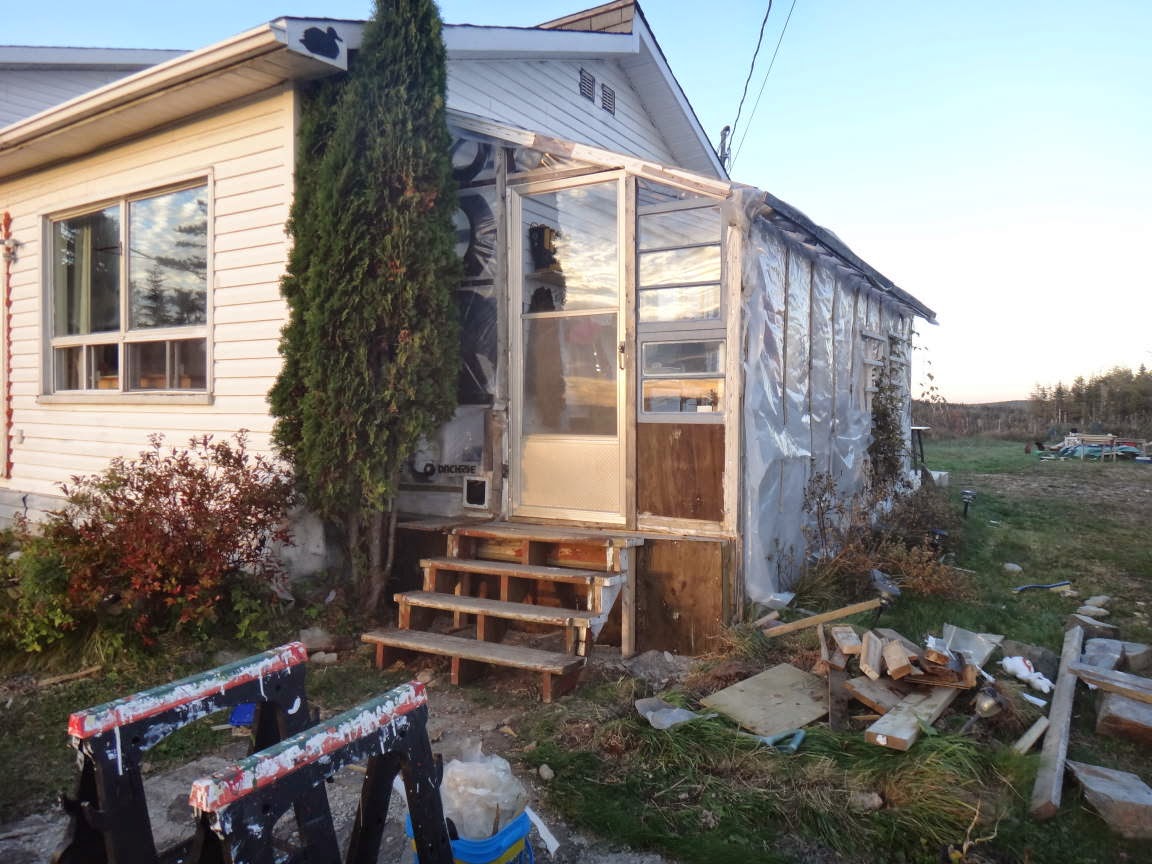 i put a board in the small opening, but the other two got treated with a new discovery of mine made in canada -  a poly channel solution called Poly  Fastener- read all about it here

i wanted to get wiggle wire but couldn't find any close so i ordered a 300 ft roll - it was pricy, but worth it. basically you install the channel first, insert the poly then press in the lock - great for uneven applications and when the plastic is done, you simply remove and re-install - here is a good look ... 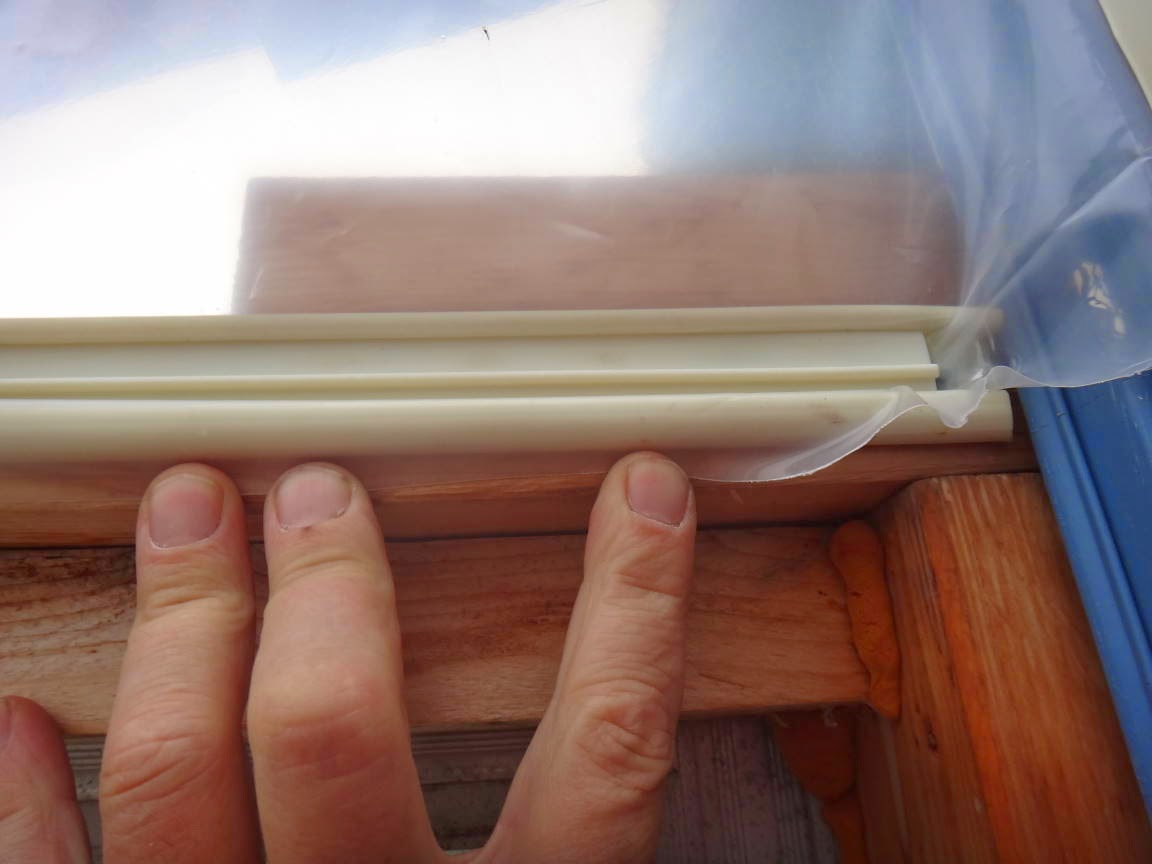 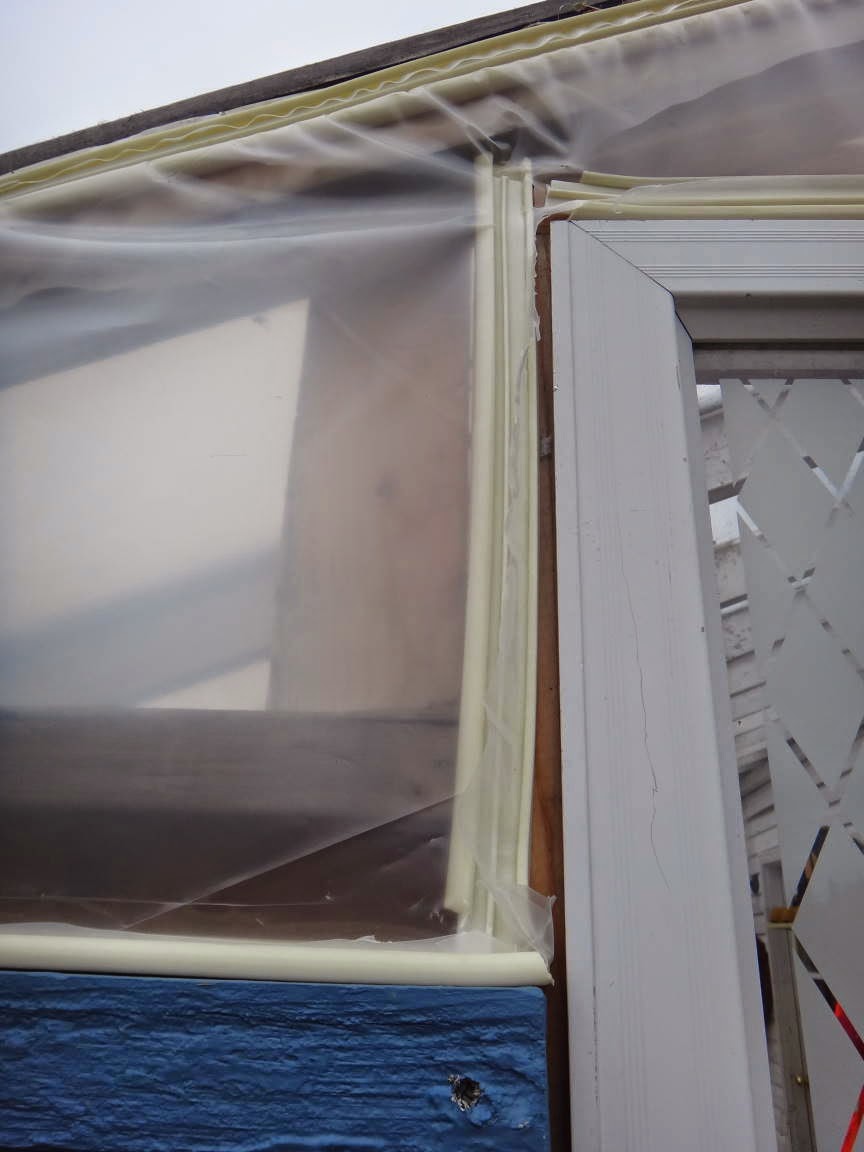 and the whole deal - so far it works great the poly gets pulled really tight!! - i will be using it quite a bit so you will get a better idea of why i bought so much soon ;-) 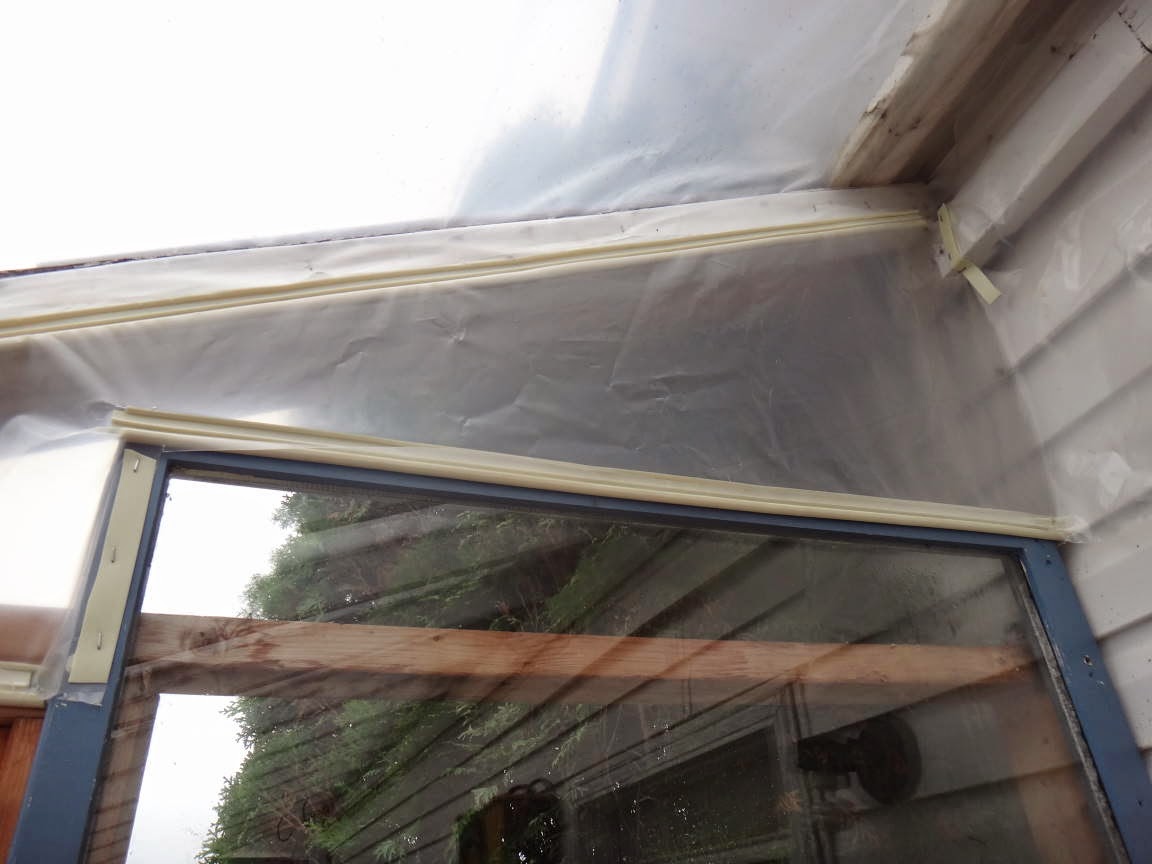 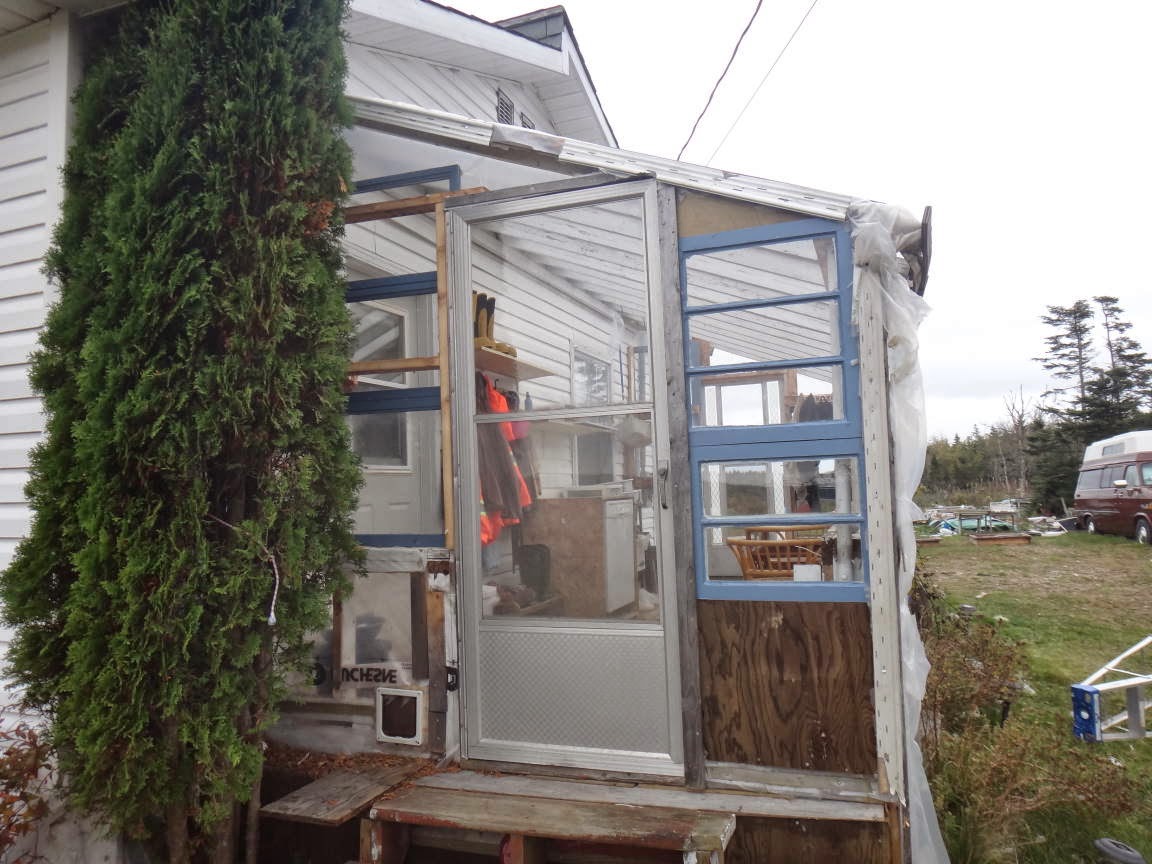 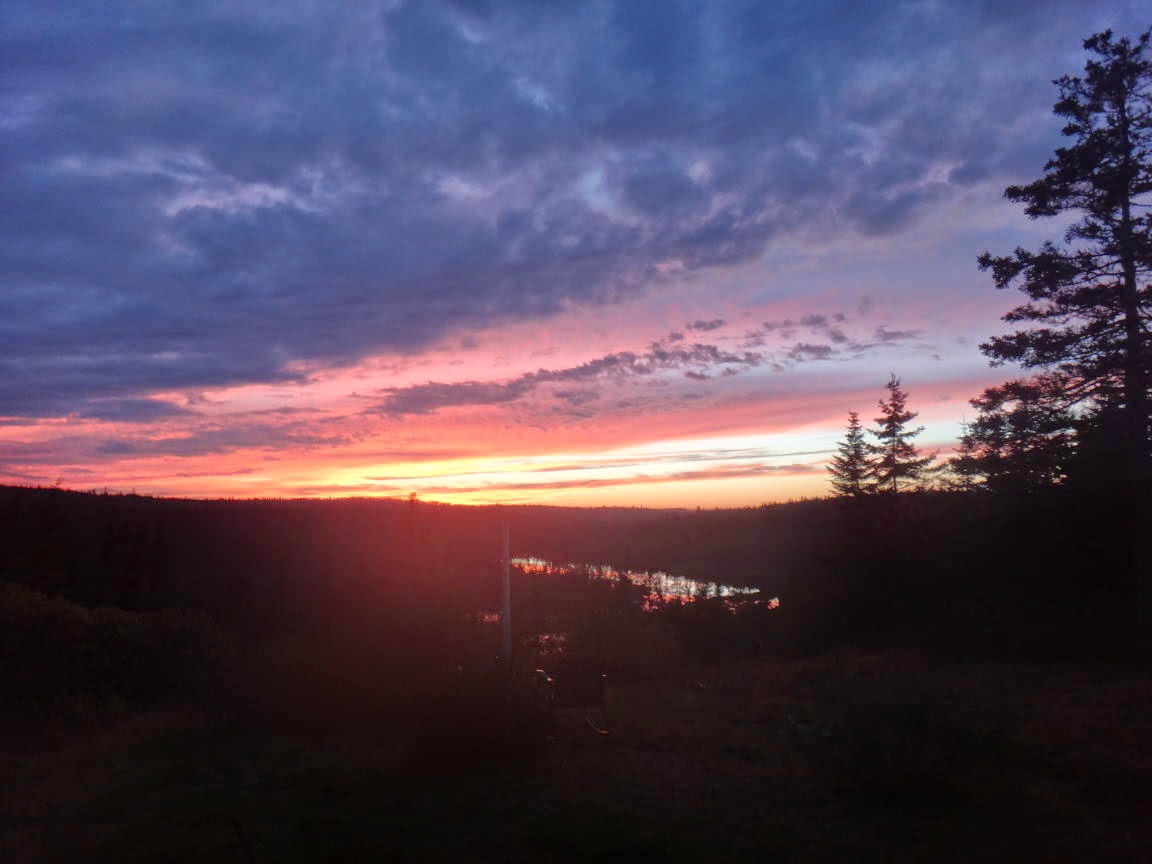 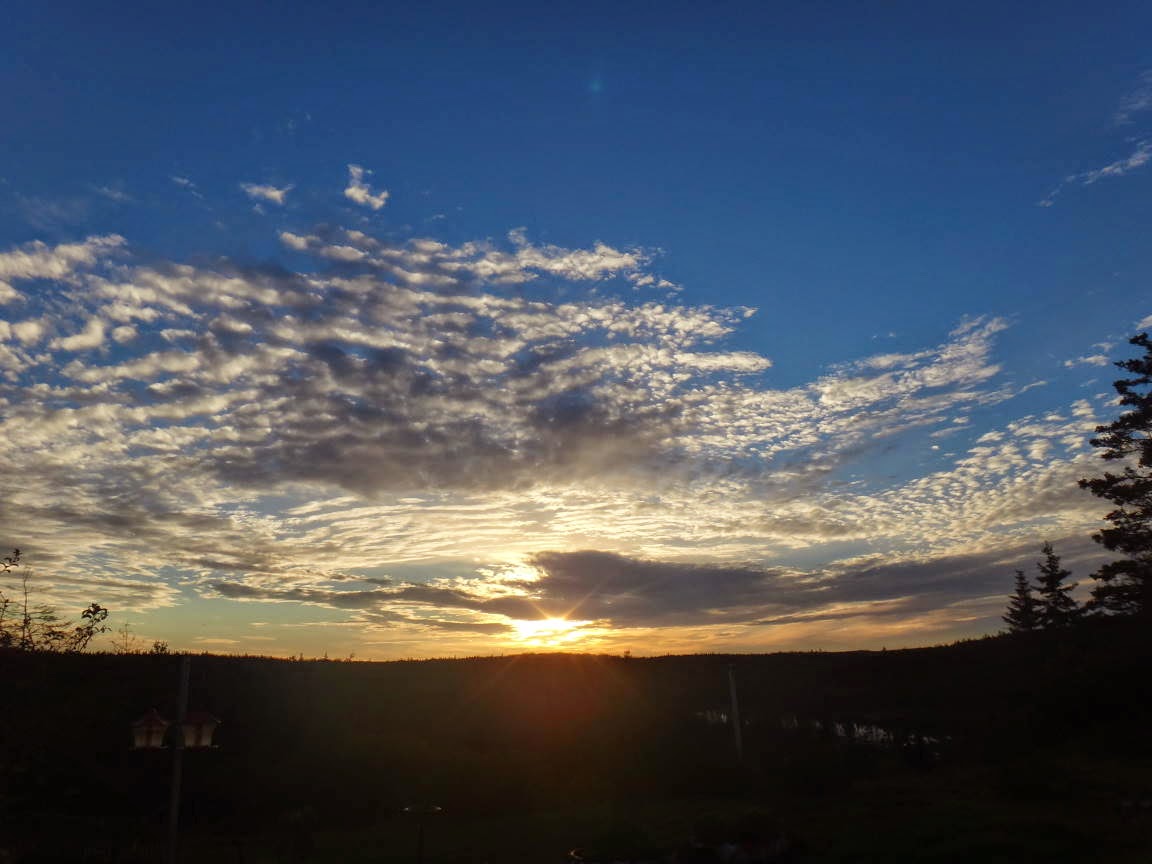 i know a lot of you are buried and freezing - hope you get a break soon - cheers!

Posted by jambaloney at 1:32 PM