the ghost of jambaloney (okay, i know, Halloween is over ;-), and more trench!!

jambaloney here... in the flesh!!

there have been concerns about my demise... thanks PioneerPreppy for being so concerned...

i read all your comments- it was pretty funny!!!! but i think pp may have been using my absence to tell a good story and suck up to kymber ;-) winston may been  worried i have become a zombie, but not the case either... no...after my bone-headed move (driving the truck into the ravine), i have been laying low, trying to get kymber treats and working on the winterization of the manor... back in the saddle so to speak! 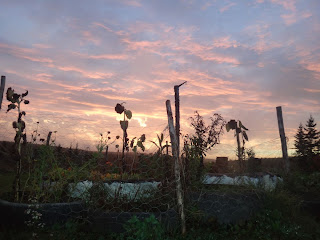 this is where i got to in july; the water is at the footing... (those are kymber's crocs ;-) 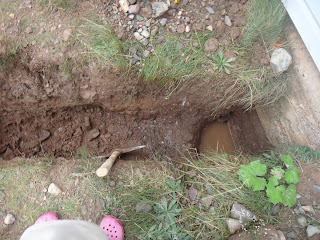 here is a pic of the work i did in sept with me lurking in the background.. i scraped the whole thing down to the footing and dug under the footing to the basement. this was a major step as it provided a way for water to flow out of the basement without the sump pump being necessary... i have left the sump pump in place of course, to be safe, but we had a deluge a week later and the sump pump only came on about 5 times (it was coming down in buckets) 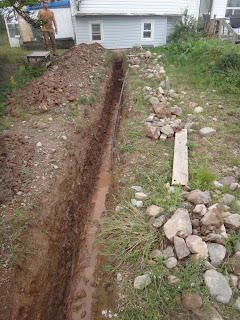 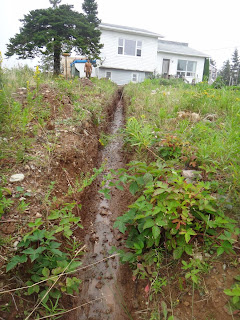 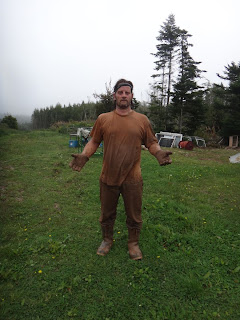 this rock way laying sideways across the trench about 3 feet down...took a good 15-20 mins to remove .. i thought it was the biggest left... you know how THOSE assumptions turn out!! it was a great anchor for the temporary (forever) drainage... top to bottom:  gray water, dishwasher. sump pump.. 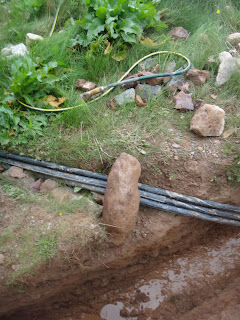 here you get a good view of the deeper trench and the pipes.. 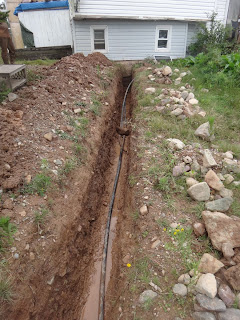 PART II - Nov 01 - because i ditched the truck last week, i needed a pride booster... SO I FINISHED THE TRENCH!


i needed to have a pipe that size go under the footing: 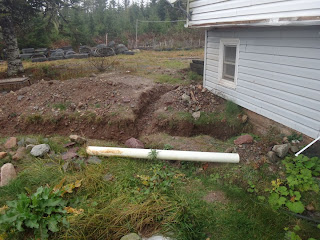 there is the hole from sept 09: 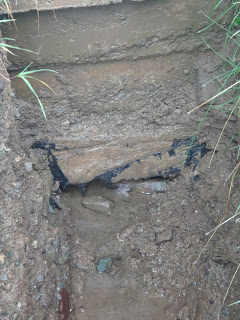 this rock was 6 times bigger that the last "biggest" rock... i had to pulverize it with the sledge hammer and take it out in bits... took over an hour and rattled 5 teeth outta my head!! 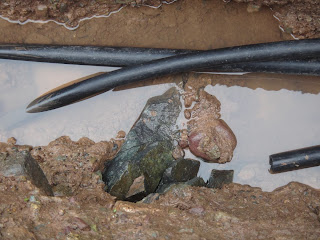 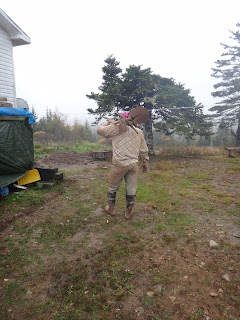 in my element... (i guess) we all have our rationalizations!!! 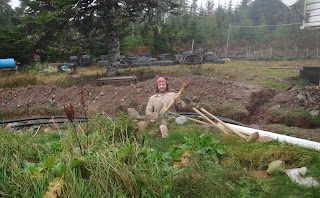 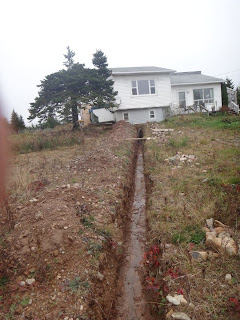 the night i took that first sky pic was amazing... 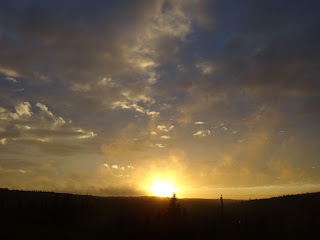 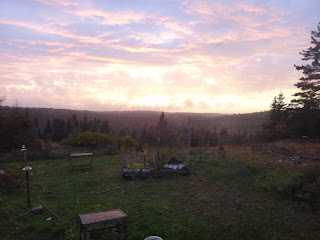 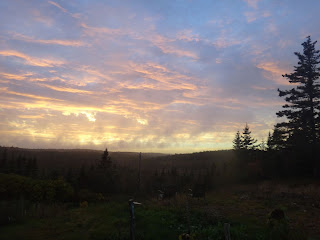 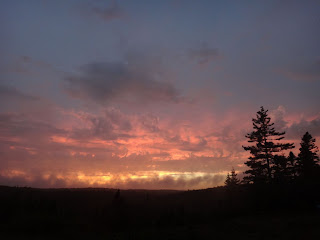 and the next morning  mist in the valley .. 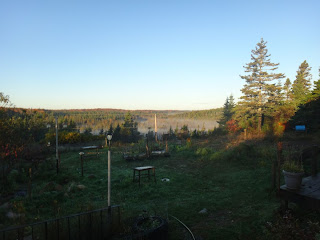 back from the dead, cheers all and have a great weekend!!!

Posted by jambaloney at 2:19 PM